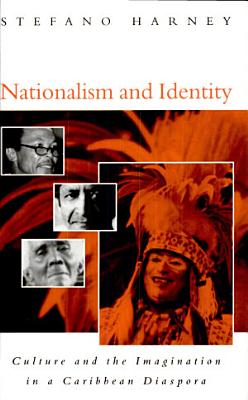 The nation-state of Trinidad and Tobago offers a unique nation-space, as Homi K Bhabha would say, for the study of the forces and ideologies of nationalism. This book reveals how this ethnically diverse nation, independent for less than forty years, has provided fertile ground for the creative tension between the imagination of the writer and the official discourse on nationalism. Harney argues that this discourse has in turn been embedded in a struggle that propelled the nation's story. He explores the influences on the sense of national identity caused by migration and the ethnicization of migrant communities in the cities. Adding to the comparative tone of much of this book, models of nationalism and ethnicity, often based on other societies, are tested against the imaginings of Trinidad by such essayists as VS Naipaul, CLR James, Willi Chen, Valerie Belgrave and Earl Lovelace. Using the wealth of imaginative literature produced by Trinidadians at home and abroad over the last forty years, together with European-based scholarship on theories of nationalism, this book provides a fascinating understanding of the forging of a national identity. 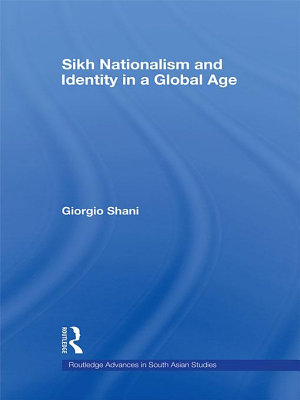 Sikh Nationalism and Identity in a Global Age examines the construction of a Sikh national identity in post-colonial India and the diaspora and explores the reasons for the failure of the movement for an independent Sikh state: Khalistan. Based on a decade of research, it is argued that the failure of the movement to bring about a sovereign, Sikh state should not be interpreted as resulting from the weakness of the ‘communal’ ties which bind members of the Sikh ‘nation’ together, but points to the transformation of national identity under conditions of globalization. Globalization is perceived to have severed the link between nation and state and, through the proliferation and development of Information and Communications Technologies (ICTs), has facilitated the articulation of a transnational ‘diasporic’ Sikh identity. It is argued that this ‘diasporic’ identity potentially challenges the conventional narratives of international relations and makes the imagination of a post-Westphalian community possible. Theoretically innovative and interdisciplinary in approach, it will be primarily of interest to students of South Asian studies, political science and international relations, as well as to many others trying to come to terms with the continued importance of religious and cultural identities in times of rapid political, economic, social and cultural change. 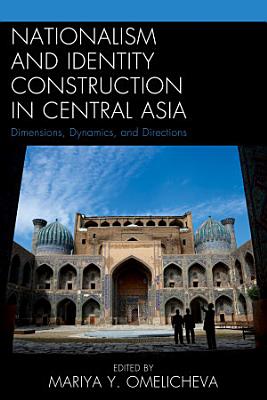 Identity movements, based on ethnicity, caste, language, religion and regional identity, have become increasingly significant in Nepal, reshaping debates on the definition of the nation, nationalism and the structure of the state. This book analyzes the rapid rise in ethnic and nationalist mobilization and conflict since 1990, the dynamics and trajectories of these movements, and their consequences for Nepal. From an interdisciplinary perspective, the book looks at the roots of mobilization and conflicts, the reasons for the increase in mobilization and violent activities, and the political and social effects of the movements. It provides a historical context for these movements and investigates how identities intersect with forms of political and economic inequality. Nepal's various identity groups - Dalits, indigenous nationalities, Madhesis and Muslims - have mobilized to different extents. By examining these diverse movements within the same time period and within a unitary state, the book illuminates which factors are more salient for the mobilization of identity groups. Bringing together empirical contributions on key issues in identity production in a comparative perspective, the book presents an interesting contribution to South Asian studies as well as studies of nationalism and identity more broadly. 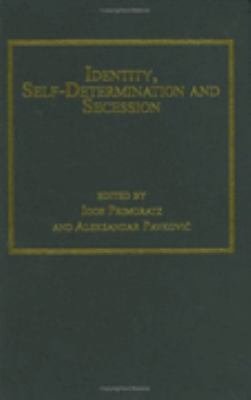 Engaging with a range of interconnected and highly topical issues of identity, self-determination and secession, this book discusses nationalism as an important component of identity of individuals and groups, and also examines patriotism, which has recently undergone a dramatic revival. The book includes contributions by prominent philosophers and political and legal theorists from Australia, Canada, Israel, and the United States. 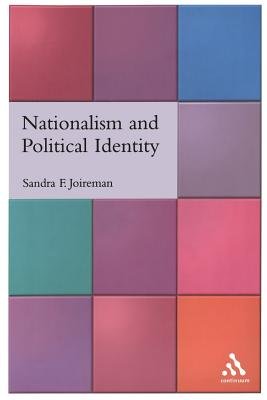 This is a lively and well-written textbook, which will prove a valuable addition to the IR textbook series - mainly because the ideas it covers have changed so fundamentally in the last ten years. Nationalism and ethnicity are uniquely considered within the context of both traditional IR theory and 'new' IR (ie Cold War perspectives). Joireman explains the conflict between primordialism (the view that ethnicity is inborn and ethnic division natural), instrumentalism (ethnicity is a tool to gain some larger, typically material end) and social constructivism (the emerging consensus that ethnicity is flexible and people can make choices about how they define themselves). Case studies are included on Quebec, Bosnia, Northern Ireland and Eritrea. 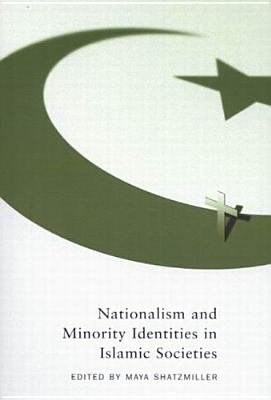 The movement of nation building in Islamic societies away from the secular or Pan-Arab models of the early twentieth century toward a variety of "nationalisms" was accompanied by growing antagonism between the Muslim majority and ethnic or religious minorities. The papers in Nationalism and Minority Identities in Islamic Societies offer a comparative analysis of how these minorities developed their own distinctive identities within the modern Islamic nation-state. The essays focus on identity formation in five minority groups - Copts in Egypt, Baha'is and Christians in Pakistan, Berbers in Algeria and Morocco, and Kurds in Turkey and Iraq. While every minority community is distinctive, the experiences of each show that a state's authoritarian rule, uncompromising attitude towards expressions of particularism, and failure to offer tools for inclusion are all responsible for the politicization and radicalization of minority identities. The place of Islam in this process is complex: while its initial pluralistic role was transformed through the creation of the modern nation-state, the radicalization of society in turn radicalized and politicized minority identities. Minority groups, though at times possessing a measure of political autonomy, remain intensely vulnerable. Contributors include Juan R.I. Cole (University of Michigan), David L. Crawford (Fairfield University), Michael Gunter (Tennessee Technological University), Azzedine Layachi (St John's University), Richard C. Martin (Emory University), Paul S. Rowe (University of Western Ontario), Maya Shatzmiller (University of Western Ontario), Charles D. Smith (University of Arizona), Pieternella van Doorn-Harder (Valparaiso University), the late Linda S. Walbridge (University of Oklahoma), and M. Hakan Yavuz (University of Utah). Announcing the series: Studies in Nationalism and Ethnic Conflict General Editors: Sid Noel and Richard Vernon, co-directors of University of Western Ontario's Nationalism and Ethnic Conflict Research Group. Studies in Nationalism and Ethnic Conflict is a series that examines the political dimensions of nationality in the contemporary world. The series includes both scholarly monographs and edited volumes which consider the varied sources and political expressions of national identities, the politics of multiple loyalty, the domestic and international effects of competing identities within a single state, and the causes of, and political responses to, conflict between ethnic and religious groups. The volumes are designed for use by university students, scholars and interested general readers. 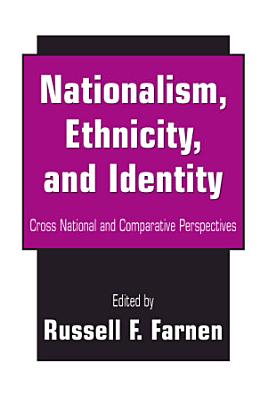 Nationalism, national identity, and ethnicity are cultural issues in contemporary Western societies. Problems in the United States, the Netherlands, Germany, Austria, Turkey, Poland, Croatia, the Ukraine, Hungary, and Bulgaria illustrate both large-scale internal variations in these phenomena as well as their cross-national relevance for teaching, research, and educational development on such subjects as multiculturalism, ethnic diversity, and socialization. 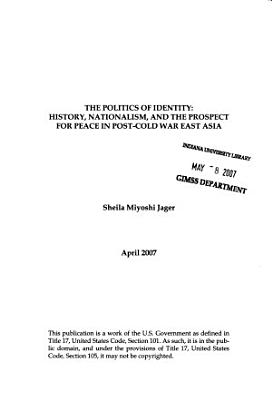 Both the Taiwan Strait and the Korean peninsula harbor real dangers for the Northeast Asian region. The clash between an increasingly divergent nationalist identity in China and in Taiwan represent a new challenge for U.S. policy in this area. Similarly, the rise of pan-Korean nationalism in South Korea, and an unpredictable North Korean regime that has succeeded in driving a wedge between Seoul and Washington, has created another highly combustible zone of potential conflict. The author explores how the United States might respond to the emerging new nationalism in the region in order to promote stability and peace. Offering a constructivist approach which highlights the central role that memory, history and identity play in international relations, the monograph offers wide-ranging implications for U.S. foreign policy. 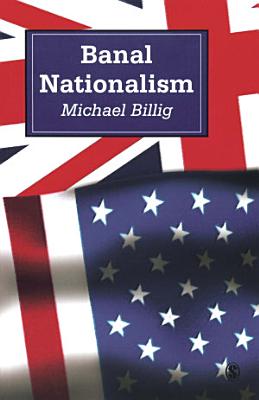 Michael Billig presents a major challenge to orthodox conceptions of nationalism in this elegantly written book. While traditional theorizing has tended to the focus on extreme expressions of nationalism, the author turns his attention to the everyday, less visible forms which are neither exotic or remote, he describes as `banal nationalism'. The author asks why people do not forget their national identity. He suggests that in daily life nationalism is constantly flagged in the media through routine symbols and habits of language. Banal Nationalism is critical of orthodox theories in sociology, politics and social psychology for ignoring this core feature of national identity. Michael Billig argues forcefully that wi 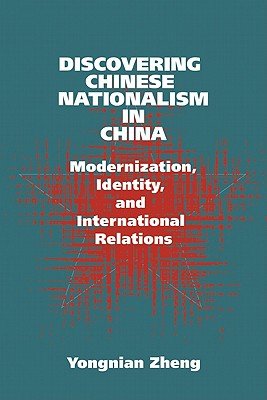 Explores the revival of Chinese nationalism and analyses the ways in which the West deals with this phenomenon. 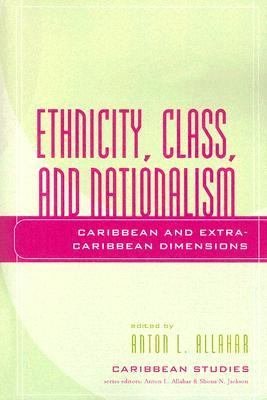 The result is a comparative study that is unique in its scope and also in its level of scholarly reflection. This book is essential reading for anyone interested in advancing their analysis of political, economic, social, and cultural thought in the Caribbean."--Jacket. 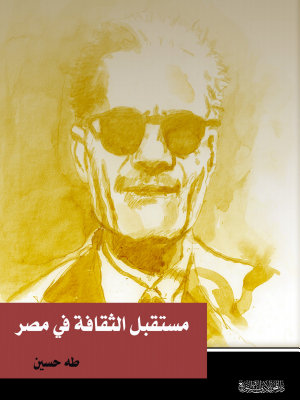