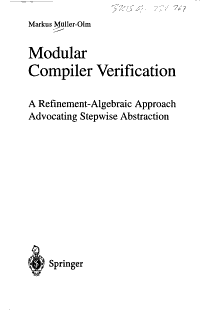 This is the first comprehensive book on hypermedia and the World Wide Web that includes features of the second generation systems. Definitions, history, current technology and problems, leading-edge initiatives, future applications, all these are seen as an unfolding of a millenial communication medium that is not only serving but also involving even the non-technical person in a very technical world. Much of the promise of hypermedia lies in its applications to education, and this receives prominence in the book. The new hypermedia system HyperWave is described in detail. The book's vision, organization, and easy-to-read style make it suitable as a source of information for the practitioner and the general reader. It may also serve both as a reference book for researchers and as a textbook. 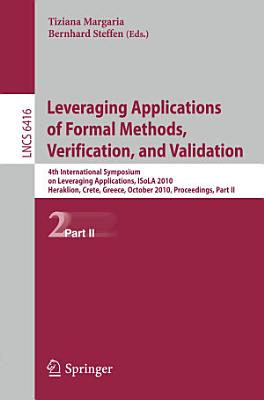 This volume contains the conference proceedings of the 4th International S- posium on Leveraging Applications of Formal Methods, Veri?cation and Vali- tion, ISoLA 2010, which was held in Greece (Heraklion, Crete) October 18–21, 2010, and sponsored by EASST. Following the tradition of its forerunners in 2004, 2006, and 2008 in Cyprus and Chalchidiki, and the ISoLA Workshops in Greenbelt (USA) in 2005, in Poitiers (France) in 2007, and in Potsdam (Germany) in 2009, ISoLA 2010 p- vided a forum for developers, users, and researchers to discuss issues related to the adoption and use of rigorous tools and methods for the speci?cation, ana- sis, veri?cation, certi?cation, construction, testing, and maintenance of systems from the point of view of their di?erent application domains. Thus, the ISoLA series of events serves the purpose of bridging the gap between designers and developers of rigorous tools, and users in engineering and in other disciplines, and to foster and exploit synergetic relationships among scientists, engineers, software developers, decision makers, and other critical thinkers in companies and organizations. In particular, by providing a venue for the discussion of c- mon problems, requirements, algorithms, methodologies, and practices, ISoLA aims at supporting researchers in their quest to improve the utility, reliability, ?exibility, and e?ciency of tools for building systems, and users in their search for adequate solutions to their problems. 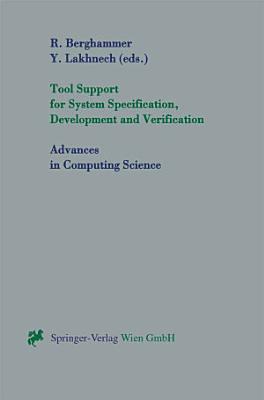 The correct development of large / com plex pieces of software demands a thorough structuring of the design process. In a first phase the requirements engineering is relevant for capturing the relevant functionality and its adequate formalization in precise mathematical definitions. Prototyping can can be used as a means for checking the functional behaviour at this early stage of development. The ade quate specification resulting from the first phase is then the basis for the second phase which comprises the derivation of an implementation. This phase requires the use of formal methods and tools to verify/validate the implementation. A prerequisite for applying this approach is to have a suitable mechanical support. This volume contains the proceedings of the International Workshop Tool Support for System Specification, Development and Verification organized June 1 - 4, 1998, in Malente, Germany. This workshop is the third in a series of events devoted to this topic. The first two workshops were held in 1994 in Kiel and 1996 in Bremen, Germany. The aim of this workshop is to provide a forum for researchers interested in the use and development of tools which support the use of mathematical techniques for the specification, development and verification of systems. The workshop covers the spectrum from verification tools to graphical editors and compilers. The program of the workshop included an invited lecture and 26 talks. The invited lecture was given by F.W. von Henke (University ofUlm) on Mechanized formal methods and system design. 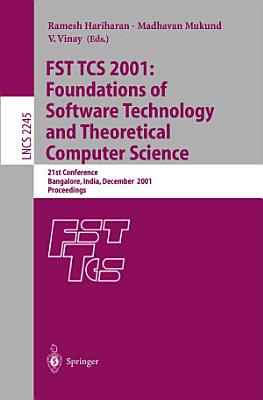 This volume contains the proceedings of the 21st international conference on the Foundations of Software Technology and Theoretical Computer Science (FSTTCS 2001), organized under the auspices of the Indian Association for Research in Computing Science (IARCS). This year’s conference attracted 73 submissions from 20 countries. Each s- mission was reviewed by at least three independent referees. In a departure from previous conferences, the ?nal selection of the papers making up the program was done through an electronic discussion spanning two weeks, without a physical meeting of the Program Committee (PC). Since the PC of FSTTCS is distributed across the globe, it is very di?cult to ?x a meeting whose time and venue is convenient for a substantial fraction of the PC. Given this, it was felt that an electronic discussion would enable all members to participate on a more equal footing in the ?nal selection. All reviews, scores, and comments were posted on a secure website, with a mechanism for making updates and automatically sending noti?cations by email to relevant members of the PC. All PC members participated actively in the discussion. The general feedback on the arrangement was very positive, so we hope to continue this in future years. We had ?ve invited speakers this year: Eric Allender, Sanjeev Arora, David Harel, Colin Stirling, and Uri Zwick. We thank them for having readily accepted our invitation to talk at the conference and for providing abstracts (and even full papers) for the proceedings. 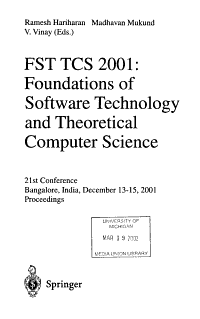 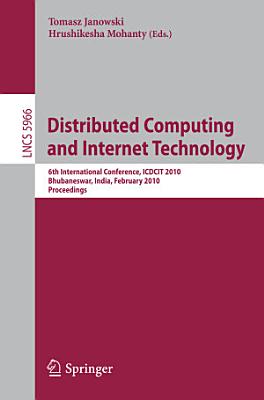 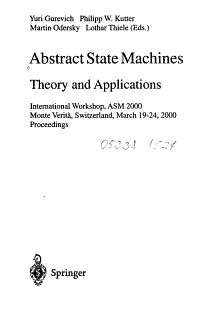 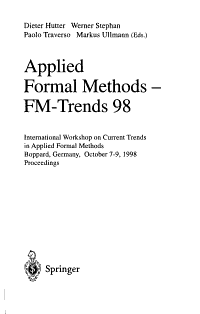 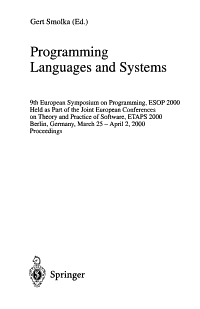 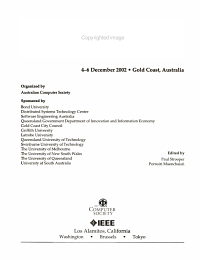 These 57 papers from the December 2002 conference present new approaches to requirements engineering, formal methods, components, software design and architecture, model checking, education, project management, documentation, and software maintenance. Among the topics are the impact of requirements 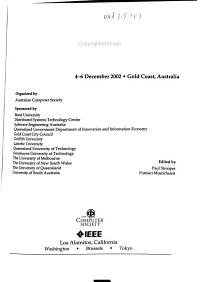 A world list of books in the English language. 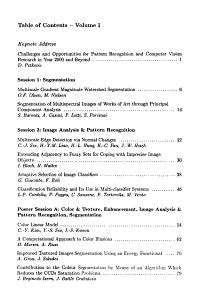 This book is part of the refereed 2-volume proceedings of the 9th International Conference on Image Analysis and Processing, ICIAP'97, held in Florence, Italy, September 1997. Both volumes together present several keynote contributions and 173 revised papers selected from over 300 submissions. The contributing authors (more than 400 in number) provide a wealth of new results in the areas of image analysis, pattern recognition and computer vision. Among the basic topics covered are image enhancement, image segmentation, image compression, motion analysis, object recognition, image understanding, and special hardware architectures and systems, etc. Among the application areas covered are biomedical imaging, character recognition, safety and surveillance, object identification, etc. 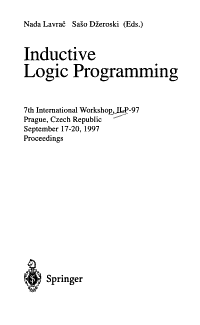