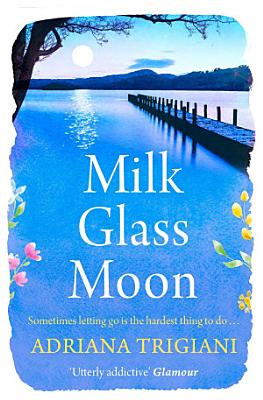 'Utterly addictive' GLAMOUR Can she find it in her heart to let go before it’s too late? As her daughter grows up, Ave Maria can’t help but feel time is slipping through her fingers. Her friends in Big Stone Gap are going through major life changes, too, and her husband seems desperate to reinvent himself in ways nobody could have predicted. Reaching into the past to find answers to the present, Ave Maria is led to places she never dreamed she would go, and as people enter her life and rock the foundation, Ave Maria faces the true test of love: letting go. The third in the bestselling and much-loved BIG STONE GAP series from the bestselling author of The Shoemaker's Wife, a Richard and Judy Book Club pick Praise for the BIG STONE GAP series: 'Hilarious and romantic. I couldn’t put it down’ SARAH JESSICA PARKER 'One of my all-time favourite novels' WHOOPI GOLDBERG ‘If you love curling up with charming tales of small towns and quirky characters, switch off with this’ COSMOPOLITAN

The first in the series, BIG STONE GAP stars an unforgettable cast of characters and a heroine with an extraordinary story to tell. This is a wonderfully vibrant, unashamedly feel-good debut. BIG CHERRY HOLLER is the extraordinary sequel to BIG STONE GAP, taking us back to mountain life in Virginia and also to Italy. A deeply felt, brilliantly evoked story of two lovers who have lost their way, and their struggle to find each other again. The third in the series, MILK GLASS MOON sees Ave Maria led to places she never dreamed she would go, and to people who enter her life and rock its foundation.

Lydia Johnson is seventeen when the atomic bomb is dropped on Japan in 1945. Her family had just moved from the valley that later became known as Oak Ridge, Tennessee. In a vast undertaking called the Manhattan Project, the government took over the valley for the construction of the atomic bomb. In the summer of 1942, fourteen-year-old Lydia is mostly consumed with talking to her friend Willamena about boys and staying out of Mamaas long reach. The Johnsons gradually become aware of the governmentas encroachment. Stranger Robert Doleman shows up and first disrupts their idyllic lives. When he and Lydia meet, he is the disinterested city guy; she is the outgoing but naive country girl. Lydiaas and Robertas paths cross again after she and Willamena happen upon the aftermath of a violent crime. The community is upset about the events, and Lydia is suspicious of Robert. As the communityas suspicion of the suspects turns to a couple of boys, Lydia begins to have romantic thoughts about Robert. The family's lives become even more disrupted as the children return to school and more strangers invade their peace. Finally, the family realizes that their life in the valley will never be the same as tumultuous events in their personal lives erupt and the government's invasion is complete. 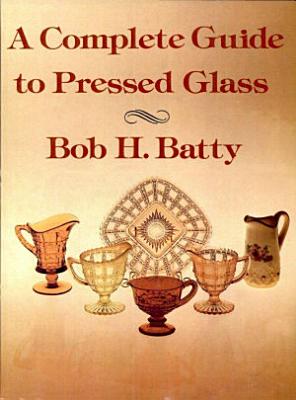 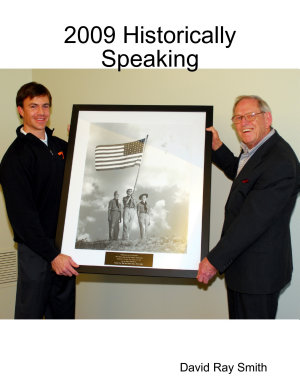 2009 Historically Speaking is the fourth annual volume of historical articles published in The Oak Ridger newspaper. Like others in this series, the weekly stories vary from purely historical events to human interest stories such as the "Two Brothers - A World War II Story" that tells of the struggles these brothers had during the war. One of the series of articles included is the amazing story of the "Oak Ridge Bombers" a semi-professional baseball team from Oak Ridge that existed from the time of the Manhattan Project into the 1960's. This was a proud group of African American men! The history of R & R Properties is included and Rick Chinn wrote the Foreword for the book. The history and some of the unusual events held at the University of Tennessee's Arboretum is included. Finally the history of the Comparative Animal Research Laboratory is also featured. I was pleased to capture these details of Oak Ridge history and am glad to bring them to you in this annual book form. 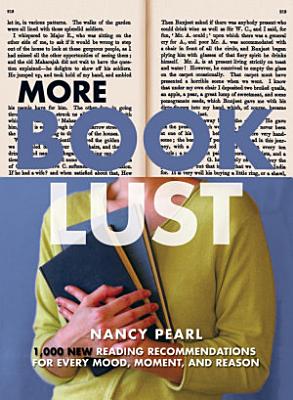 The response to Nancy Pearl’s surprise bestseller Book Lust was astounding: the Seattle librarian even became the model for the now-famous Librarian Action Figure. Readers everywhere welcomed Pearl’s encyclopedic but discerning filter on books worth reading, and her Rule of 50 (give a book 50 pages before deciding whether to continue; but readers over 50 must read the same number of pages as their age) became a standard MO. 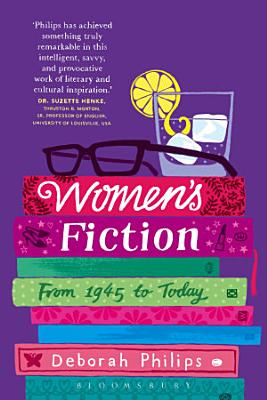 Now in its second edition and with new chapters covering such texts as Elizabeth Gilbert's Eat, Pray, Love and 'yummy mummy' novels such as Allison Pearson's I Don't Know How She Does It, this is a wide-ranging survey of popular women's fiction from 1945 to the present. Examining key trends in popular writing for women in each decade, Women's Fiction offers case study readings of major British and American writers. Through these readings, the book explores how popular texts often neglected by feminist literary criticism have charted the shifting demands, aspirations and expectations of women in the 20th and 21st centuries. 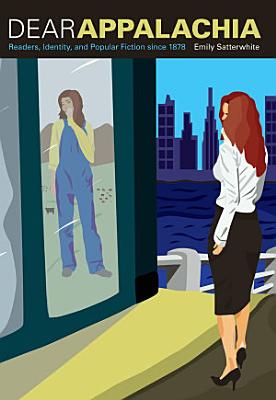 Much criticism has been directed at negative stereotypes of Appalachia perpetuated by movies, television shows, and news media. Books, on the other hand, often draw enthusiastic praise for their celebration of the simplicity and authenticity of the Appalachian region. Dear Appalachia: Readers, Identity, and Popular Fiction since 1878 employs the innovative new strategy of examining fan mail, reviews, and readers' geographic affiliations to understand how readers have imagined the region and what purposes these imagined geographies have served for them. As Emily Satterwhite traces the changing visions of Appalachia across the decades, from the Gilded Age (1865--1895) to the present, she finds that every generation has produced an audience hungry for a romantic version of Appalachia. According to Satterwhite, best-selling fiction has portrayed Appalachia as a distinctive place apart from the mainstream United States, has offered cosmopolitan white readers a sense of identity and community, and has engendered feelings of national and cultural pride. Thanks in part to readers' faith in authors as authentic representatives of the regions they write about, Satterwhite argues, regional fiction often plays a role in creating and affirming regional identity. By mapping the geographic locations of fans, Dear Appalachia demonstrates that mobile white readers in particular, including regional elites, have idealized Appalachia as rooted, static, and protected from commercial society in order to reassure themselves that there remains an "authentic" America untouched by global currents. Investigating texts such as John Fox Jr.'s The Trail of the Lonesome Pine (1908), Harriette Arnow's The Dollmaker (1954), James Dickey's Deliverance (1970), and Charles Frazier's Cold Mountain (1997), Dear Appalachia moves beyond traditional studies of regional fiction to document the functions of these narratives in the lives of readers, revealing not only what people have thought about Appalachia, but why. 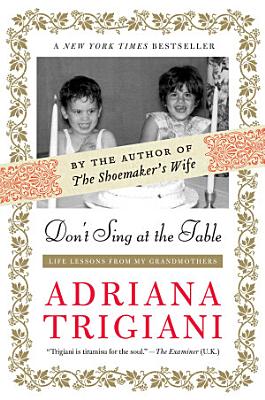 "No one ever reads just one of Trigiani’s wonderfully quirky tales. Once you pick up the first, you are hooked.” —BookPage New York Times bestselling author Adriana Trigiani shares a treasure trove of insight and guidance from her two grandmothers: time-tested, common sense advice on the most important aspects of a woman’s life, from childhood to the golden years. Seamlessly blending anecdote with life lesson, Don’t Sing at the Table tells the two vibrant women’s real-life stories—how they fell in love, nurtured their marriages, balanced raising children with being savvy businesswomen, and reinvented themselves with each new decade. For readers of Big Stone Gap, Very Valentine, Lucia, Lucia, and Rococo, this loving memoir is the Trigiani family recipe for chicken soup for the soul 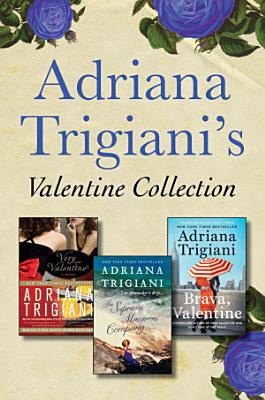 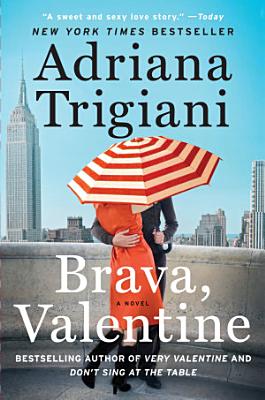 “Delightful, energetic. . . . Trigiani is a seemingly effortless storyteller.” — Boston Globe Award-winning playwright, television writer, and documentary filmmaker Adriana Trigiani returns with Brava, Valentine, continuing the heartwarming and hilarious story of Valentine Roncalli, her family, her love life, and the Angelini Shoe Company. Following on the heels of the New York Times bestseller Very Valentine (hailed by People magazine as “Sex and the City meets Moonstruck”), Brava, Valentine is another tour-de-force from the beloved author of bestselling novels Lucia, Lucia, The Queen of the Big Time, and the Big Stone Gap series. 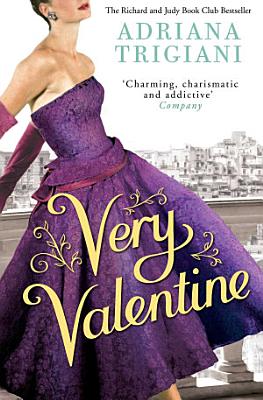 In this contemporary family saga, the Angelini Shoe Company, makers of custom wedding shoes since 1903, is one of the last family businesses in Greenwich Village. On the brink of financial ruin, it falls to thirty-three-year-old Valentine Roncalli, the talented but unsuspecting apprentice, to bring her family's old-world craftsmanship into the twenty-first century. Juggling a romantic relationship with dashing chef Roman Falconi, her duty to her family, and a design competition for a prestigious department store, Valentine accompanies her grandmother and master artisan Teodora to Italy in the hope of finding inspiration. There, in Tuscany and on the Isle of Capri, she discovers her artistic voice and much more, turning her life around in ways she never expected.