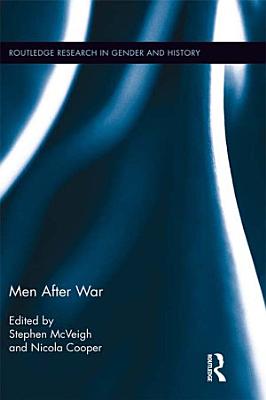 This book is an innovative collection of original research which analyzes the many varieties of post-conflict masculinity. Exploring topics such as physical disability and psychological trauma, and masculinity and sexuality in relation to the "feminizing" contexts of wounding and desertion, this volume draws together leading academics in the fields of gender, history, literature, and disability studies, in an inter- and multi-disciplinary exploration of the conditions and circumstances that men face in the aftermath of war. 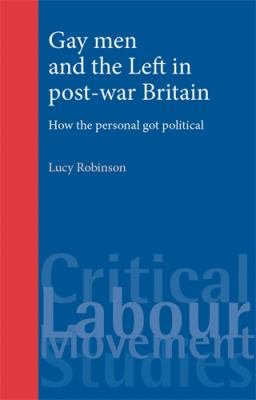 Available in paperback for the first time, his book demonstrates how the personal became political in post-war Britain, and argues that attention to gay activism can help us to fundamentally rethink the nature of post-war politics. While the Left were fighting among themselves and the reformists were struggling with the limits of law reform, gay men started organising for themselves, first individually within existing organisations and later rejecting formal political structures altogether. Culture, performance and identity took over from economics and class struggle, as gay men worked to change the world through the politics of sexuality. Throughout the post-war years, the new cult of the teenager in the 1950s, CND and the counter-culture of the 1960s, gay liberation, feminism, the Punk movement and the miners' strike of 1984 all helped to build a politics of identity. There is an assumption among many of today's politicians that young people are apathetic and disengaged. This book argues that these politicians are looking in the wrong place. People now feel that they can impact the world through the way in which they live, shop, have sex and organise their private lives. Robinson shows that gay men and their politics have been central to this change in the post-war world. 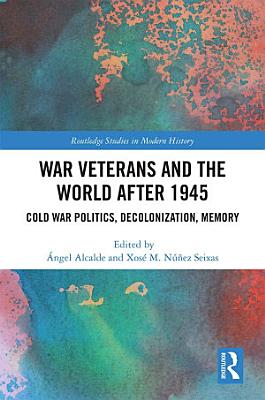 This book examines war veterans’ history after 1945 from a global perspective. In the Cold War era, in most countries of the world there was a sizeable portion of population with direct war experience. This edited volume gathers contributions which show the veterans’ involvement in all the major historical processes shaping the world after World War II. Cold War politics, racial conflict, decolonization, state-building, and the reshaping of war memory were phenomena in which former soldiers and ex-combatants were directly involved. By examining how different veterans’ groups, movements and organizations challenged or sustained the Cold War, strived to prevent or to foster decolonization, and transcended or supported official memories of war, the volume characterizes veterans as largely independent and autonomous actors which interacted with societies and states in the making of our times. Spanning historical cases from the United States to Hong-Kong, from Europe to Southern Africa, from Algeria to Iran, the volume situates veterans within the turbulent international context since World War II. 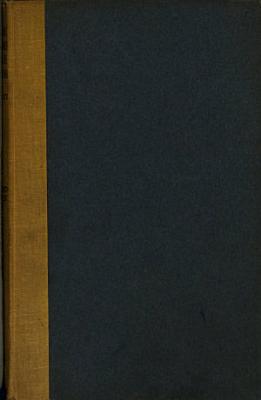 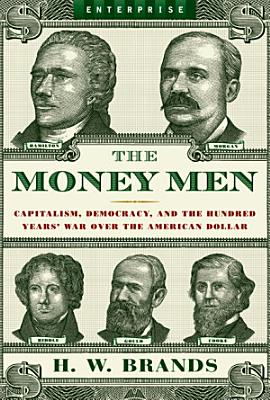 An "insightful" (Publishers Weekly) history of the development of American capitalism and the men who made it great. Most Americans are familiar with the political history of the United States, but there is another history woven all through it, a largely forgotten history—the story of the money men. Acclaimed historian H. W. Brands brings them back to life: J. P. Morgan, who stabilized a foundering U.S. Treasury in 1907; Alexander Hamilton, who founded the first national bank, and Nicholas Biddle, under whose directorship it failed; Jay Cooke, who helped to finance the Union war effort through his then-innovative strategy of selling bonds to ordinary Americans; and Jay Gould, who tried to corner the market on gold in 1869 and as a result brought about Black Friday and fled for his life. 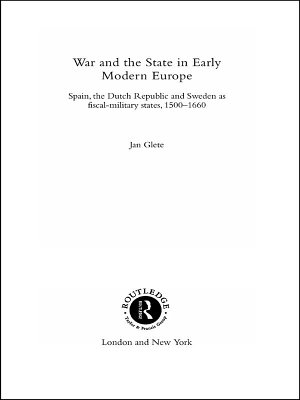 The sixteenth and seventeenth centuries saw many ambitious European rulers develop permanent armies and navies. War and the State in Early Modern Europe examines this military change as a central part of the political, social and economic transformation of early modern Europe. This important study exposes the economic structures necessary for supporting permanent military organisations across Europe. Large armed forces could not develop successfully without various interest groups who needed protection and were willing to pay for it. Arguing that early fiscal-military states were in fact protection-selling enterprises, the author focuses on: * Spain, the Dutch Republic and Sweden * the role of local elites * the political and organisational aspects of this new military development 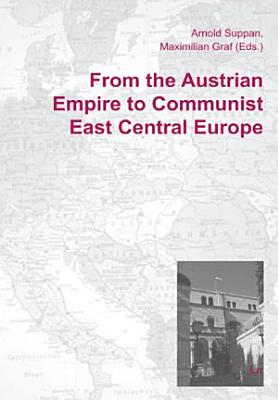 The Centers for Austrian Studies, founded by the Austrian Federal Ministry for Science and Research since the 1970s, play an important role for the Austrian as well as the international scientific community. Their tasks are to promote studies on Austria and Central Europe in their host nations as well as to give Austrian students the possibility to conduct research abroad and to get in touch with the local scientific community. This volume contains reports on the activities of these Institutions in the academic year 2009/2010 and working papers of their most promising PhD students. The research presented in this volume covers various aspects of Central European history in Moderns Times, ranging from the sixteenth century to the present. 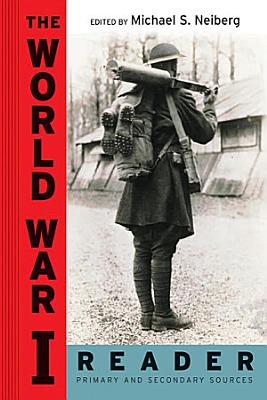 A collection of primary and secondary documents that offers students, scholars, and war buffs an extensive and easy-to-follow overview of World War I. 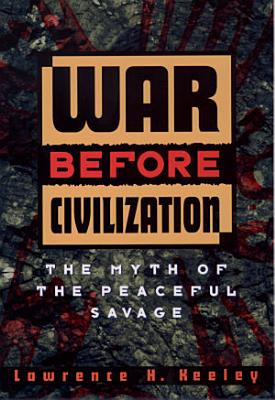 The myth of the peace-loving "noble savage" is persistent and pernicious. Indeed, for the last fifty years, most popular and scholarly works have agreed that prehistoric warfare was rare, harmless, unimportant, and, like smallpox, a disease of civilized societies alone. Prehistoric warfare, according to this view, was little more than a ritualized game, where casualties were limited and the effects of aggression relatively mild. Lawrence Keeley's groundbreaking War Before Civilization offers a devastating rebuttal to such comfortable myths and debunks the notion that warfare was introduced to primitive societies through contact with civilization (an idea he denounces as "the pacification of the past"). Building on much fascinating archeological and historical research and offering an astute comparison of warfare in civilized and prehistoric societies, from modern European states to the Plains Indians of North America, War Before Civilization convincingly demonstrates that prehistoric warfare was in fact more deadly, more frequent, and more ruthless than modern war. To support this point, Keeley provides a wide-ranging look at warfare and brutality in the prehistoric world. He reveals, for instance, that prehistorical tactics favoring raids and ambushes, as opposed to formal battles, often yielded a high death-rate; that adult males falling into the hands of their enemies were almost universally killed; and that surprise raids seldom spared even women and children. Keeley cites evidence of ancient massacres in many areas of the world, including the discovery in South Dakota of a prehistoric mass grave containing the remains of over 500 scalped and mutilated men, women, and children (a slaughter that took place a century and a half before the arrival of Columbus). In addition, Keeley surveys the prevalence of looting, destruction, and trophy-taking in all kinds of warfare and again finds little moral distinction between ancient warriors and civilized armies. Finally, and perhaps most controversially, he examines the evidence of cannibalism among some preliterate peoples. Keeley is a seasoned writer and his book is packed with vivid, eye-opening details (for instance, that the homicide rate of prehistoric Illinois villagers may have exceeded that of the modern United States by some 70 times). But he also goes beyond grisly facts to address the larger moral and philosophical issues raised by his work. What are the causes of war? Are human beings inherently violent? How can we ensure peace in our own time? Challenging some of our most dearly held beliefs, Keeley's conclusions are bound to stir controversy. 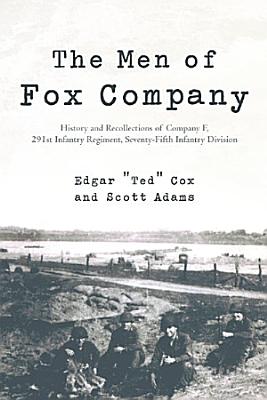 "The Men of Fox Company: History and Recollections of Company F, 291st Infantry Regiment, Seventy-Fifth Infantry Division" describes the actions of an infantry rifle company fighting in Europe during World War II. Sometimes the Seventy-Fifth Division was called the "Diaper Division" because the mean age of the men was just twenty-two years versus the widely acknowledged average age of twenty-six years for most other divisions. Fox Company was part of Second Battalion, 291st Infantry Regiment of the Seventy-Fifth ID, which were formally activated at Fort Leonard Wood, Missouri, on April 15, 1943. The division was thrown into combat soon after arriving in Europe in December of 1944. Over the next ninety-four days, they fought three campaigns in Europe. Fox Company first went into combat during the Battle of the Bulge and then moved to southern France to fight in the Colmar Pocket. Next, they went to Holland, where they defended along the Maas River and later in Germany along the Rhine River. Finally, Fox Company fought in the battle for the Ruhr. "The Men of Fox Company includes the recollections of several men providing a view of the war not often seen-directly from the soldiers, sergeants, and officers who survived the experience to tell their personal stories. 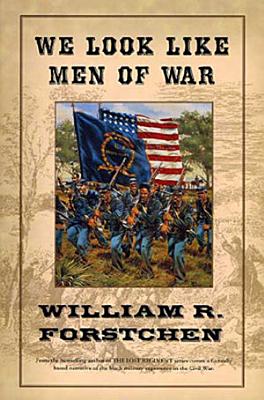 From the bestselling author of The Lost Regiment series comes a factually based narrative of the black military experience in the Civil War. We Look Like Men of War "I was born a slave, as was my father before me, but I shall die a free man...." Thus begins the poignant story of Samuel Washburn, born a slave in 1850. A young master's cruelty leads to an unforeseen confrontation, which forces Sam and his cousin to flee the plantation. They run north to freedom, only to return south to fight for the greater cause. Though still a boy, Sam becomes a regimental drummer with a "colored regiment" and sees action in the Wilderness campaign at Fredericksburg and Petersburg, as well as at the bloody Battle of the Crater in July of 1864. Sam's voice offers a unique and insightful perspective on the carnage of the War Between the States and the toll it took on both young and old, black and white. At the Publisher's request, this title is being sold without Digital Rights Management Software (DRM) applied. 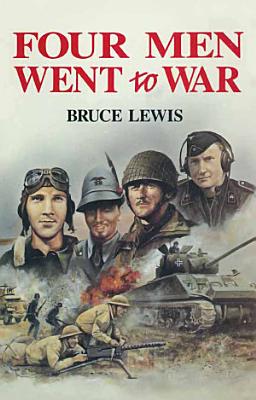 This book tells of the adventures of four men of different nationalities who found themselves caught up in the maelstrom of the Second World War. 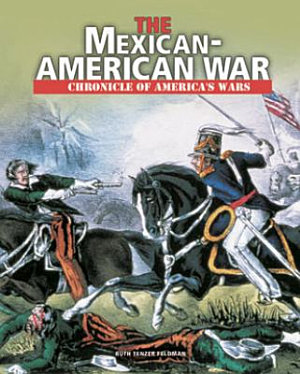 Relates the events and battles of the war between the United States and Mexico over Texas. 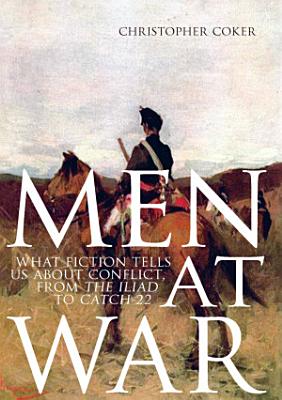 Since Achilles first stormed into our imagination, literature has introduced its readers to truly unforgettable martial characters. In Men at War, Christopher Coker discusses some of the most famous of these fictional creations and their impact on our understanding of war and masculinity. Grouped into five archetypes-warriors, heroes, villains, survivors and victims-these characters range across 3000 years of history, through epic poems, the modern novel and one of the twentieth century's most famous film scripts. Great authors like Homer and Tolstoy show us aspects of reality invisible except through a literary lens, while fictional characters such as Achilles and Falstaff, Robert Jordan and Jack Aubrey, are not just larger than life; they are life's largeness-and this is why we seek them out. Although the Greeks knew that the lovers, wives and mothers of soldiers are the chief victims of battle, for the combatants, war is a masculine pursuit. Each of Coker's chapters explores what fiction tells us about war's appeal to young men and the way it makes- and breaks-them. The existential appeal of war too is perhaps best conveyed in fictional accounts, and these too are scrutinized by the author.