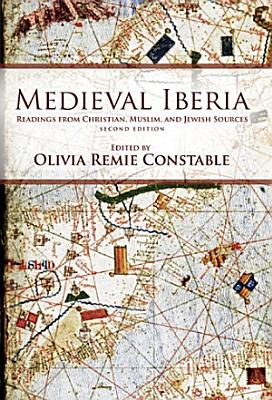 For some historians, medieval Iberian society was one marked by peaceful coexistence and cross-cultural fertilization; others have sketched a harsher picture of Muslims and Christians engaged in an ongoing contest for political, religious, and economic advantage culminating in the fall of Muslim Granada and the expulsion of the Jews in the late fifteenth century. The reality that emerges in Medieval Iberia is more nuanced than either of these scenarios can comprehend. Now in an expanded, second edition, this monumental collection offers unparalleled access to the multicultural complexity of the lands that would become modern Portugal and Spain. The documents collected in Medieval Iberia date mostly from the eighth through the fifteenth centuries and have been translated from Latin, Arabic, Hebrew, Judeo-Arabic, Castilian, Catalan, and Portuguese by many of the most eminent scholars in the field of Iberian studies. Nearly one quarter of this edition is new, including visual materials and increased coverage of Jewish and Muslim affairs, as well as more sources pertaining to women, social and economic history, and domestic life. This primary source material ranges widely across historical chronicles, poetry, and legal and religious sources, and each is accompanied by a brief introduction placing the text in its historical and cultural setting. Arranged chronologically, the documents are also keyed so as to be accessible to readers interested in specific topics such as urban life, the politics of the royal courts, interfaith relations, or women, marriage, and the family. 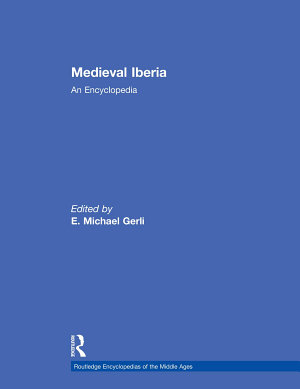 As the first comprehensive reference to the vital world of medieval Spain, this unique volume focuses on the Iberian kingdoms from the fall of the Roman Empire to the aftermath of the Reconquista. The nearly 1,000 signed A-Z entries, written by renowned specialists in the field, encompass topics of key relevance to medieval Iberia, including people, events, works, and institutions, as well as interdisciplinary coverage of literature, language, history, arts, folklore, religion, and science. Also providing in-depth discussions of the rich contributions of Muslim and Jewish cultures, and offering useful insights into their interactions with Catholic Spain, this comprehensive work is an invaluable tool for students, scholars, and general readers alike. For a full list of entries and contributors, a generous selection of sample entries, and more, visit the Medieval Iberia: An Encyclopedia website. 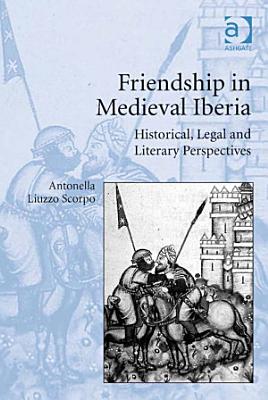 Private and public relationships between individuals or groups - frequently labelled as friendships - have played a central role in human societies. Yet, over the centuries ideas and meanings of friendship transformed, adapting to the political and social climate of a period, and consequently resisting rigid definitions. Changing concepts and practices of friendship characterized the intellectual, social, political and cultural panorama of medieval Europe, including that of the fascinating and yet understudied thirteenth-century Iberia. The Peninsula’s fascinating history, as the subject of conquests and ‘Reconquest’, land of convivencia, but also of rebellions, political instability, and secular and religious international power-struggles, makes the articulation of friendship within its borders a particularly fraught subject to study. Drawing on some of the encyclopaedic masterpieces produced in the scriptorium of ‘The Wise’ and ‘The Learned’ King, Alfonso X of Castile (1252-84) - namely the Marian songs of the Cantigas de Santa María, the law code of the Siete Partidas and the chronicle Estoria de España - this study explores the political, religious and social networks, inter-faith and gender relationships, legal definitions, as well as bonds of tutorship and companionship, which were frequently defined through the vocabulary and rhetoric of friendship. This study also highlights how the values and meanings of amicitia, often associated with classical, Roman, Visigothic, Arabic and Eastern traditions, were later transformed to adapt to Alfonso X’s cultural projects and political propaganda. This book contributes to the study of the history of emotions and cultural histories of the Middle Ages, while also adding another crucial piece to the broader historiographical debate currently challenging the most traditional view of the Iberian Peninsula’s ‘exceptionalism’. This interdisciplinary study considers whether Iberia should be rather considered as a peripheral, but still vital, ring in a chain which linked it to the rest of Europe, while occupying a central role in the historical and cultural developments of the Western Mediterranean.

The Jew in Medieval Iberia is an exploration of the richness and diversity of Jewish society in Christian Iberia from 1100-1500, providing a fresh look at the ways in which medieval Jews conceived of themselves and their communities, as well as their relationship to the surrounding society. The essays collected in this volume transcend older stereotypes of Christian persecution and Jewish piety to reveal a complex and vibrant community of merchants and scholars, townsmen and women, cultural intermediaries and guardians of religious tradition. Taken together, they present a portrait that adds greater nuances to our understanding of both medieval Jewish and medieval Spanish history. 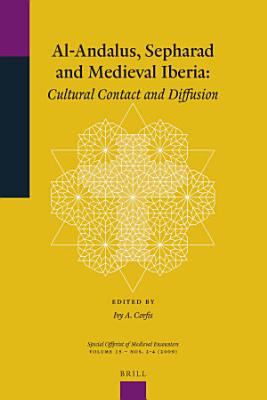 This volume show the many facets of contact in al-Andalus and Medieval Iberia, with issues still vital after more than a millennium as cultures face off and open or close frontiers to ideas, customs, ideologies and the arts. 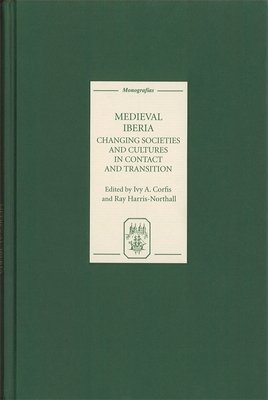 An exploration of the cultural-political complexity of the medieval Peninsula. 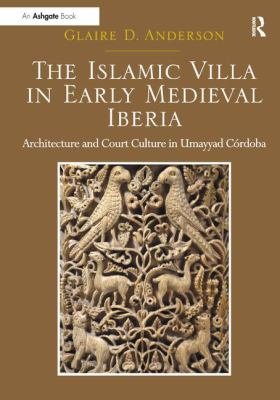 Case study of Córdoban aristocratic estates during the Umayyad dynastic period (756-1031), synthesizing archaeological evidence unearthed from the 1980s up to 2009 with extant works of Andalusi art and architecture as well as evidence from medieval Arabic texts; incorporating material and insights from the fields of agricultural, economic, social and political history; and offering a fuller picture of secular architecture and social history in the caliphal lands and the Mediterranean. 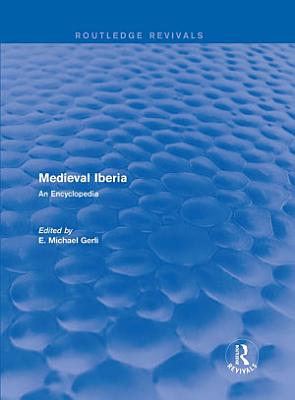 First published in 2003, Medieval Iberia: An Encyclopedia, is the first comprehensive reference to the vital world of medieval Spain. This unique volume focuses on the Iberian kingdoms from the fall of the Roman Empire to the aftermath of the Reconquista and encompass topics of key relevance to medieval Iberia, including people, events, works, and institutions, as well as interdisciplinary coverage of literature, language, history, arts, folklore, religion, and science. It also provides in-depth discussions of the rich contributions of Muslim and Jewish cultures, and offers useful insights into their interactions with Catholic Spain. With nearly 1,000 signed A-Z entries and written by renowned specialists in the field, this comprehensive work is an invaluable tool for students, scholars, and general readers alike. 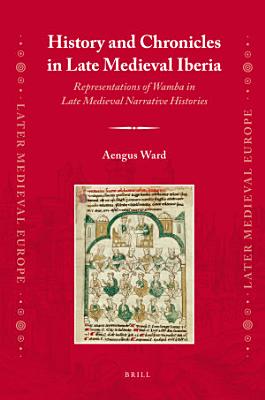 This book offers a comprehensive analysis of the construction of the late medieval chronicle in Iberia by means of an examination of eighteen different late medieval accounts of the reign of the Visigothic king Wamba. 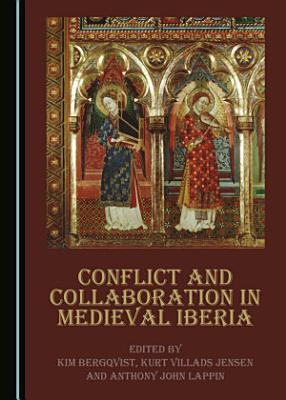 Studies of conflict in medieval history and related disciplines have recently come to focus on wars, feuds, rebellions, and other violent matters. While those issues are present here, to form a backdrop, this volume brings other forms of conflict in this period to the fore. With these assembled essays on conflict and collaboration in the Iberian Peninsula, it provides an insight into key aspects of the historical experience of the Iberian kingdoms during the Middle Ages. Ranging in focus from the fall of the Visigothic kingdom and the arrival of significant numbers of Berber settlers to the functioning of the Spanish Inquisition right at the end of the Middle Ages, the articles gathered here look both at cross-ethnic and interreligious meetings in hostility or fruitful cohabitation. The book does not, however, forget intra-communal relations, and consideration is given to the mechanisms within religious and ethnic groupings by which conflict was channeled and, occasionally, collaboration could ensue. 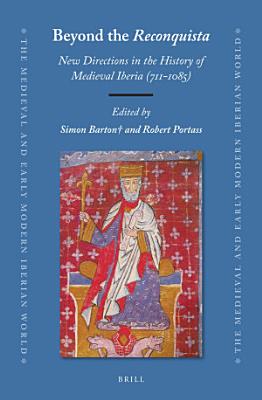 Beyond the Reconquista: New Directions in the History of Medieval Iberia (711-1085) offers an exciting series of essays by leading scholars in Hispanic Studies. This volume subjects the reality and ideal of Reconquest to a decisive and timely re-examination. 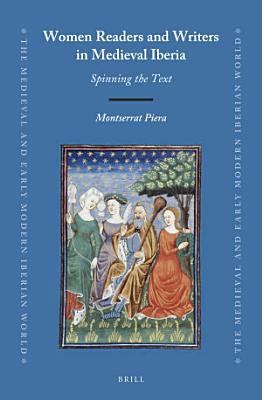 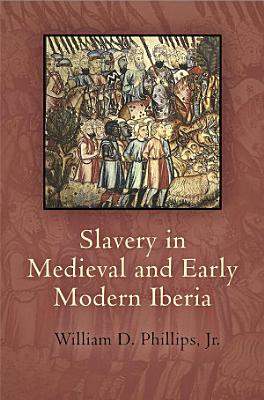 Slavery in Medieval and Early Modern Iberia provides a sweeping survey of the many forms of bound labor in Iberia from ancient times to the decline of slavery in the eighteenth century. 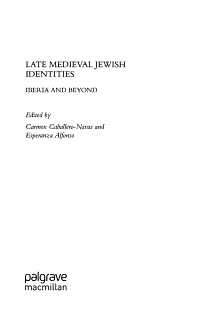 Medieval Iberia offers one of the few examples of coexistence over an extended period of time between Jews, Muslims, and Christians in pre-modern Europe. Taking the Jewish community as a focal point, this book thoroughly explores the various “borders”—geographical divides, religious affiliations, gender boundaries, genre divisions—that ruled the lives and intellectual production of late medieval Jews. By shedding new light on the ways in which these boundaries generated the Jewish communities’ multiple, overlapping, and conflicting identities, this book breaks new ground in the study of cultural exchange in the Middle Ages.