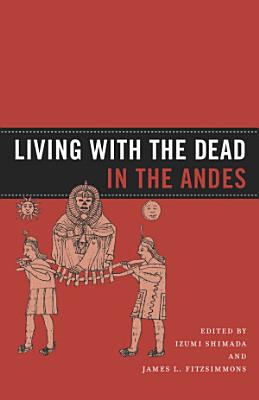 The Andean idea of death differs markedly from the Western view. In the Central Andes, particularly the highlands, death is not conceptually separated from life, nor is it viewed as a permanent state. People, animals, and plants simply transition from a soft, juicy, dynamic life to drier, more lasting states, like dry corn husks or mummified ancestors. Death is seen as an extension of vitality. Living with the Dead in the Andes considers recent research by archaeologists, bioarchaeologists, ethnographers, and ethnohistorians whose work reveals the diversity and complexity of the dead-living interaction. The book’s contributors reap the salient results of this new research to illuminate various conceptions and treatments of the dead: “bad” and “good” dead, mummified and preserved, the body represented by art or effigies, and personhood in material and symbolic terms. Death does not end or erase the emotional bonds established in life, and a comprehensive understanding of death requires consideration of the corpse, the soul, and the mourners. Lingering sentiment and memory of the departed seems as universal as death itself, yet often it is economic, social, and political agendas that influence the interactions between the dead and the living. Nine chapters written by scholars from diverse countries and fields offer data-rich case studies and innovative methodologies and approaches. Chapters include discussions on the archaeology of memory, archaeothanatology (analysis of the transformation of the entire corpse and associated remains), a historical analysis of postmortem ritual activities, and ethnosemantic-iconographic analysis of the living-dead relationship. This insightful book focuses on the broader concerns of life and death. 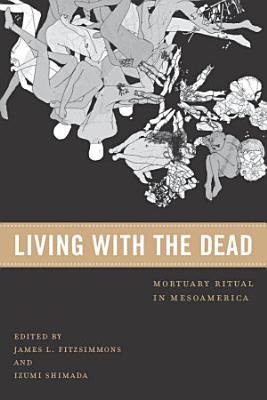 Scholars have recently achieved new insights into the many ways in which the dead and the living interacted from the Late Preclassic to the Conquest in Mesoamerica. The eight essays in this useful volume were written by well-known scholars who offer cross-disciplinary and synergistic insights into the varied articulations between the dead and those who survived them. From physically opening the tomb of their ancestors and carrying out ancestral heirlooms to periodic feasts, sacrifices, and other lavish ceremonies, heirs revisited death on a regular basis. The activities attributable to the dead, moreover, range from passively defining territorial boundaries to more active exploits, such as "dancing" at weddings and "witnessing" royal accessions. The dead were--and continued to be--a vital part of everyday life in Mesoamerican cultures. This book results from a symposium organized by the editors for an annual meeting of the Society for American Archaeology. The contributors employ historical sources, comparative art history, anthropology, and sociology, as well as archaeology and anthropology, to uncover surprising commonalities across cultures, including the manner in which the dead were politicized, the perceptions of reciprocity between the dead and the living, and the ways that the dead were used by the living to create, define, and renew social as well as family ties. In exploring larger issues of a "good death" and the transition from death to ancestry, the contributors demonstrate that across Mesoamerica death was almost never accompanied by the extinction of a persona; it was more often the beginning of a social process than a conclusion. 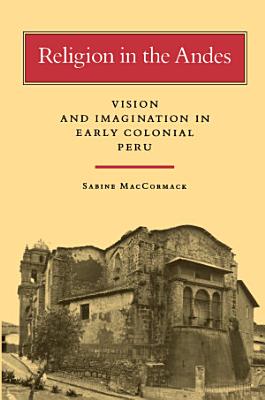 Addressing problems of objectivity and authenticity, Sabine MacCormack reconstructs how Andean religion was understood by the Spanish in light of seventeenth-century European theological and philosophical movements, and by Andean writers trying to find in it antecedents to their new Christian faith. 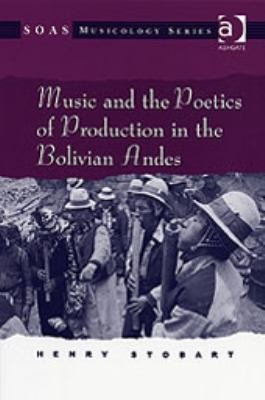 Music and the Poetics of Production in the Bolivian Andes is a musical ethnography of a Quechua speaking community of northern Potosí, in the Bolivian Andes. Through rich and evocative ethnography, the book delves into the powerful meanings ascribed to sound; charts unfamiliar aesthetic territories; suggests how modernity can contribute to indigeneity; and reveals remarkable musical perspectives on llama husbandry and potato cultivation. As we follow the lives, shifting fortunes and musical year of this, in many ways, fragile community, a seasonally shifting array of musical instruments, genres, dances and tunings are introduced. The book is accompanied by an audio CD, photographs, musical transcriptions and explanatory diagrams. 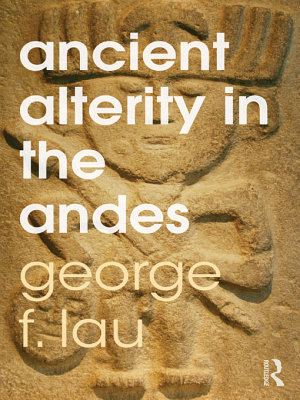 Ancient Alterity in the Andes is the first major treatment on ancient alterity: how people in the past regarded others. At least since the 1970s, alterity has been an influential concept in different fields, from art history, psychology and philosophy, to linguistics and ethnography. Having gained steam in concert with postmodernism's emphasis on self-reflection and discourse, it is especially significant now as a framework to understand the process of 'writing' and understanding the Other: groups, cultures and cosmologies. This book showcases this concept by illustrating how people visualised others in the past, and how it coloured their engagements with them, both physically and cognitively. Alterity has yet to see sustained treatment in archaeology due in great part to the fact that the archaeological record is not always equipped to inform on the subject. Like its kindred concepts, such as identity and ethnicity, alterity is difficult to observe also because it can be expressed at different times and scales, from the individual, family and village settings, to contexts such as nations and empires. It can also be said to 'reside' just as well in objects and individuals, as it may in a technique, action or performance. One requires a relevant, holistic data set and multiple lines of evidence. Ancient Alterity in the Andes provides just that by focusing on the great achievements of the ancient Andes during the first millennium AD, centred on a Precolumbian culture, known as Recuay (AD 1-700). Using a new framework of alterity, one based on social others (e.g., kinsfolk, animals, predators, enemies, ancestral dead), the book rethinks cultural relationships with other groups, including the Moche and Nasca civilisations of Peru's coast, the Chavín cult, and the later Wari, the first Andean empire. In revealing little known patterns in Andean prehistory the book illuminates the ways that archaeologists, in general, can examine alterity through the existing record. Ancient Alterity in the Andes is a substantial boon to the analysis and writing of past cultures, social systems and cosmologies and an important book for those wishing to understand this developing concept in archaeological theory. 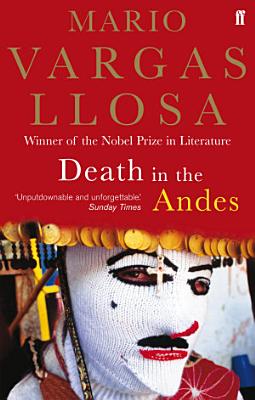 Set in an isolated, run down community in the Peruvian Andes, Vargas Llosa's riveting novel tells the story of a series of mysterious disappearances involving the Shining Path guerrillas and a local couple performing cannibalistic sacrifices with strange similarities to the Dionysian rituals of ancient Greece. Part-detective novel and part-political allegory, it offers a panoramic view of Peruvian society; not only of the current political violence and social upheaval, but also of the country's past, and its connection to Indian culture and to pre-Hispanic mysticism. As in his other novels, Vargas Llosa breathes into this work a magical assemblage of narrators, time frames and subplots. We meet Senderista guerrillas, disenfranchised Indians, jaded army officers, eccentric townspeople and cult worshippers, among many unforgettable characters. The result is a work of broad sweep, powerful narrative drive, and keen insight into one of Latin America's most fascinating and complex countries. 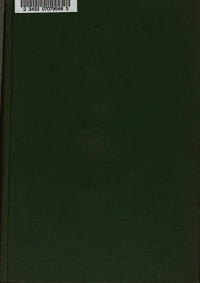 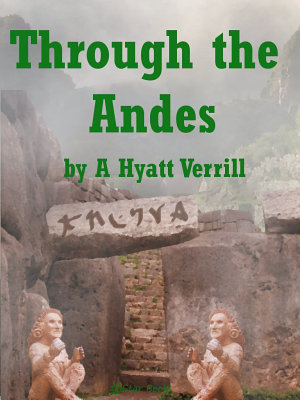 Saunderson, Red and their expedition set off through the Andes on an adventure to find a lost city! Along the way they face many perils. 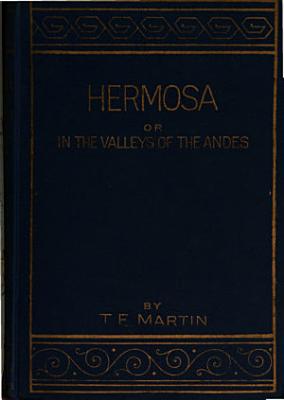 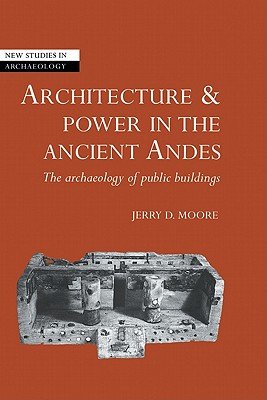 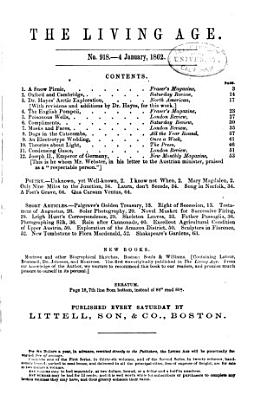 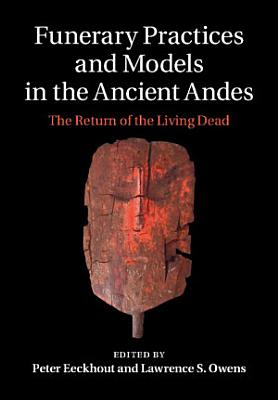 This edited volume focuses on the funerary archaeology of the Pan-Andean area in the pre-Hispanic period. The contributors examine the treatment of the dead and provide an understanding of how these ancient groups coped with mortality, as well as the ways in which they strove to overcome the effects of death. The contributors also present previously unpublished discoveries and employ a range of academic and analytical approaches that have rarely - if ever - been utilised in South America before. The book covers the Formative Period to the end of the Inca Empire, and the chapters together comprise a state-of-the-art summary of all the best research on Andean funerary archaeology currently being carried out around the globe. 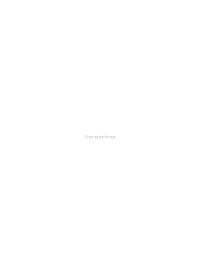 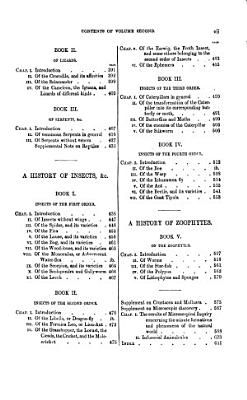