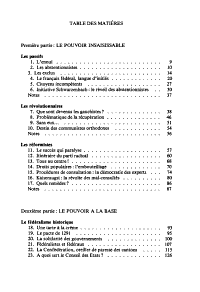 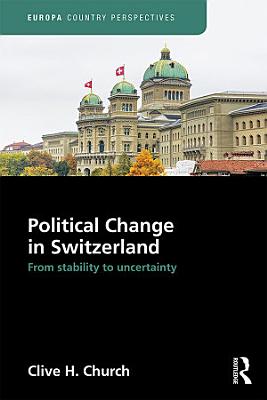 Political Change in Switzerland explains the striking recent political developments in Switzerland, an important but surprisingly little known and often misunderstood country, aiming to dissipate prevailing myths about Switzerland in its European context. Firstly, the title provides an analysis of the way the practice and processes of Swiss politics have so dramatically changed over the last 25 years, setting out the differences between outside perceptions and changing Swiss realities. Secondly, it discusses how far the country has moved, from the stability of the post-war period to a new era of uncertainty, in which the so called Sonderfall, or special case, no longer seems to apply. In doing so it analyses the populist movement, centred on the Swiss People’s Party, examining its support and tactical operations, as well as the response of the establishment to the challenges the movement poses, both generally and where key questions of policy on foreigners and the EU are concerned. Finally, the title explains how much of this change is related to Europe, and discusses the prospects for Switzerland, Europe and the EU member states in the light of this new Swiss uncertainty. The way in which globalization has imposed new stresses on Switzerland, both in external policy and social terms, is the key theme of the title. These stresses have, in turn, encouraged the growth of a new populist movement, drawing on social classes previously supportive of other forces, and employing aggressive new tactics, creating a challenge that the establishment has found it hard to counter, so that stability has been compromised. As a result, Switzerland now faces two linked policy challenges, to find ways of accommodating unease about immigration and to devise a realistic and widely acceptable new relationship with the EU. The book’s underlying belief is that these changes have left the country divided and uncertain about its future. This title offers in-depth analysis of Switzerland's domestic and European politics and policies. It is also innovative in trying both to bring out the European roots of recent political changes in Switzerland and of the challenges these pose to the Swiss status quo and for the evolution of the EU and member states such as the United Kingdom. This is a book for those interested in Switzerland, academics, business people, diplomats, journalists and political commentators. 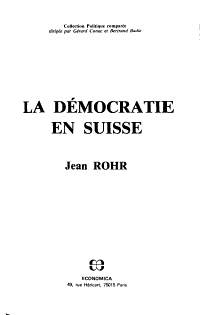 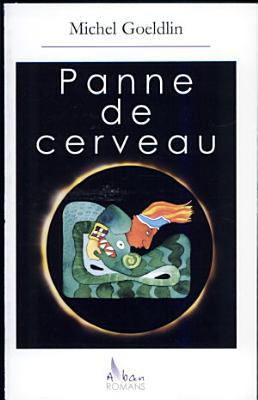 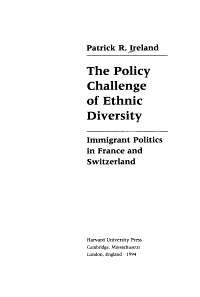 World War II was over, Western Europe was rebuilding, and laborers were in short supply. The masses of foreign workers recruited to fill the gap presented, or so it seemed to their host countries, a temporary solution - but then the guests opted to stay. How have these permanent visitors fitted into Western European societies, where xenophobia and liberalism coexist in an uneasy balance? Have such marginalized groups developed any recognizable forms of political participation? This book, a rare account of political activity among these immigrants, reveals the extent of their impact on and interaction with the policies and politics of their adopted countries. Comparing France and Switzerland, and focusing on four cities, Patrick Ireland tests various existing explanations of how and why immigrant political participation has taken certain forms: homeland-oriented, geared toward the country of origin; institutional, conducted through regularly accorded channels in the host society; or confrontational, developed outside legal and favored channels. Through extensive research and interviews, Ireland finds that national and local institutional frameworks, rather than ethnic origins or class status, determine the form of immigrants' political mobilization. He shows how indigenous trade unions, political parties, and other institutions have acted as gatekeepers, controlling access to avenues of political participation, and describes the ways in which immigrants have availed themselves of the different opportunities in each institutional context. Documenting changes from one generation to the next, his account identifies distinctive forms of political activity that have evolved in recent years. 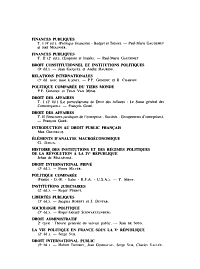 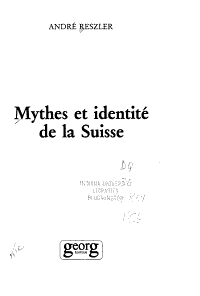 Issues for 1950/51- include "Index of Organizations, associations, and institutions."

Issues for 1950/51- include "Index of Organizations, associations, and institutions." 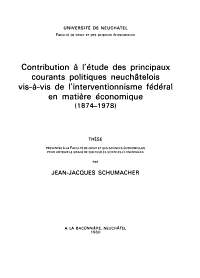 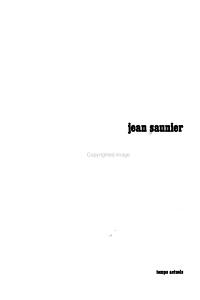 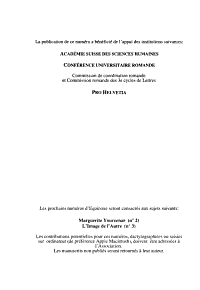 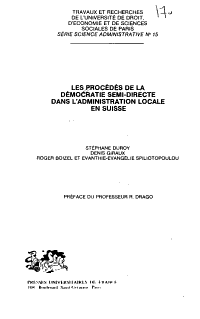 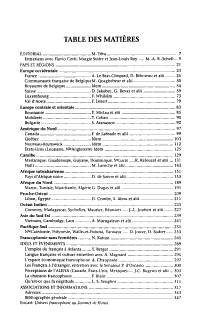