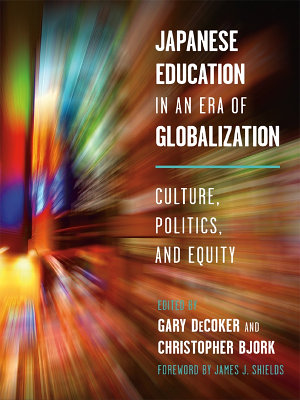 This volume documents the significant changes that have occurred in Japanese schools since the collapse of that nations economic bubble. Before the recession, Japan was the country that most others sought to emulate due to its students performance on standardized tests. Now, however, a different and more complicated picture of the Japanese education system emerges. This book places Japanese education in a global context, with particular attention given to how their education system is responding to changing expectations and pressures that emerge from rapid social change. Chapters written by respected scholars examine issues related to equality, academic achievement, privatization, population diversity, societal expectations, and the influence of the media, parents, and political movements. The research in this book will provide valuable lessons for policymakers and practitioners facing similar challenges. 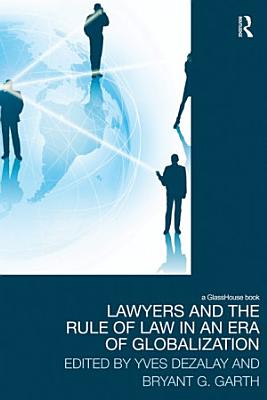 First Published in 2011. Routledge is an imprint of Taylor & Francis, an informa company. 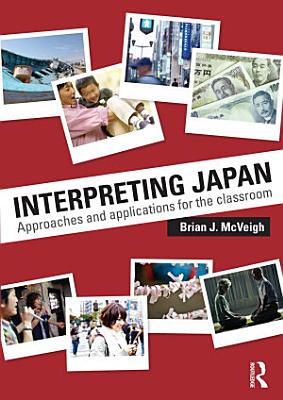 Written by an experienced teacher and scholar, this book offers university students a handy "how to" guide for interpreting Japanese society and conducting their own research. Stressing the importance of an interdisciplinary approach, Brian McVeigh lays out practical and understandable research approaches in a systematic fashion to demonstrate how, with the right conceptual tools and enough bibliographical sources, Japanese society can be productively analyzed from a distance. In concise chapters, these approaches are applied to a whole range of topics: from the aesthetics of street culture; the philosophical import of sci-fi anime; how the state distributes wealth; welfare policies; the impact of official policies on gender relations; updated spiritual traditions; why manners are so important; kinship structures; corporate culture; class; schooling; self-presentation; visual culture; to the subtleties of Japanese grammar. Examples from popular culture, daily life, and historical events are used to illustrate and highlight the color, dynamism, and diversity of Japanese society. Designed for both beginning and more advanced students, this book is intended not just for Japanese studies but for cross-cultural comparison and to demonstrate how social scientists craft their scholarship. 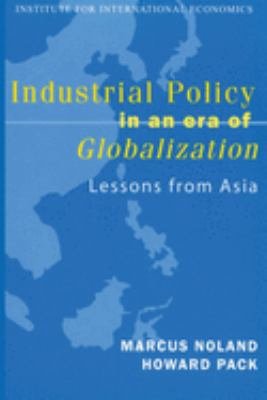 Globalization reigns supreme as a description of recent economic transformation--and it carries many meanings. In the policy realm, the orthodox terms of engagement have been enshrined in the "Washington consensus." But disappointing results in Latin America and transitional economies--plus the Asian financial crisis--have shaken the faith in Washington and elsewhere. One response has been to hark back to the more statist policies that the consensus marginalized. In this regard, Japan, Korea, and Taiwan are promoted as the poster nations that have derived great benefits from increasing integration with the international economy, without surrendering national autonomy in the economic or cultural spheres, effectively beating the West at its own game. The fundamental questions addressed in this monograph are whether industrial policy was indeed a major source of growth in these three economies, and if so, can it be replicated under current institutional arrangements, and if so, is it worth replicating, or, would developing countries today be better off embracing the suitably refined orthodoxy? 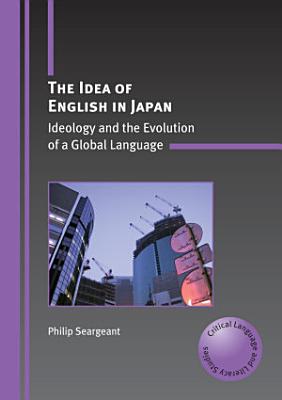 This book examines the ways in which English is conceptualised as a global language in Japan, and considers how the resultant language ideologies – drawn in part from universal discourses; in part from context-specific trends in social history – inform the relationships that people in Japan have towards the language. The book analyses the specific nature of the language’s symbolic meaning in Japan, and how this meaning is expressed and negotiated in society. It also discusses how the ideologies of English that exist in Japan might have implications for the more general concept of ‘English as a global language’. To this end it considers the question of what constitutes a ‘global’ language, and how, if at all, a balance can be struck between the universal and the historically-contingent when it comes to formulating a theory of English within the world. 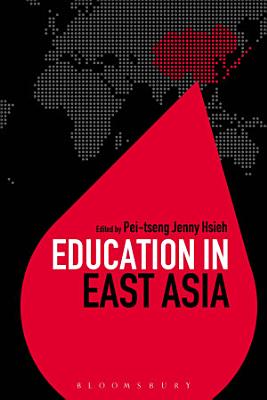 Education in East Asia is a comprehensive critical reference guide to education in the region. With chapters written by an international team of leading regional education experts, the book explores the education systems of China, Hong Kong, Japan, Macao, Mongolia, North Korea, South Korea and Taiwan, covering local regional developments in each country as well as recent reforms and global contexts. Including a comparative introduction to the issues facing education in the region as a whole and guides to available online datasets, this handbook will be an essential reference for researchers, scholars, international agencies and policy-makers at all levels. 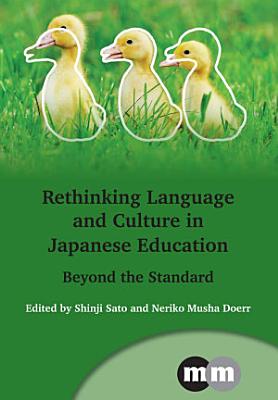 How does language or culture come to be standardized to the degree that it is considered 'homogeneous'? How does teaching language relate to such standardization processes? How can teaching be mindful of the standardization processes that potentially involve power relations? Focusing on the case of Japanese, which is often viewed as homogenous in terms of language and culture, this volume explores these questions in a wide range of contexts: the notions of translation and modernity, the ideologies of the standardization of regional dialects in Japan, current practices in college Japanese-as-a- Foreign-Language classrooms in the United States, discourses in journals of Japanese language education, and classroom practices in nursery and primary schools in Japan. This volume’s investigation of standardization processes of Japanese language and culture addresses the intersections of theoretical and practical concerns of researchers and educators that are often overlooked. 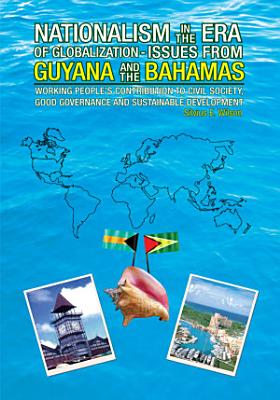 This book came out of the need to highlight working peoples contribution to the process of self-organization and development in the former British Guiana-hereafter referred to as Guyana-and The Bahamas. Africans and other sections of the working people in these and other countries of the Caribbean, have succeeded, through their labour and transforming genius, in building communities, and produce crops and other commodities which aided metropolitan development. Guyanese workers dug canals, constructed dams and other necessary infrastructure which made the Atlantic coast inhabitable and crops and livestock flourished in a hostile, swampy and insect infested environment. In The Bahamas working people in New Providence and the Family Islands pioneered the fishing and boat-building industries and created the infrastructure for what became the leading tourist destination in the region. Organization at the local and grassroots level played an important role in the attainment of working peoples objectives in the region-wide nationalist movement, during the 1930s, through 50s, and gave rise to major developments such as the granting of adult suffrage, trade union legislation, opening up of Crown lands, majority rule and independence. The analysis will support the position that a reflection on the lessons of the pre-independence struggle as well as revisiting the spirit of collaboration and patriotism with which working people approached the objectives of political representation, job satisfaction and national identity, can provide relevant models to inform strategies to combat challenges which are brought about by globalisation. Issues relating to regional and international collaboration as well as national response to global developments in trade, production and social organisation, can benefit from a higher level of popularity and national awareness if citizens participation at the community and other levels of society is incorporated in the national discourse and response strategy. The title: Nationalism in the era of Globalisation. intends to draw attention to the new nationalism which is informing the new role of the nation state in which central governments are gradually assuming the role of facilitator in creating an enabling environment for the growth of the private sector as well as protect investors; guard against public sector inefficiency, corruption and waste; facilitate sound macroeconomic management that encourages economic growth and maintains price stability; in the process, embrace democratic values, respect diversity and open social spaces for peoples participation. Part of the role of government is also establish the structures and monitoring devices in order to avoid or reduce the severity of economic shocks in an era of increasing liberalization. One manifestation of this in the emergence of a complex terrain of bilateral and multilateral arrangements between and among nations of the Americas. Smaller states are seeking affiliation and membership within regional groupings such as NAFTA and MERCOSUR to secure the best trade deals and access to a wider market under the most favourable terms. Larger states such as Venezuela and Brazil are presenting their own vision of a Free Trade Area. Such a vision is based on sustainability, the eradication of poverty and empowerment of the masses. In this tradition some states in the Caribbean and South America have challenged the hegemony of the USA in a Washington-initiated model of the proposed Free Trade Area of the Americas [FTAA] and proposing instead a more progressive model based upon the recognition of several centres of influence within the grouping. These developments are addressed in the book within the context of the way in which national and regional response must be channeled to influence the course of events-including the role and guiding principles of the World Trade Organization [WTO], the United Nations [UN] and other Internationa 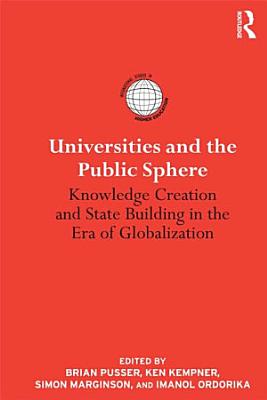 Universities have been propelled into the center of the global political economy of knowledge production by a number of factors: mass education, academic capitalism, the globalization of knowledge, the democratization of communication in the era of the Internet, and the emergence of the knowledge and innovation economy. The latest book in the International Studies in Higher Education series, Universities and the Public Sphere addresses the vital role of research universities as global public spheres, sites where public interaction, conversation and deliberation take place, where the nature of the State and private interests can be openly debated and contested. At a time of increased privatization, open markets, and government involvement in higher education, the book also addresses the challenges facing the university in its role as a global public sphere. In this volume, international contributors challenge prevalent views of the global marketplace to create a deeper understanding of higher education's role in knowledge creation and nation building. In nearly every national context the pressures of globalization, neo-liberal economic restructuring, and new managerial imperatives challenge traditional norms of autonomy, academic freedom, access and affordability. The authors in Universities and the Public Sphere argue that universities are uniquely suited to have transformative democratic potential as global public spheres. 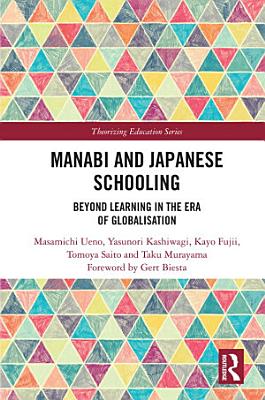 Manabi and Japanese Schooling: Beyond Learning in the Era of Globalisation considers the theory and practices behind the Japanese concept of Manabi, particularly as the progressive concept of learning in the globalised world. It seeks to provide educational visions of Manabi as an alternative concept of learning in the era of post-globalisation. The authors derive different perspectives in Manabi from Eastern philosophy, clarifying and comparing with learning and Bildung to give alternative educational discourses. It considers the idea of Confucius and Taoism and studies the practice of minna, characterising it as a cooperative and peaceful problem-solving method. Addressing the trend of ‘learnification’ and its contribution to educational reform, it explores the impacts, conflicts and difficulties of introducing learner-centred education into East Asian educational settings as well as the potential of Manabi as an effective tool for all types of learning. Expertly written and researched, this book includes a foreword by Gert Biesta and is a valuable resource for researchers, academics and postgraduate students in the field of educational philosophy, educational theory and Eastern philosophy. 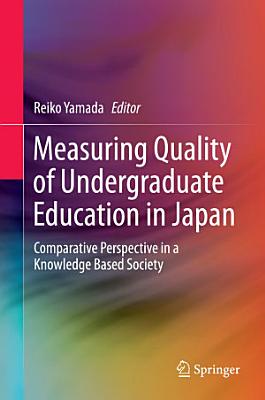 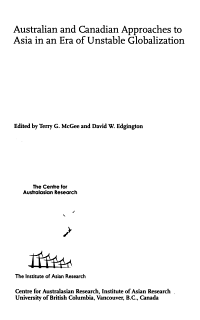