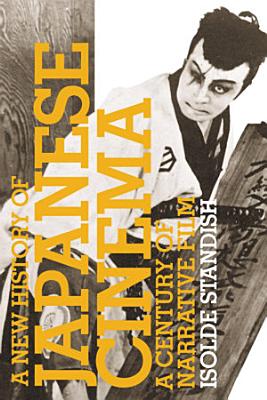 In A New History of Japanese Cinema Isolde Standish focuses on the historical development of Japanese film. She details an industry and an art form shaped by the competing and merging forces of traditional culture and of economic and technological innovation. Adopting a thematic, exploratory approach, Standish links the concept of Japanese cinema as a system of communication with some of the central discourses of the twentieth century: modernism, nationalism, humanism, resistance, and gender. After an introduction outlining the earliest years of cinema in Japan, Standish demonstrates cinema's symbolic position in Japanese society in the 1930s - as both a metaphor and a motor of modernity. Moving into the late thirties and early forties, Standish analyses cinema's relationship with the state-focusing in particular on the war and occupation periods. The book's coverage of the post-occupation period looks at "romance" films in particular. Avant-garde directors came to the fore during the 1960s and early seventies, and their work is discussed in depth. The book concludes with an investigation of genre and gender in mainstream films of recent years. In grappling with Japanese film history and criticism, most western commentators have concentrated on offering interpretations of what have come to be considered "classic" films. A New History of Japanese Cinema takes a genuinely innovative approach to the subject, and should prove an essential resource for many years to come. 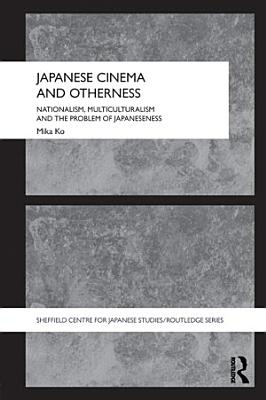 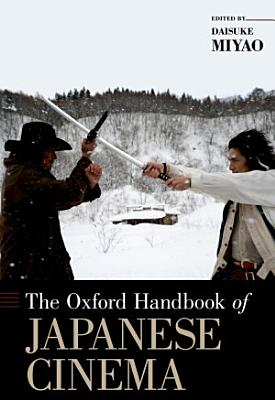 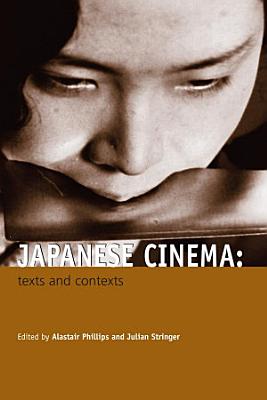 Japanese Cinema includes twenty-four chapters on key films of Japanese cinema, from the silent era to the present day, providing a comprehensive introduction to Japanese cinema history and Japanese culture and society. Studying a range of important films, from Late Spring, Seven Samurai and In the Realm of the Senses to Godzilla, Hana-Bi and Ring, the collection includes discussion of all the major directors of Japanese cinema including Ozu, Mizoguchi, Kurosawa, Oshima, Suzuki, Kitano and Miyazaki. Each chapter discusses the film in relation to aesthetic, industrial or critical issues and ends with a complete filmography for each director. The book also includes a full glossary of terms and a comprehensive bibliography of readings on Japanese cinema. Bringing together leading international scholars and showcasing pioneering new research, this book is essential reading for all students and general readers interested in one of the world’s most important film industries. 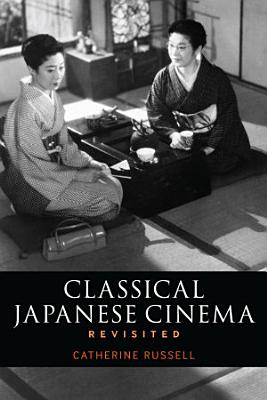 Catherine Russell's highly accessible book approaches Japanese cinema as an industry closely modeled on Hollywood, focusing on the classical period - those years in which the studio system dominated all film production in Japan, from roughly 1930 to 1960. Respectful and thoroughly informed about the aesthetics and critical values of the Japanese canon, Russell is also critical of some of its ideological tendencies, and her analyses provide new insights on class and gender dynamics. Russell locates Japanese cinema within a global system of reception, and she highlights the importance of the industrial production context of these films. Including studies of landmark films by Ozu, Kurosawa and other directors, this book provides a perfect introduction to a crucial and often misunderstood area of Japanese cultural output. With a critical approach that highlights the "everydayness" of Japanese studio-era cinema, Catherine Russell demystifies the canon of great Japanese cinema, treating it with fewer auteurist and Orientalist assumptions than many other scholars and critics. 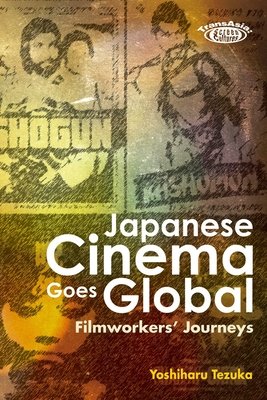 Japan’s film industry has gone through dramatic changes in recent decades, as international consumer forces and transnational talent have brought unprecedented engagement with global trends. With careful research and also unique first-person observations drawn from years of working within the international industry of Japanese film, the author aims to examine how different generations of Japanese filmmakers engaged and interacted with the structural opportunities and limitations posed by external forces, and how their subjectivity has been shaped by their transnational experiences and has changed as a result. Having been through the globalization of the last part of the twentieth century, are Japanese themselves and overseas consumers of Japanese culture really becoming more cosmopolitan? If so, what does it mean for Japan’s national culture and the traditional sense of national belonging among Japanese people? 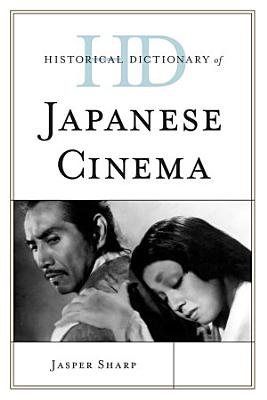 The cinema of Japan predates that of Russia, China, and India, and it has been able to sustain itself without outside assistance for over a century. Japanese cinema's long history of production and considerable output has seen films made in a variety of genres, including melodramas, romances, gangster movies, samurai movies, musicals, horror films, and monster films. It has also produced some of the most famous names in the history of cinema: Akira Kurosawa, Hayao Miyazaki, Beat Takeshi, Toshirô Mifune, Godzilla, The Ring, Akira, Rashomon, and Seven Samurai. The Historical Dictionary of Japanese Cinema is an introduction to and overview of the long history of Japanese cinema. It aims to provide an entry point for those with little or no familiarity with the subject, while it is organized so that scholars in the field will also be able to use it to find specific information. This is done through a detailed chronology, an introductory essay, and appendixes of films, film studios, directors, and performers. The cross-referenced dictionary entries cover key films, genres, studios, directors, performers, and other individuals. This book is an excellent access point for students, researchers, and anyone wanting to know more about Japanese cinema. 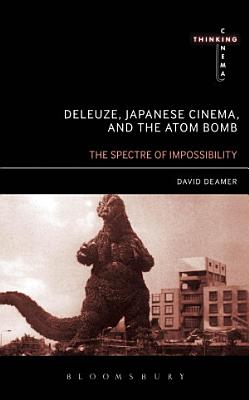 David Deamer establishes the first ever sustained encounter between Gilles Deleuze's Cinema books and post-war Japanese cinema, exploring how Japanese films responded to the atomic bombings of Hiroshima and Nagasaki. From the early days of occupation political censorship to the social and cultural freedoms of the 1960s and beyond, the book examines how images of the nuclear event appear in post-war Japanese cinema. Each chapter begins by focusing upon one or more of three key Deleuzian themes – image, history and thought – before going on to look at a selection of films from 1945 to the present day. These include movies by well-known directors Kurosawa Akira, Shindo Kaneto, Oshima Nagisa and Imamura Shohei; popular and cult classics – Godzilla (1954), Akira (1988) and Tetsuo (1989); contemporary genre flicks – Ring (1998), Dead or Alive (1999) and Casshern (2004); the avant-garde and rarely seen documentaries. The author provides a series of tables to clarify the conceptual components deployed within the text, establishing a unique addition to Deleuze and cinema studies. 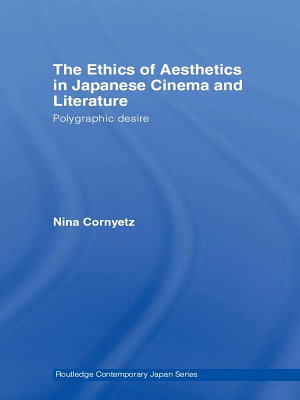 This is an innovative, scholarly and original study of the ethics of modern Japanese aesthetics from the 1930s, through the Second World War and into the post-war period. Nina Cornyetz embarks on new and unprecedented readings of some of the most significant literary and film texts of the Japanese canon, for instance works by Kawabata Yasunari, Mishima Yukio, Abe Kôbô and Shinoda Masahiro, all renowned for their texts' aesthetic and philosophic brilliance. Cornyetz uniquely opens up the field in a fresh and controversial way by showing how these authors and filmmakers' concepts of beauty and relation to others were, in fact, deeply impacted by political and social factors. Probing questions are asked such as: How did Japanese fascism and imperialism ideologically, politically and aesthetically impact on these literary/cinematic giants? How did the emperor as the 'nodal point' for Japanese national identity affect their ethics? What were the repercussions of the virtual collapse of the Marxist movement in the 1960s? What are the similarities and differences between pre-war, wartime and post-war ideals of beauty and those of fascist aesthetics in general? This ground-breaking work is truly interdisciplinary and will appeal to students and scholars of Japanese literature, film, gender, culture, history and even psychoanalytic theory. 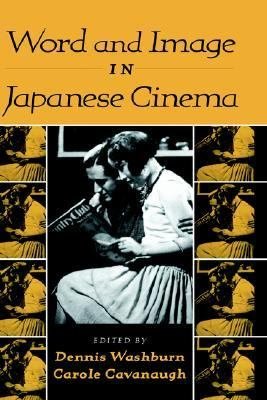 Word and Image in Japanese Cinema examines the complex relationship between the temporal order of linguistic narrative and the spatiality of visual spectacle, a dynamic that has played an important role in much of Japanese film. The tension between the controlling order of words and the liberating fragmentation of images has been an important force that has shaped modern culture in Japan and that has also determined the evolution of its cinema. In exploring the rift between word and image, the essays in this volume clarify the cultural imperatives that Japanese cinema reflects, as well as the ways in which the dialectic of word and image has informed the understanding and critical reception of Japanese cinema in the West.

This study argues that in Japanese popular cinema the 'tragic hero' narrative is an archetypal plot-structure upon which male genres, such as the war-retro and yakuza films are based. Two central questions in relation to these post-war Japanese film genres and historical consciousness are addressed: What is the relationship between history, myth and memory? And how are individual subjectivities defined in relation to the past? The book examines the role of the 'tragic hero' narrative as a figurative structure through which the Japanese people could interpret the events of World War II and defeat, offering spectators an avenue of exculpation from a foreign-imposed sense of guilt. Also considered is the fantasy world of the nagare-mono (drifter) or yakuza film. It is suggested that one of the reasons for the great popularity of these films in the 1960s and 1970s lay in their ability to offer men meanings that could help them understand the contradictions between the reality of their everyday experiences and the ideological construction of masculinity. 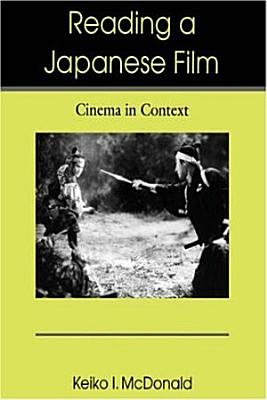 Keiko McDonald presents a historical overview and outlines a unified approach to Japanese film theory. She analyses a wide range of work, from familiar classics by Ozu and Kurosawa to the films of a younger generation of directors. 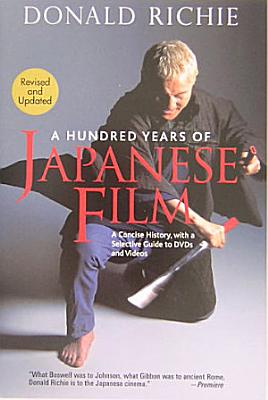 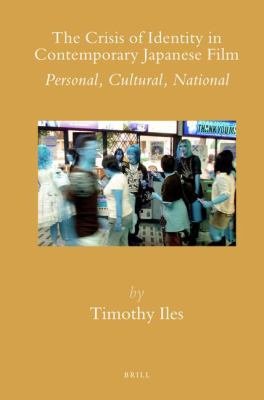 This study, from a variety of analytical approaches, examines ways in which contemporary Japanese film presents a critical engagement with Japan's project of modernity to demonstrate the 'crisis' in conceptions of identity. The work discusses gender, the family, travel, the 'everyday' as horror, and ways in which animated films can offer an ideal space in which an ideal conception of identity may emerge and thrive. It presents close, theoretically-informed textual analyses of the thematic issues contemporary Japanese films raise, through a wide range of genres, from comedy, family drama, and animation, to science fiction and horrror by directors such as Kurosawa Kiyoshi, Morita Yoshimitsu, Miike Takashi, Oshii Mamoru, Kon Satoshi, and Miyazaki Hayao, in language that is accessible but precise.