The relationship between Christianity and Islam is complex. This collection of essays by scholars and human rights activists engages with some of the most pressing issues in Christian-Muslim relations, addressing matters of theology, the encounter between civilisations and inter-religious affairs. Some of the most controversial and sensitive questions are considered, ranging from sacred text to the politics of multiculturalism. These are key questions for the 21st century, a period when Christianity and Islam are destined to interact more closely than ever before in human history. 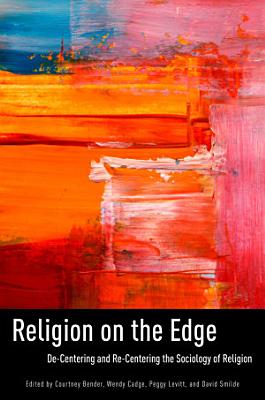 The thirteen essays in this volume offer a challenge to conventional scholarly approaches to the sociology of religion. They urge readers to look beyond congregational settings, beyond the United States, and to religions other than Christianity, and encourage critical engagement with religion's complex social consequences. By expanding conceptual categories, the essays reveal how aspects of the religious have always been part of allegedly non-religious spaces and show how, by attending to these intellectual blindspots, we can understand aspects of identity, modernity, and institutional life that have long been obscured. Religion on the Edge addresses a number of critical questions: What is revealed about the self, pluralism, or modernity when we look outside the U.S. or outside Christian settings? What do we learn about how and where the religious is actually at work and what its role is when we unpack the assumptions about it embedded in the categories we use? Religion on the Edge offers groundbreaking new methodologies and models, bringing to light conceptual lacunae, re-centering what is unsettled by their use, and inviting a significant reordering of long-accepted political and economic hierarchies. The book shows how social scientists across the disciplines can engage with the sociology of religion. By challenging many of its long-standing empirical and analytic tendencies, the contributors to this volume show how their work informs and is informed by debates in other fields and the analytical purchase gained by bringing these many conversations together. Religion on the Edge will be a crucial resource for any scholar seeking to understand our post-modern, post-secular world. 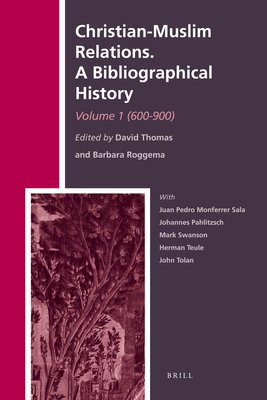 Christian-Muslim Relations, a Bibliographical History 1 (CMR1) is the first part of a general history of relations between the faiths from the seventh century to the present. It covers the period from 600 to 1500, when encounters took place through the extended Mediterranean basin and are recorded in Syriac, Arabic, Greek, Latin and other languages. It comprises introductory essays on the treatment of Christians in the Qur'an, Qur'an commentaries, biographies of the Prophet, Hadith and Sunni law, and of Muslims in canon law, and the main body of more than two hundred detailed entries on all the works recorded, whether surviving or lost. These entries provide biographical details of the authors where known, descriptions and assessments of the works themselves, and complete accounts of manuscripts, editions, translations and studies. The result of collaboration between leading scholars, CMR1 is intended as a basic tool for research in Christian-Muslim relations. 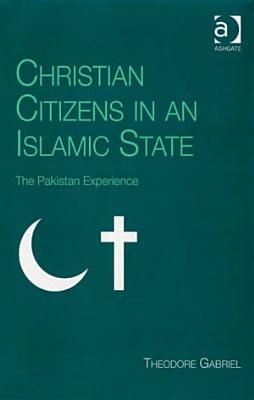 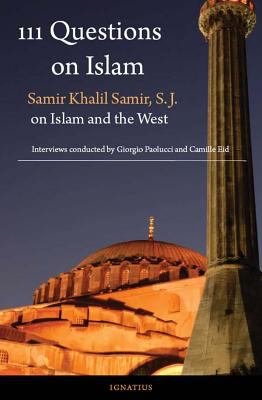 The terrorist attack on the Twin Towers, the Afghan conflict, waves of migration, and the presence of twelve million Muslims in the European Union: these are just a few of the things that have helped contribute to a growing interest in Islam, its culture, and its followers. They awaken old and new questions about a religious, cultural, and political reality that 1,200,000,000 people consider themselves a part of. This book is the result of a series of extended interviews between an internationally acclaimed expert on Islam and two journalists who have dedicated themselves for many years to studying key themes of Islam and analyzing the possibility of coexistence between people of different faiths and cultures. How was Islam born? What does the Qur'an represent for Muslims? What relationships have developed between Islam and violence, between Islamic culture and the West? How can a real integration of Islam take place in European societies? What are the conditions for a constructive encounter between Christians and Muslims? Samir Khalil Samir--one of the world's leading experts on Islam--responds to these questions in an in-depth interview that can help one learn and judge for oneself, without prejudice or naivete. This is a contribution in the spirit of the realism needed in order to build adequate ways of living with those who have become our new neighbors. 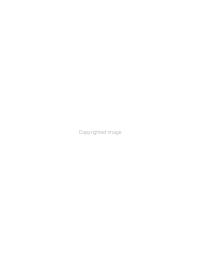 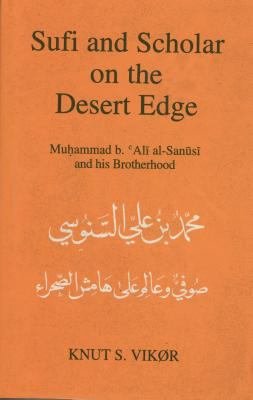 Al-Sanusi was both a Sufi teacher and a scholar of Islamic Law. He advocated reform in the development of the Law, putting greater stress on the study and interpretation of original sources of dogma. At the same time, he was a traditional Sufi, combining mystical teaching and practical organizing. This study of al-Sanusi focuses on the scholarly tradition that formed him, a tradition of Islamic learning and reform that spanned the Islamic world from Morocco to Mecca and beyond. The book discusses al-Sanusi's role in the Sufi network created by his teacher, Ahmad b. Idris, and in the scholarly milieu of the Qarawiyin in Fez. It also presents al-Sanusi's writings, and gives an overview of the Sanusiya order in the mid-nineteenth century. 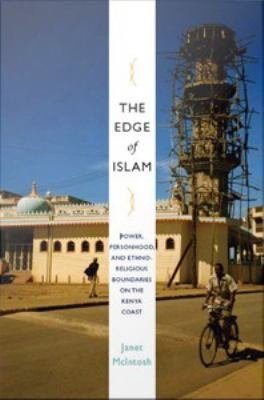 In this theoretically rich exploration of ethnic and religious tensions, Janet McIntosh demonstrates how the relationship between two ethnic groups in the bustling Kenyan town of Malindi is reflected in and shaped by the different ways the two groups relate to Islam. While Swahili and Giriama peoples are historically interdependent, today Giriama find themselves literally and metaphorically on the margins, peering in at a Swahili life of greater social and economic privilege. Giriama are frustrated to find their ethnic identity disparaged and their versions of Islam sometimes rejected by Swahili. The Edge of Islam explores themes as wide-ranging as spirit possession, divination, healing rituals, madness, symbolic pollution, ideologies of money, linguistic code-switching, and syncretism and its alternatives. McIntosh shows how the differing versions of Islam practiced by Swahili and Giriama, and their differing understandings of personhood, have figured in the growing divisions between the two groups. Her ethnographic analysis helps to explain why Giriama view Islam, a supposedly universal religion, as belonging more deeply to certain ethnic groups than to others; why Giriama use Islam in their rituals despite the fact that so many do not consider the religion their own; and how Giriama appropriations of Islam subtly reinforce a distance between the religion and themselves. The Edge of Islam advances understanding of ethnic essentialism, religious plurality, spirit possession, local conceptions of personhood, and the many meanings of “Islam” across cultures. 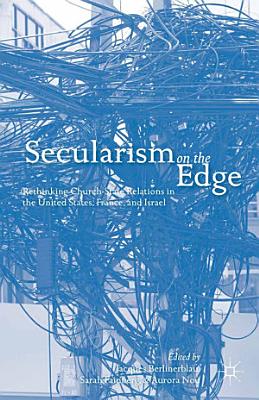 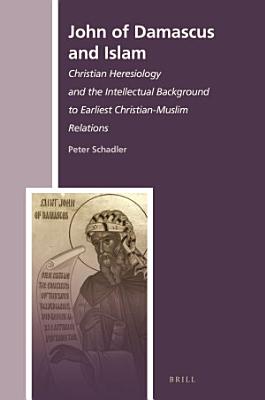 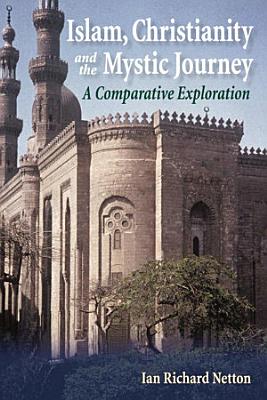 This distinctive comparison of Islamic and Christian mysticism focuses on the mystic journey in the two faith traditions. 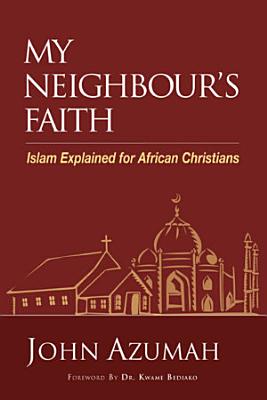 Nowhere else in the world have both Islam and Christianity been more instrumental in shaping the history of a people and their way of life than in Africa. African Muslims and Christians have a lot in common, including kinship ties, shared languages and citizenship. Yet, despite the centuries of deep historical links and harmonious existence between the two religions, new challenges threaten this harmony. Conflicts involving Christians and Muslims in places like Sudan, Nigeria and Ivory Coast are common. These conflicts are fueled primarily by ignorance, stereotyping and prejudice, which in turn breed fear, suspicion and even hatred, in some cases leading to violence. My Neighbour’s Faith sheds light on the beliefs and teaching of Islam by addressing matters of contemporary importance to Christians and the wider non-Muslim audience. It presents the human face of Islam—the face of a close relative, a neighbour, a teacher and even a head of state—in a balanced and critical way that gives a credible view of Islam. 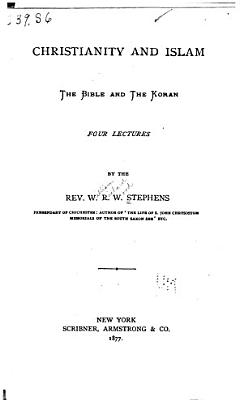 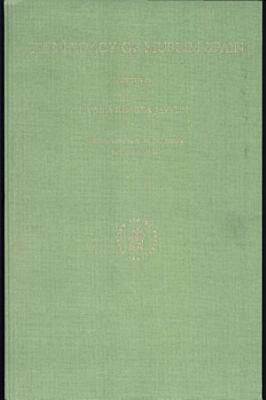