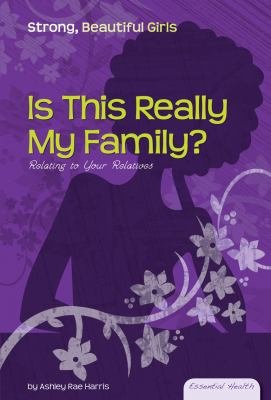 Is This Really My Family features fictional narratives paired with firsthand advice from a licensed psychologist to offer news ways for preteen and teen girls to deal with challenging family situations. Topics include dealing with strict parents, balancing home and school responsibilities, handling a parent whoÍs dating, and becoming part of a stepfamily. Throughout the book, Talk About It questions encourage discussion. Additional resources, a glossary, and an index are also included. Is This Really My Family will leave readers feeling confident to handle any future family drama. 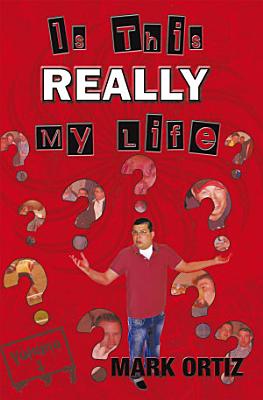 If you have ever wondered where the people that your mother warned you about actually come from? Then, you are in luck. Within the pages of Mark Ortizs first publication is where you will find them. Within this book lies the brutal, and sometimes barbaric, reality of a youth gone wild. Marks Ortizs tales of woe are both vulgarly honest and painfully endearing. His rag tag group of friends will leave you in stitches as he takes you from drunken bachelor parties to childish feats of bravado. The unfathomable situations that Mark Ortiz and his friends get into are undoubtedly the most absurd things that one has ever read. Hilarity is rampart with each turning of the page. If you are a fan of programs such as Jackass and publications such as I Hope They Serve Beer In Hell, then welcome to the Mark Ortiz experience. Warning: This publication is not for the faint of heart. Mark Ortiz does not condone or advise any readers to attempt or recreate any acts within these pages. 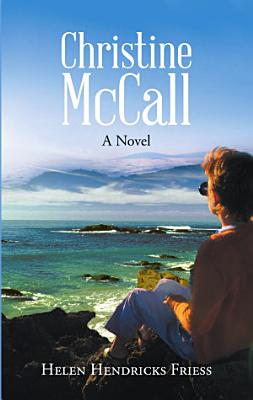 Christine McCall left home at age 17. She was newly married to a man who wanted to become famous. When her marriage failed she returned home to learn her parents and young brother were possibly killed in an auto accident. She is unable to confirm any facts. She is alone in the world. She begins a new life but makes many serious mistakes along the way which result in tragic circumstances for her. She decides to change her life. Five years later she marries George McCall, a wealthy business man, who in spite of her past loved her deeply. She keeps a happy face but the ghosts of her past continue to haunt and shame her. They have twenty-five happy years together before his death. After five years of mourning for him she finally decides she needs to build a new life. When a young man appears on her doorstep, claiming to be the son of her dead brother, she is shocked and shaken, but also hopeful that she now has a new family with this young man, his very young wife, and baby daughter. A new found friend and her attorney are concerned about the visitors and help her to find answers about her past. 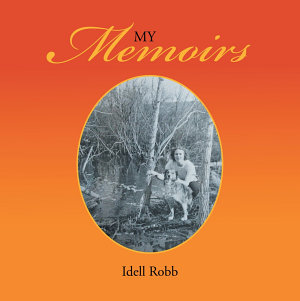 My life has been so very interesting and mostly joyful. I would like to share it with my family. My birthday is May 7/33. As I start to write this I am 72 years young, and have had a very good life. I feel like my cup is full and overflowing. Sometimes I feel like I am drinking from the saucer, I would be very happy to keep sipping for some time yet. A person is very, very lucky to be able to say this. Now I shall go back in time and tell my life story as I remember, hoping you will enjoy. 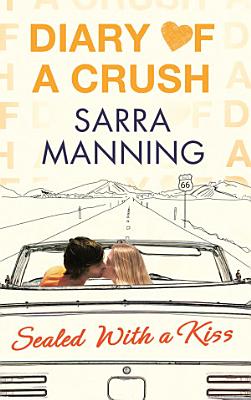 Edie and Dylan have been dreaming about their road trip across America for ever. But nine weeks in a car together is going to be a huge test for them. They're crazy in love, but what if that's not enough? Trailer parks, diners, motels and glitzy casinos are the backdrop for an adventure that threatens the whole future of their relationship. Will Edie and Dylan be able to go the distance? 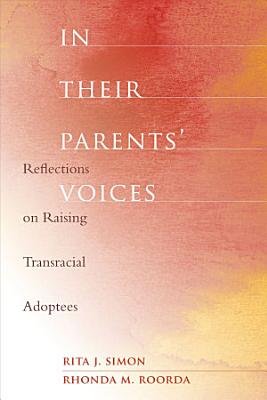 Rita J. Simon and Rhonda M. Roorda's In Their Own Voices: Transracial Adoptees Tell Their Stories shared the experiences of twenty-four black and biracial children who had been adopted into white families in the late 1960s and 70s. The book has since become a standard resource for families and practitioners, and now, in this sequel, we hear from the parents of these remarkable families and learn what it was like for them to raise children across racial and cultural lines. These candid interviews shed light on the issues these parents encountered, what part race played during thirty plus years of parenting, what they learned about themselves, and whether they would recommend transracial adoption to others. Combining trenchant historical and political data with absorbing firsthand accounts, Simon and Roorda once more bring an academic and human dimension to the literature on transracial adoption. 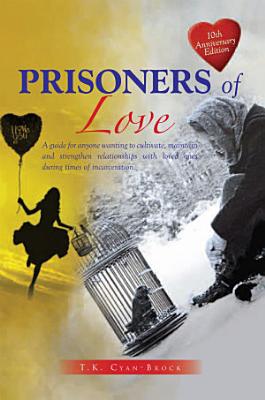 Prisoners of Love 10th Anniversary edition is for the families and friends of the incarcerated and those who want to be supportive to someone going through this situation. It was written by families of the incarcerated with professional insights and advice on topics common to incarceration. Prisoners of Love is empowering but does not sugarcoat the reality of waiting for someone while they are incarcerated. It offers hope, inspiration, and how-to information designed to help the reader navigate through this often heartbreaking situation. Prisoners of Love will help you overcome obstacles and use this time to grow closer and grow better as individuals instead of let the system and situation break you down. When my fianc was sentenced to serve time in prison, I felt lost and alone. After reading Prisoners of Love, I realized that there was still hope for us. Prisoners of Love gave us the encouragement and guidance we needed to bring us through the most difficult time of our relationship.Margaret M. This is a wonderful book for the millions of people who have loved ones on the other side. I keep a copy by my bedside and refer to it when I need encouragement.Sharon, North Carolina T.K. Cyan-Brock is the founder of www.prisonersoflove.com a website helping the families of the incarcerated since 1996. She has filled the 10th Anniversary edition with even more information that has kept her own family and other families going during times of incarceration. 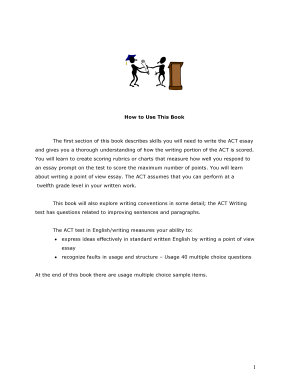 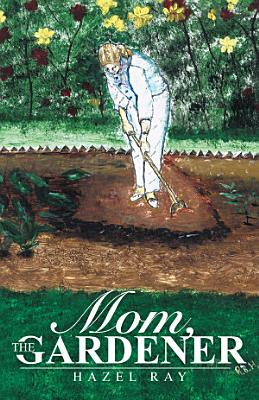 This book is for mothers who are working endlessly in their gardens making their families a protected and cultivated place. Id like to encourage you to keep praying and never give up hope. Always remember this promise: The Lord is faithful, He will strengthen and protect you from the evil one (2 Thessalonians 3:3). 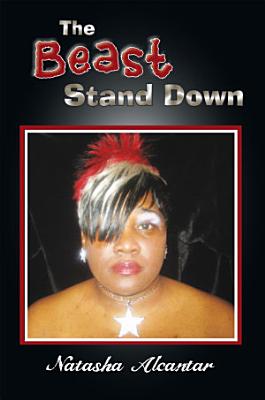 The extraordinary woman thats on the front cover, is my lovely sister. Like I said before on my other book Hairology. Im from a family of eight, Im the last. Coming up in a big family is a lot of fun guaranteed. My family has helped me out a lot. Me just a lost soul on the street, trying to get directed in the right direction. I pray every time I can remember, Just the thought of God is a celebration within itself. Boy I tell you life is a wonderful joy. Its about time we start giving back to the ones who loves us the most. Im 31 and married with four children, and one on the way. The pain is server, but the end result is life, what a joy! 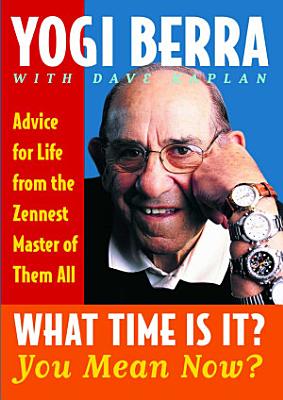 Could Confucius hit a curveball? Could Yoda block the plate? Can the Dalai Lama dig one out of the dirt? No, there is only one Zen master who could contemplate the circle of life while rounding the bases. Who is this guru lurking in the grand old game? Well, he's the winner of ten World Series rings, a member of both the Hall of Fame and the All-Century Team, and perhaps the most popular and beloved ballplayer of all time. And without effort or artifice he's waxed poetic on the mysteries of time (“It gets late awful early out there”), the meaning of community (“It's so crowded nobody goes there anymore”), and even the omnipresence of hope in the direst circumstances (“It ain't over ‘til it's over”). It's Yogi Berra, of course, and in What Time Is It? You Mean Now? Yogi expounds on the funny, warm, borderline inadvertent insights that are his trademark. Twenty-six chapters, one for each letter, examine the words, the meaning, and the uplifting example of a kid from St. Louis who grew up to become the consummate Yankee and the ultimate Yogi. 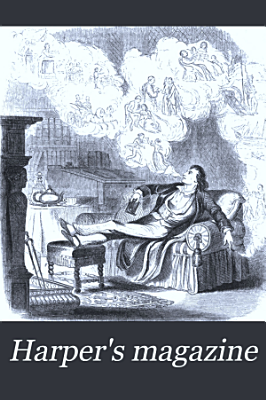 Important American periodical dating back to 1850. 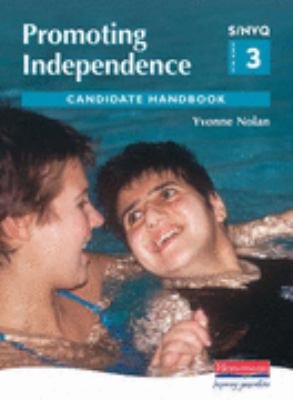 This title is for candidates taking a specialist route through their NVQ in order to work with the elderly or those with special needs. It covers 5 mandatory units of the award and 10 of the option units, providing students with a choice in their selection of option units. 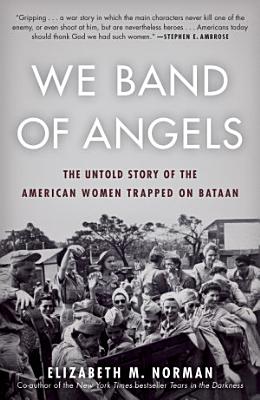 In the fall of 1941, the Philippines was a gardenia-scented paradise for the American Army and Navy nurses stationed there. War was a distant rumor, life a routine of easy shifts and dinners under the stars. On December 8 all that changed, as Japanese bombs began raining down on American bases in Luzon, and this paradise became a fiery hell. Caught in the raging battle, the nurses set up field hospitals in the jungles of Bataan and the tunnels of Corregidor, where they tended to the most devastating injuries of war, and suffered the terrors of shells and shrapnel. But the worst was yet to come. After Bataan and Corregidor fell, the nurses were herded into internment camps where they would endure three years of fear, brutality, and starvation. Once liberated, they returned to an America that at first celebrated them, but later refused to honor their leaders with the medals they clearly deserved. Here, in letters, diaries, and riveting firsthand accounts, is the story of what really happened during those dark days, woven together in a deeply affecting saga of women in war. Praise for We Band of Angels “Gripping . . . a war story in which the main characters never kill one of the enemy, or even shoot at him, but are nevertheless heroes . . . Americans today should thank God we had such women.”—Stephen E. Ambrose “Remarkable and uplifting.”—USA Today “[Elizabeth M. Norman] brings a quiet, scholarly voice to this narrative. . . . In just a little over six months these women had turned from plucky young girls on a mild adventure to authentic heroes. . . . Every page of this history is fascinating.”—Carolyn See, The Washington Post “Riveting . . . poignant and powerful.”—The Dallas Morning News Winner of the Lavinia Dock Award for historical scholarship, the American Academy of Nursing National Media Award, and the Agnes Dillon Randolph Award