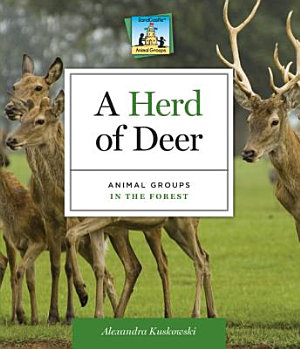 This educational title explores the various habitats and behavior of animals that live together in the forest. From a sleuth of bears to a parliament of owls, large photos take children on a journey around the globe to learn about animal groups. Each page spread has a simple sentence followed by facts about the animals. A quick quiz provides additional reading and learning fun! Aligned to Common Core Standards and correlated to state standards. Sandcastle is an imprint of Abdo Publishing, a division of ABDO. 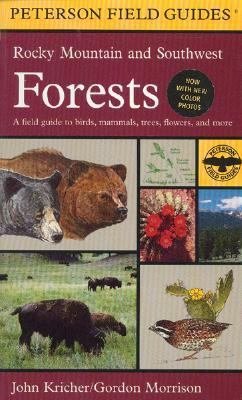 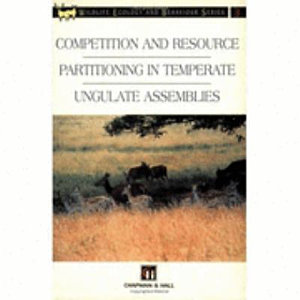 Rory Putman addresses the question of how, in many temporate ecosystems, diverse and species-rich assemblies of ungulates manage to co-exist despite often quite extensive overlap in ecological requirements. Putman explores the potential for competition, competition tolerance and even positive facilitation amongst the members of such guilds of ungulates. As a central worked example, the author employs data resulting from over 20 years of personal research into the ecology and population dynamics of various large herbivores of the New Forest in Southern England. With these, he applies formal protocols in resource use, evidence for resource limitation and evidence for interaction between species in changing population size over the years. 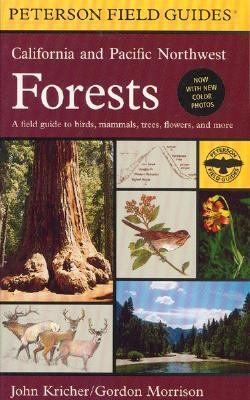 A detailed guide brings to life the beauty, inhabitants, and various kinds of trees and plants of the Sierra Nevada forests, the California forests, the Pacific Northwest forests, and the boreal forests of Canada and Alaska. Original. 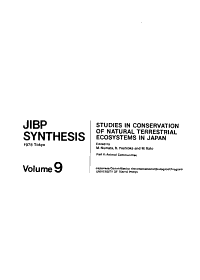 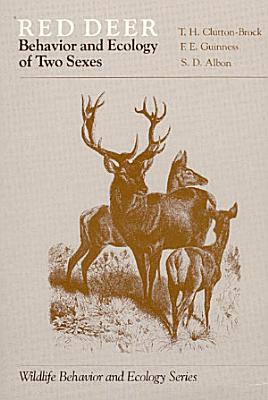 Red Deer: Behavior and Ecology of Two Sexes is the most extensive study yet available of reproduction in wild vertebrate. The authors synthesize data collected over ten years on a population of individually recognizable red deer, usually regarded as conspecific with the American elk. Their results reveal the extent of sex differences in behavior, reproduction, and ecology and make a substantial contribution to our understanding of sexual selection. 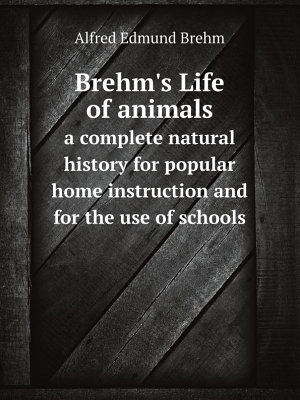 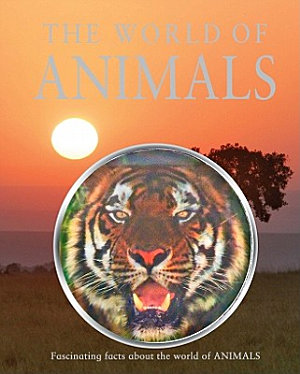 Presents thorough information on different types of animals from simple single living cells to the most complex kinds of mammals. 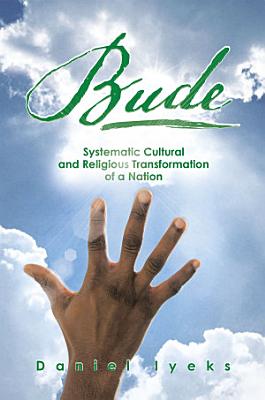 "Bude" describes the interactions of two different cultures and religions not only separated by the ocean but also by distance. Polar, a character in "Bude" depicts the culture and the religion of the Igodo people prior to an external cultural and religious influences while Bude the main character of the book depicts the transformation process of the culture and religion of the same Igodo people during the external cultural and religious interactions. "Bude" shows that the original culture and religion of a people are dependent on the peoples’ environment and experience and should not be judged by others but respected. The Igodo people were aware that their culture and religion were under attack in the name of education and religion but their desire for education without the necessary funding made them vulnerable to the external cultural and religious influences. The book concluded that a more financially stable culture and religion will dominate others after interactions. "Bude" is original and the contents are actual events of the nineteenth and the twentieth centuries’ colonization of an ancient nation and it is based on actual people and places with the names changed. Daniel Iyeks, the author of this book was an observer at the time and he was also a part of that transformation. It is memorable because "Bude" depicts how most of the world was colonized by the western powers without the use of any weapons and that the approach could be applied in most of the world volatile places today. 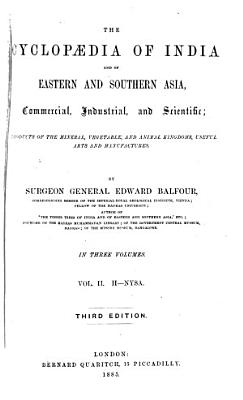 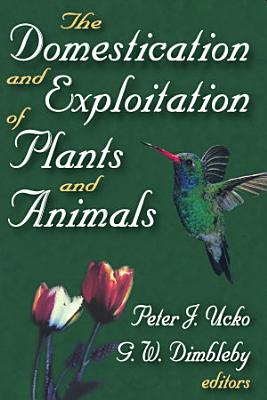 The domestication of plants and animals was one of the greatest steps forward taken by mankind. Although it was first achieved long ago, we still need to know what led to it and how, and even when, it took place. Only when we have this understanding will we be able to appreciate fully the important social and economic consequences of this step. Even more important, an understanding of this achievement is basic to any insight into modern man's relationship to his habitat. In the last decade or two a change in methods of investigating these events has taken place, due to the mutual realization by archaeologists and natural scientists that each held part of the key and neither alone had the whole. Inevitably, perhaps, the floodgate that was opened has resulted in a spate of new knowledge, which is scattered in the form of specialist reports in diverse journals. This volume results from presentations at the Institute of Archaeology, London University, discussing the domestication and exploitation of plants and animals. Workers in the archaeological, anthropological, and biological fields attempted to bridge the gap between their respective disciplines through personal contact and discussion. Modern techniques and the result of their application to the classical problems of domestication, selection, and spread of cereals and of cattle were discussed, but so were comparable problems in plants and animals not previously considered in this context. Although there were differing opinions on taxonomic classification, the editors have standardized and simplified the usage throughout this book. In particular, they have omitted references to authorities and adopted the binomial classification for both botanical and zoological names. They followed this procedure in all cases except where sub-specific differences are discussed and also standardized orthography of sites. Peter J. Ucko is professor emeritus of archaeology at the Institute of Archaeology, University College London. His research interests include the history of archaeology, prehistoric art and images, and interpretation of archaeological collections and site displays. G. W. Dimbleby (1917-2000) was Chair of Human Environment at the Institute of Archaeology, London University. He was the founding editor of the Journal of Archeological Science. Throughout his life he served on important committees such as Science-based Archaeology Committee of the Science Research Council and the Committee for Rescue Archaeology of the Ancient Monuments Board of England. 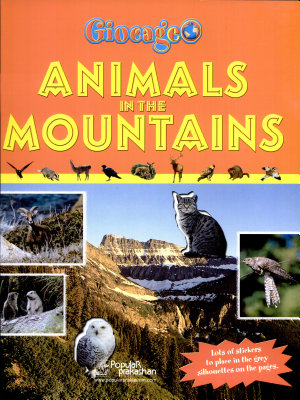 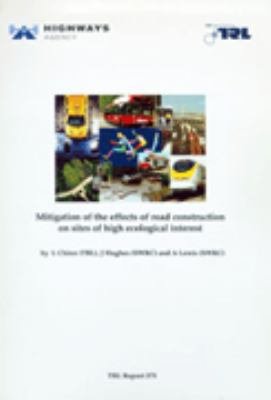 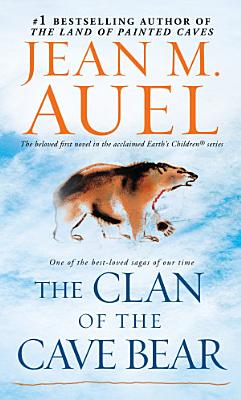 This enhanced eBook includes: • Eight never-before-seen video interviews with Jean M. Auel where she discusses The Clan of the Cave Bear and the Earth’s Children® series: “You Must Be Able to Change in Order to Survive,” “Jondalar and Ayla,” “On Language," “Cro-Magnons and Neanderthals: The Crossbreeding Question,” “On Research (and Glaciers),” “The Domestication of Horses and Wolves,” “The Painted Caves,” and “What Is It Like Finishing a Series?” • An excerpt from The Land of Painted Caves • An Earth’s Children® series sampler • A text Q&A with Jean M. Auel • The full text of the novel This novel of awesome beauty and power is a moving saga about people, relationships, and the boundaries of love. Nominated as one of America’s best-loved novels by PBS’s The Great American Read Through Jean M. Auel’s magnificent storytelling we are taken back to the dawn of modern humans, and with a girl named Ayla we are swept up in the harsh and beautiful Ice Age world they shared with the ones who called themselves The Clan of the Cave Bear. A natural disaster leaves the young girl wandering alone in an unfamiliar and dangerous land until she is found by a woman of the Clan, people very different from her own kind. To them, blond, blue-eyed Ayla looks peculiar and ugly—she is one of the Others, those who have moved into their ancient homeland; but Iza cannot leave the girl to die and takes her with them. Iza and Creb, the old Mog-ur, grow to love her, and as Ayla learns the ways of the Clan and Iza’s way of healing, most come to accept her. But the brutal and proud youth who is destined to become their next leader sees her differences as a threat to his authority. He develops a deep and abiding hatred for the strange girl of the Others who lives in their midst, and is determined to get his revenge.