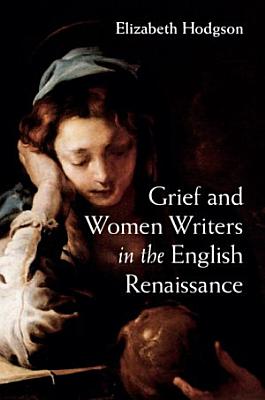 This book examines the way in which early modern women writers conceived of grief and the relationship between the dead and the living. 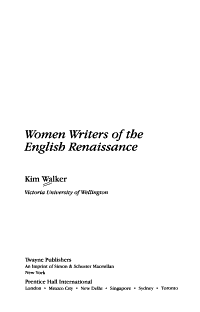 Did women have a Renaissance? Over the last decade much of the most eminent and significant scholarship in Renaissance studies has attempted to answer this question. Kim Walker's Women Writers of the English Renaissance takes a commanding lead among the responses. In a careful, current, and wide-ranging survey of Renaissance women writers, Walker examines the social, educational, economic, and ideological constraints under which women wrote; their attempts to move from the margin to the center of literary production; and their establishment of careers as professional writers. Both major and minor writers - poets, diarists, letter writers, romance writers, playwrights, and biographers - are discussed here in revealing, reliable, and provocative ways. Major writers including Mary Sidney, Elizabeth Cary, and Mary Wroth are presented in a new, more broad perspective. Walker's synthesis of cultural history and literary criticism makes this volume a significant accomplishment that should be read by every scholar and student of the culture and literature of Tudor and Stuart England. 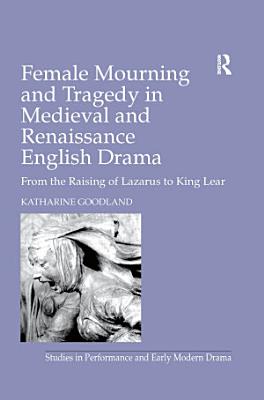 Grieving women in early modern English drama, this study argues, recall not only those of Classical tragedy, but also, and more significantly, the lamenting women of medieval English drama, especially the Virgin Mary. Looking at the plays of Shakespeare, Kyd, and Webster, this book presents a new perspective on early modern drama grounded upon three original interrelated points. First, it explores how the motif of the mourning woman on the early modern stage embodies the cultural trauma of the Reformation in England. Second, the author here brings to light the extent to which the figures of early modern drama recall those of the recent medieval past. Finally, Goodland addresses how these representations embody actual mourning practices that were viewed as increasingly disturbing after the Reformation. Female Mourning and Tragedy in Medieval and Renaissance English Drama synthesizes and is relevant to several areas of recent scholarly interest, including the performance of gender, the history of emotion, studies of death and mourning, and the cultural trauma of the Reformation. 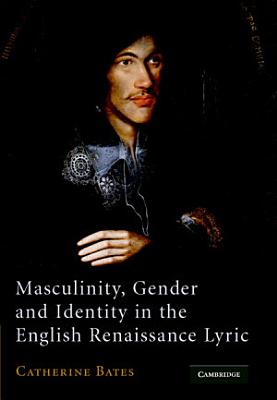 In early modern lyric poetry, the male poet or lover often appears not as powerful and masterly but rather as broken, abject, and feminine. Catherine Bates examines the cultural and literary strategies behind this representation and uncovers radically alternative models of masculinity in the lyric tradition of the Renaissance. Focusing on Sidney, Ralegh, Shakespeare, and Donne, she offers astute readings of a wide range of texts – a sonnet sequence, a blazon, an elegy, a complaint, and an epistle. She shows how existing critical approaches have too much invested in the figure of the authoritative male writer to be able to do justice to the truly radical nature of these alternative masculinities. Taking direction from psychoanalytic theories of gender formation, Bates develops critical strategies that make it possible to understand and appreciate what is genuinely revolutionary about these texts and about the English Renaissance lyric tradition at large. 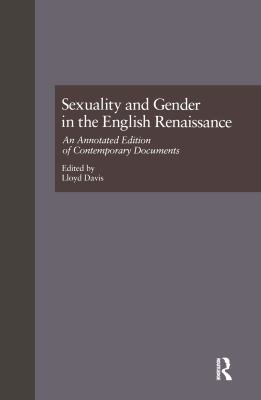 This volume traces the modern critical and performance history of this play, one of Shakespeare's most-loved and most-performed comedies. The essay focus on such modern concerns as feminism, deconstruction, textual theory, and queer theory. 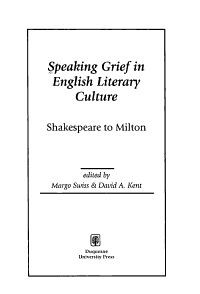 Grief is a universal emotion expressed in response to numerous forms of loss or bereavement. Expressing grief has been subject to varying degrees of religious and social constraint in different periods of history and in different cultures and traditions. This collection of 12 essays by both established and newer scholars explores the question of grief expression in a wide variety of writers and genres in the period from Shakespeare to Milton. Contributors examine lyric poems and plays as well as prose works such as sermons, diaries, and medical treatises to disclose the challenges faced by writers of both sexes in dealing with the trauma of loss. The roots of grief expression in personal experience or collective loss, or as described in scientific speculation or literary forms, demonstrate both the complexity and the centrality of this subject in the social and literary history of the period. Actors debate the topic of sorrow, poets wrestle with decorum and sincerity, women diarists confide their private feelings, clerics admonish the grieving with the consolations of faith, and writers discover the limitations of language and articulation in seeking to express sorrow. In the aftermath of deconstructive analyses of literature, there has been a discernible turn toward rediscovering the emotional textures of literature. The subject of grief is a good example of this trend, and this collection is one of the first efforts to address this theme in relation to a specific period of literary history. 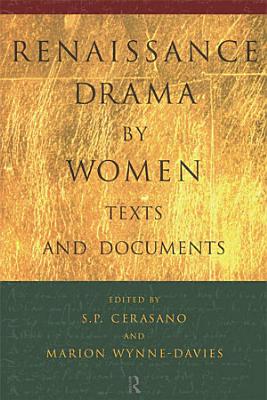 Renaissance Drama By Women is a unique volume of plays and documents. For the first time, it demonstrates the wide range of theatrical activity in which women were involved during the Renaissance period. It includes full-length plays, a translated fragment by Queen Elizabeth I, a masque, and a substantial number of historical documents. With full and up-to-date accompanying critical material, this collection of texts is an exciting and invaluable resource for use in both the classroom and research. Special features introduced by the editors include: * introductory material to each play * modernized spellings * extensive notes and annotations * biographical essays on each playwright * a complete bibliography Methodically and authoritatively edited by S.P. Cerasano and Marion Wynne-Davies, Renaissance Drama by Women is a true breakthrough for the study of women's literature and performance. 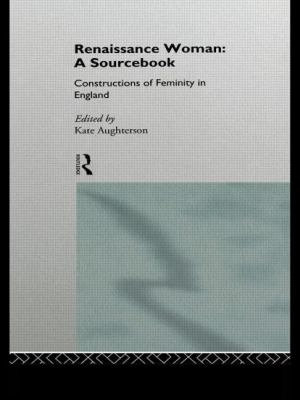 An invaluable collection of primary sources on women and femininity in early modern England, including medical documents, political pamphlets, sermons and literary sources. Sources are accompanied by a clear introduction and notes. 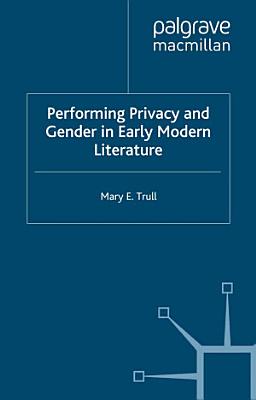 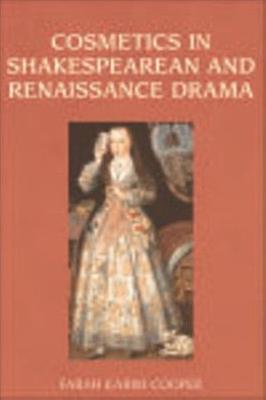 This original study examines how the plays of Shakespeare and other Renaissance dramatists reflect and engage with the early modern discourse of cosmetics. 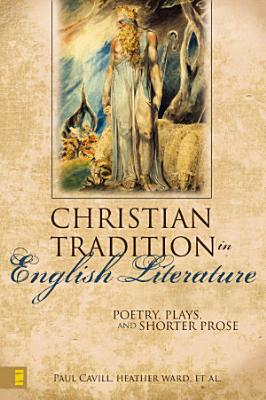 Features:• Wide chronological coverage of English literature, especially texts found in the Norton, Oxford, Blackwell and other standard anthologies• Short, punchy essays that engage with the texts, the critics, and literary and social issues• Background and survey articles• Glossaries of Bible themes, images and narratives• Annotated bibliography and questions for class discussion or personal reflection• Scholarly yet accessible, jargon-free approach – ideal for school and university students, book groups and general readersCreated for readers who may be unfamiliar with the Bible, church history or theological development, it offers an understanding of Christianity’s key concepts, themes, images and characters as they relate to English literature up to the present day. 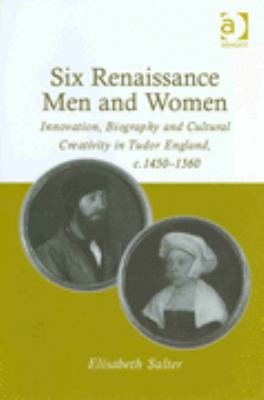 In this innovative study, Elisabeth Salter reconstructs the lives of six men and women of the early Renaissance and leads us on a quest to reconstruct their lost cultural worlds.The six men and women are all figures from the margins of the royal courts during the reigns of Henry VII and Henry VIII. This book will appeal to historians of the late-medieval period and the Renaissance, and will serve as an exemplary model to scholars of biographical reconstruction. 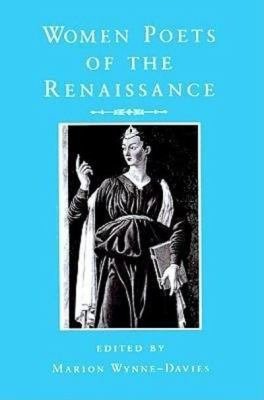 Presents an anthology of selected works from thirteen women poets of the period.

Vols. for 1969- include ACTFL annual bibliography of books and articles on pedagogy in foreign languages 1969-