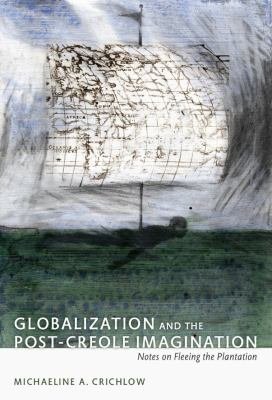 Globalization and the Post-Creole Imagination is a major intervention into discussions of Caribbean practices gathered under the rubric of “creolization.” Examining sociocultural, political, and economic transformations in the Caribbean, Michaeline A. Crichlow argues that creolization—culture-creating processes usually associated with plantation societies and with subordinate populations remaking the cultural forms of dominant groups—must be liberated from and expanded beyond plantations, and even beyond the black Atlantic, to include productions of “culture” wherever vulnerable populations live in situations of modern power inequalities, from regimes of colonialism to those of neoliberalism. Crichlow theorizes a concept of creolization that speaks to how individuals from historically marginalized groups refashion self, time, and place in multiple ways, from creating art to traveling in search of homes. Grounding her theory in the material realities of Caribbean peoples in the plantation era and the present, Crichlow contends that creolization and Creole subjectivity are constantly in flux, morphing in response to the changing conditions of modernity and creatively expressing a politics of place. Engaging with the thought of Michel Foucault, Michel Rolph-Trouillot, Achille Mbembe, Henri Lefebvre, Margaret Archer, Saskia Sassen, Pierre Bourdieu, and others, Crichlow argues for understanding creolization as a continual creative remaking of past and present moments to shape the future. She draws on sociology, philosophy, postcolonial studies, and cultural studies to illustrate how national histories are lived personally and how transnational experiences reshape individual lives and collective spaces. Critically extending Bourdieu’s idea of habitus, she describes how contemporary Caribbean subjects remake themselves in and beyond the Caribbean region, challenging, appropriating, and subverting older, localized forms of creolization. In this book, Crichlow offers a nuanced understanding of how Creole citizens of the Caribbean have negotiated modern economies of power. 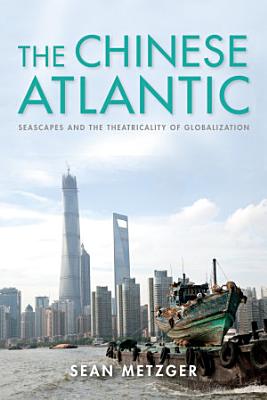 In The Chinese Atlantic, Sean Metzger charts processes of global circulation across and beyond the Atlantic, exploring how seascapes generate new understandings of Chinese migration, financial networks and artistic production. Moving across film, painting, performance, and installation art, Metzger traces flows of money, culture, and aesthetics to reveal the ways in which routes of commerce stretching back to the Dutch Golden Age have molded and continue to influence the social reproduction of Chineseness. With a particular focus on the Caribbean, Metzger investigates the expressive culture of Chinese migrants and the communities that received these waves of people. He interrogates central issues in the study of similar case studies from South Africa and England to demonstrate how Chinese Atlantic seascapes frame globalization as we experience it today. Frequently focusing on art that interacts directly with the sites in which it is located, Metzger explores how Chinese migrant laborers and entrepreneurs did the same to shape—both physically and culturally—the new spaces in which they found themselves. In this manner, Metzger encourages us to see how artistic imagination and practice interact with migration to produce a new way of framing the global. 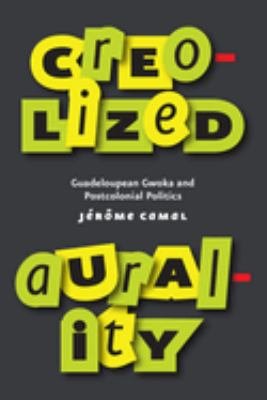 In the Caribbean island of Guadeloupe, the complex interplay between anticolonial resistance and accommodation resounds in its music. Guadeloupean gwoka music--a secular, drum-based tradition--captures the entangled histories of French colonization, movements against it, and the uneasy process of the island's decolonization as an overseas territory of France. In Creolized Aurality, Jérôme Camal demonstrates that musical sounds and practices express the multiple--and often seemingly contradictory--cultural belongings and political longings that characterize postcoloniality. While gwoka has been associated with anti-colonial activism since the 1960s, in more recent years it has provided a platform for a cohort of younger musicians to express pan-Caribbean and diasporic solidarities. This generation of musicians even worked through the French state to gain UNESCO heritage status for their art. These gwoka practices, Camal argues, are "creolized auralities"--expressions of a culture both of and against French coloniality and postcoloniality. 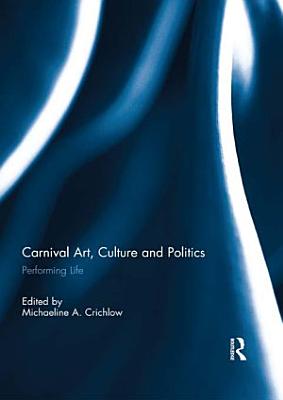 Drawing on rich insights from cultural, post-structural and postcolonial studies, this book demands that we rethink Carnival and the carnivalesque as not just celebratory moments or even as critical subtext, but also as insightful performatives of social life anywhere, given the entangled times and spaces of these performances. The authors review Carnival’s performative aspects not merely as a calendrical festival, but rather center attention on the relationship between carnival and everyday life, and on how people negotiate their social spaces and possibilities in the context of modern power. The book therefore seeks to highlight the knotted time-spaces of power and to demonstrate the dynamic interplay between state spaces and people’s spaces that are being weaved by carnival's interlocutors. It demonstrates how Carnival and the Carnivalesque become analytic optics through which the relations of power in the social and political life of subjects who seek to tacitically or strategically vary their given identities, can be productively engaged. This book was originally published as a special issue of Social Identities: Journal for the Study of Race, Nation and Culture. 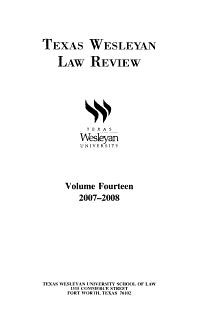 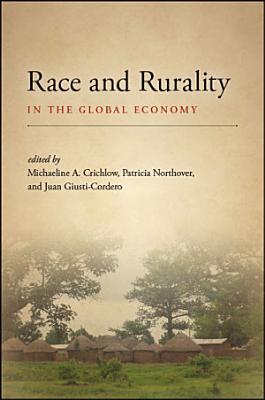 Essays that examine globalization’s effects with an emphasis on the interplay of race and rurality as it occurs across diverse geographies and peoples. Issues of migration, environment, rurality, and the visceral “politics of place” and “space” have occupied center stage in recent electoral political struggles in the United States and Europe, suffused by an antiglobalization discourse that has come to resonate with Euro-American peoples. Race and Rurality in the Global Economysuggests that this present fractious global politics begs for closer attention to be paid to the deep-rooted conditions and outcomes of globalization and development. From multiple viewpoints the contributors to this volume propose ways of understanding the ongoing processes of globalization that configure peoples and places via a politics of rurality in a capitalist world economy, and through an optics of raciality that intersects with class, gender, identity, land, and environment. In tackling the dynamics of space and place, their essays address matters such as the heightened risks and multiple states of insecurity in the global economy; the new logics of expulsion and primitive accumulation dynamics shaping a new “savage sorting”; patterns of resistance and transformation in the face of globalization’s political and environmental changes; the steady decline in the livelihoods of people of color globally and their deepened vulnerabilities; and the complex reconstitution of systemic and lived racialization within these processes. This book is an invitation to ask whether our dystopia in present politics can be disentangled from the deepening sense of “white fragility” in the context of the historical power of globalization’s raced effects. 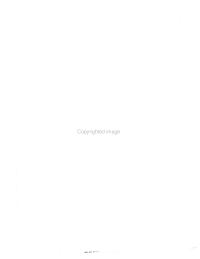 "“Hybridity” is a term that has been applied to Latin American politics, literature, and intellectual life for more than a century. During the past two decades, it has figured in—and been transfigured by—the work of prominent postcolonialist writers and thinkers throughout the Americas. In this pathbreaking work, Joshua Lund offers a thoughtful critique of hybridity by reading contemporary theories of cultural mixing against their historical precursors. The Impure Imagination is the first book to systematically analyze today's dominant theories in relation to earlier, narrative manifestations of hybridity in Latin American writing, with a particular focus on Mexico and Brazil. Distinguished by its philosophical grounding and underpinned with case studies, The Impure Imagination employs postcolonial theory and theories of race as it explores Latin American history and culture. The result is an original and interrogative study of hybridity that exposes surprising—and unsettling—similarities with nationalistic discourses."--Publisher's description. 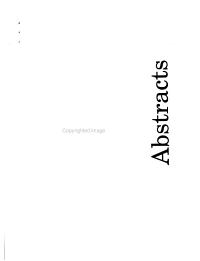 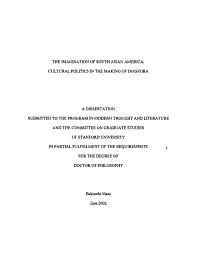 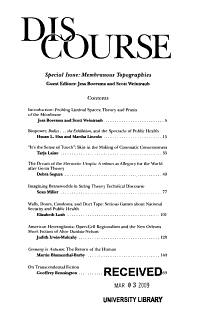 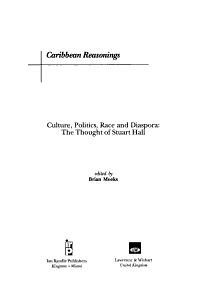 Stuart Hall, in whose honour this volume is compiled, has made significant contributions to contemporary social and political discourse. Constantly praised for his scholarly prescience, he was at the helm of the forging and definition of the discipline of Cultural Studies and nurtured an entire cadre of young intellectuals who continuee to make remarkable contributions in the fields of Cultural Studies and Social Criticism. The essays that constitue this collection, all, in different ways, contend with Hall's methodology, his philosophy, as well as many other dimensions of his rich and textured intellectual career. More importantly however, they serve to reconnect his work to the social context of his island of birth, Jamaica, and the wider Caribbean.