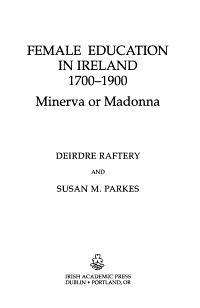 The history of formal education for Irish women was characterised by a dichotomy: should a girl be educated for the private sphere and a dutiful subservience, or should she be educated for independent thought and paid employment? Her role models were either women who - like Minerva the goddess of wisdom - valued intellectual pursuits, or women who - like the Madonna - were pious and dutiful and accepted that their primary role was motherhood. This book is the only complete study of the formal education of Irish women and girls. Based on extensive research in original sources, it presents a fascinating social history of the educational experience of the female sex in Ireland between 1700 and 1920. The book, which examines its theme in three major sections, covers every aspect of formal - and indeed informal - schooling and tuition. Consequently, the reader is introduced to such areas as private education, orphanages, industrial schools, national schools, convents, intermediate schools and colleges of higher education. Section One examines the history of education prior to the intervention of the state. Sources include records of private education, charity schools and foundations of the early Catholic teaching orders. Section Two examines state intervention. The introduction of the national school system brought mass literacy to girls of the lower classes but with a gendered curriculum. At convent and boarding schools, middle-class girls received and education suited to their roles in life. However, in the mid-nineteenth century we find the genesis of the concept of academic education for girls. Finally, Section Three deals with the intellectual liberation of women, with particular reference to state support for Intermediate education from 1878, and the campaign for access to higher education for women. Formal education brought with it an opening of the professions, and facilitated access to a range of paid employment for women. 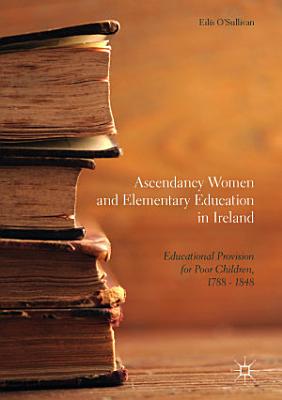 This book outlines the lives of six female members of the Irish Ascendancy, and describes their involvement with educational provision for poor children in Ireland at the end of the long eighteenth century. It argues that these women were moved by empathy and by a sense of duty, and that they were motivated by political considerations, pragmatism and, especially, religious belief. The book highlights the women’s agency and locates their contribution in international and literary contexts; and by exploring sources and evidence not previously considered, it generates an enhanced understanding of Ascendancy women’s involvement with the provision of elementary education for poor Irish children. This book will appeal to scholars and researchers in the fields of Education and History of Education. It will also have broad appeal for those interested in Gender and Women’s Studies, in Georgian Ireland and in the history of Ascendancy families and estates. 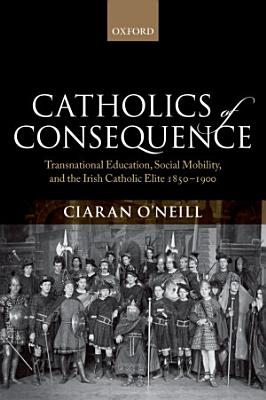 Based on comprehensive and new archival research at over a dozen schools across Ireland, Britain, and France, 'Catholics of Consequence' traces the lives and education of over two thousand Irish children in the nineteenth century, examining how this affected Irish life, and the history of education. 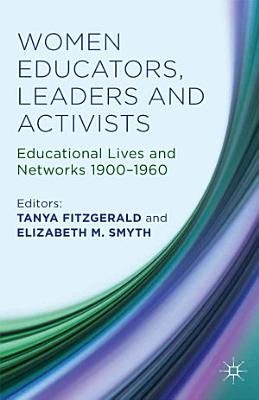 This collection traces women educators' professional lives and the extent to which they challenged the gendered terrain they occupied. The emphasis is placed on women's historical public voices and their own interpretation of their 'selves' and 'lives' in their struggle to exercise authority in education. 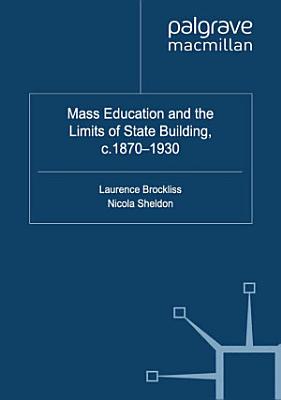 The first comparative study of the spread of mass education around the world in the late nineteenth and early twentieth centuries, this unique new book uses a bottom-up focus and demonstrates, to an extent not appreciated hitherto, the gulf between the intentions of the government and the reality on the ground. 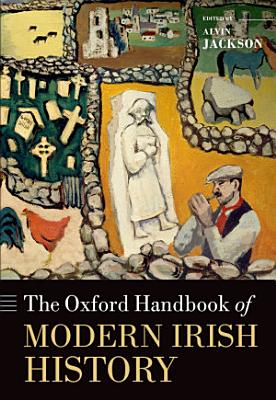 The study of Irish history, once riven and constricted, has recently enjoyed a resurgence, with new practitioners, new approaches, and new methods of investigation. The Oxford Handbook of Modern Irish History represents the diversity of this emerging talent and achievement by bringing together 36 leading scholars of modern Ireland and embracing 400 years of Irish history, uniting early and late modernists as well as contemporary historians. The Handbook offers a set of scholarly perspectives drawn from numerous disciplines, including history, political science, literature, geography, and the Irish language. It looks at the Irish at home as well as in their migrant and diasporic communities. The Handbook combines sets of wide thematic and interpretative essays, with more detailed investigations of particular periods. Each of the contributors offers a summation of the state of scholarship within their subject area, linking their own research insights with assessments of future directions within the discipline. In its breadth and depth and diversity, The Oxford Handbook of Modern Irish History offers an authoritative and vibrant portrayal of the history of modern Ireland. 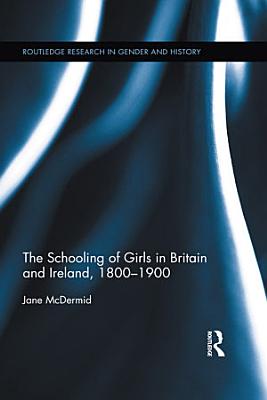 This book compares the formal education of the majority of girls in Britain and Ireland in the nineteenth century. Previous books about ‘Britain’ invariably focus on England, and such ‘British’ studies tend not to include Ireland despite its incorporation into the Union in 1801. The Schooling of Girls in Britain and Ireland, 1800-1900 presents a comparative synthesis of the schooling of working and middle-class girls in the Victorian period, with the emphasis on the interaction of gender, social class, religion and nationality across the UK. It reveals similarities as well as differences between both the social classes and the constituent parts of the Union, including strikingly similar concerns about whether working-class girls could fulfill their domestic responsibilities. What they had in common with middle-class girls was that they were to be educated for the good of others. This study shows how middle-class women used educational reform to carve a public role for themselves on the basis of a domesticated life for their lower class ‘sisters’, confirming that Victorian feminism was both empowering and constraining by reinforcing conventional gender stereotypes. 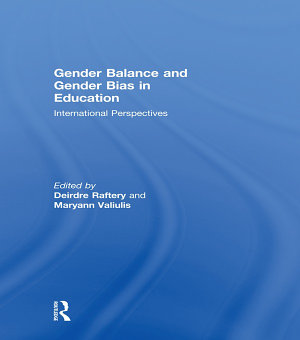 This book presents a compelling range of international research on the issues of gender balance and gender bias in education. The chapters draw on cutting edge work from the US, Latin America, the UK, Ireland and Africa, presenting readers with new insights into how educators and students often negotiate deeply ingrained prejudices that are expressed in gendered terms. The book reflects research that draws on a range of methodologies, and both historical and contemporary education contexts are examined. Drawing on historical research, the book widens our understanding of gender issues in education, and provides chapters on physical activity for girls in nineteenth century America, and on the ‘patriarchal imperative’ in mission education in Africa in the nineteenth century. Turning to research on contemporary education settings, the book explores the global phenomenon of the feminisation of teaching. It also illustrates how teachers work in classrooms in which boys’ expressions of masculinities explicitly challenge school order, and looks at the performance of both masculinities and femininities in several education contexts. The book also includes absorbing work on the practices and processes that contribute to the gendering of digital technologies, and it demonstrates ways in which parents unwittingly accept the gendered management of internet ‘risk’ for their daughters. This book was published as a special issue of Gender and Education.

This book is an introductory guide for students and researchers in the history of Irish education from 1780 -1922. The nineteenth century saw the foundation of the national school system of primary education, the setting up of the Intermediate Board examination system for secondary schools and the foundation of the Queen's Colleges to provide university education. The guide outlines the key issues of education policy and evaluates the wealth of official reports available to the historian of Irish education, both in the British Parliamentary Papers and in archival repositories, such as the National Archives of Ireland and the National Library of Ireland. It offers guidance on the use of these sources, particularly for local education studies. 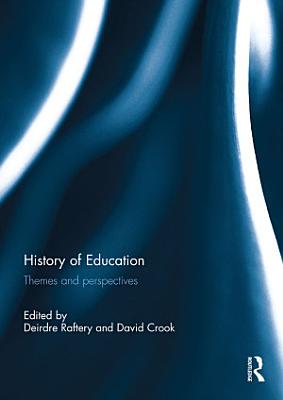 Specially commissioned to mark the 40th Anniversary of History of Education, and containing articles from leading international scholars, this is a unique and important volume. Over the past forty years, scholars working in the history of education have engaged with histories of religion, gender, science and culture, and have developed comparative research on areas such as education, race and class. This volume demonstrates the richness of such work, bringing together some of the leading international scholars writing in the field of history of education today, and providing readers with original and theoretically informed research. Each author draws on the wealth of material that has appeared in the leading SSCI-indexed journal History of Education, over the past forty years, providing readers with not only incisive studies of major themes, but delivering invaluable research bibliographies. A ‘must have’ for university libraries and a ‘must own’ for historians. This book was originally published as a special issue of History of Education. 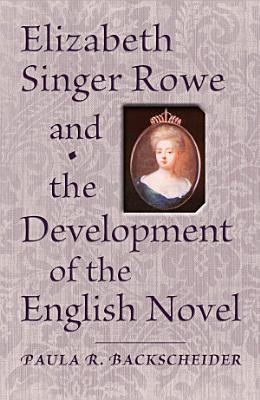 Elizabeth Singer Rowe and the Development of the English Novel is the first in-depth study of Rowe’s prose fiction. A four-volume collection of her work was a bestseller for a hundred years after its publication, but today Rowe is a largely unrecognized figure in the history of the novel. Although her poetry was appreciated by poets such as Alexander Pope for its metrical craftsmanship, beauty, and imagery, by the time of her death in 1737 she was better known for her fiction. According to Paula R. Backscheider, Rowe's major focus in her novels was on creating characters who were seeking a harmonious, contented life, often in the face of considerable social pressure. This quest would become the plotline in a large number of works in the second half of the eighteenth century, and it continues to be a major theme today in novels by women. Backscheider relates Rowe’s work to popular fiction written by earlier writers as well as by her contemporaries. Rowe had a lasting influence on major movements, including the politeness (or gentility) movement, the reading revolution, and the Bluestocking society. The author reveals new information about each of these movements, and Elizabeth Singer Rowe emerges as an important innovator. Her influence resulted in new types of novel writing, philosophies, and lifestyles for women. Backscheider looks to archival materials, literary analysis, biographical evidence, and a configuration of cultural and feminist theories to prove her groundbreaking argument. 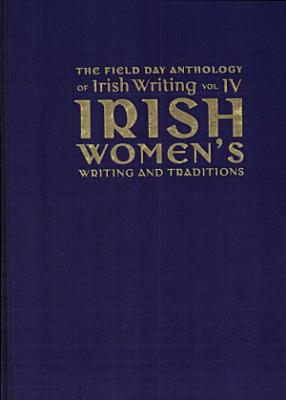 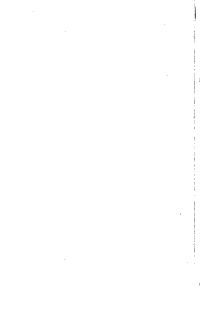 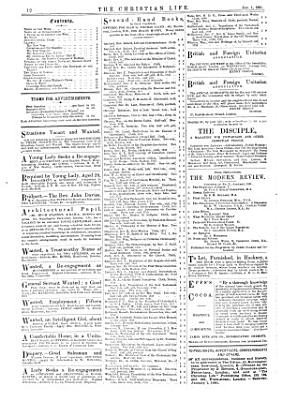