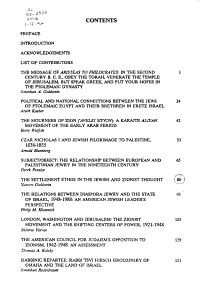 The Jewish Diaspora, also called the Gulla (Gullut), has been a central reality to the Jewish people from ancient times to the present. As a result, relations between the Jewish Diaspora and Eretz Israel, or the state of Israel, has remained a major concern. The papers in Eretz Israel, Israel and the Diaspora address that issue. They have been gathered from the first (1988) annual symposium of Creighton University's Philip M. and Ethel Klutznick Chair in Jewish Civilization. 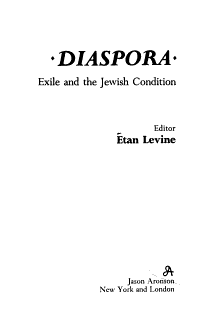 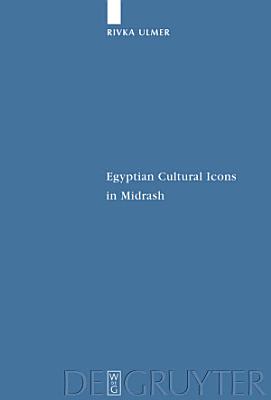 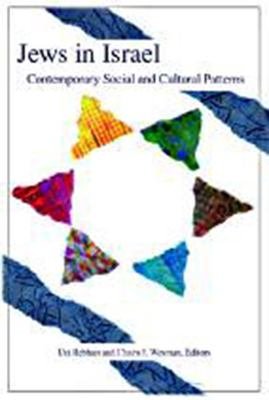 Offers a complete sociological perspective of Jews and Jewish life in Israel from 1948 to the present. 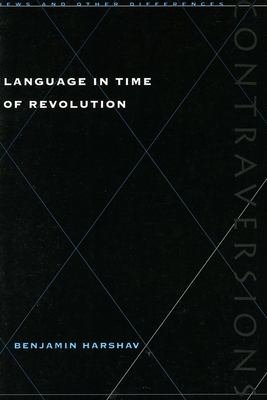 This book on culture and consciousness in history concerns the worldwide transformations of Jewish culture and society and the revival of the ancient Hebrew language following the waves of pogroms in Russia in 1881, when large numbers of Jews in Eastern and Central Europe redefined their identity as Jews in a new and baffling world. Reviews "With his customary versatility and lucidity Harshav has given us . . . a host of new and provocative insights into modern Jewish history. . . . This book is an outstanding attempt to juxtapose the revolution in Jewish life with that of the Hebrew language in such a way that each informs our understanding of the other." Yosef Hayim Yerushalmi, Columbia University "It is no small component of Harshav's success in this altogether fascinating book to have made clear the family resemblance between what is still regularly called 'the almost miraculous revival of the Hebrew language' and the coterie movements of European high modernism in both politics and the arts." Modernism/Modernity "A wise, original, and stimulating book on the shaping of modern Jewish culture. . . . Humane, deeply erudite, and very satisfying." Steven Zipperstein, Stanford University "Israeli Hebrew, Angel Sáenz-Badillos has written, 'is not the result of natural evolution but of a process without parallel in the development of any other language.' The precise nature of the process is studied in illuminating detail in Language in Time of Revolution." London Review of Books "The crisscrossing among the discourses of literature, ideology, history, and linguistics makes for a heady intellectual experience. . . . Harshav writes with great authority and verve. . . . His discussions are a model of clarity." Alan Mintz, Brandeis University 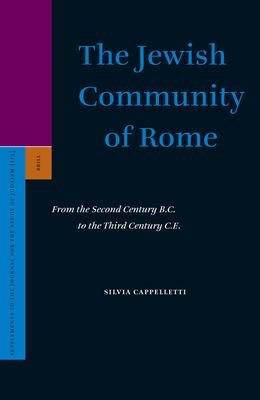 This publication on the Jewish community of Rome in ancient times provides interesting information about the development of the Jewish presence in the Capital of the Roman Empire and the cultural links this community created with the Diaspora and Eretz-Israel. 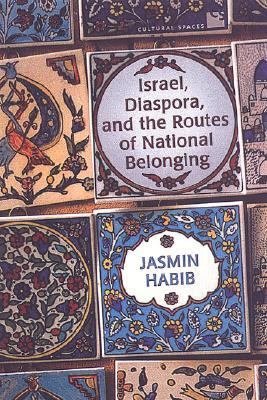 Based on interviews with North American Jewish tourists to Israel, Habib examines the narratives of tourism and identity and the relationship between the Jewish Diaspora and Israel as a nation. 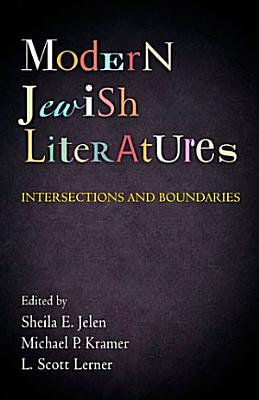 Is there such a thing as a distinctive Jewish literature? While definitions have been offered, none has been universally accepted. Modern Jewish literature lacks the basic markers of national literatures: it has neither a common geography nor a shared language—though works in Hebrew or Yiddish are almost certainly included—and the field is so diverse that it cannot be contained within the bounds of one literary category. Each of the fifteen essays collected in Modern Jewish Literatures takes on the above question by describing a movement across boundaries—between languages, cultures, genres, or spaces. Works in Hebrew and Yiddish are amply represented, but works in English, French, German, Italian, Ladino, and Russian are also considered. Topics range from the poetry of the Israeli nationalist Natan Alterman to the Russian poet Osip Mandelstam; from turn-of-the-century Ottoman Jewish journalism to wire-recorded Holocaust testimonies; from the intellectual salons of late eighteenth-century Berlin to the shelves of a Jewish bookstore in twentieth-century Los Angeles. The literary world described in Modern Jewish Literatures is demarcated chronologically by the Enlightenment, the Haskalah, and the French Revolution, on one end, and the fiftieth anniversary of the State of Israel on the other. The particular terms of the encounter between a Jewish past and present for modern Jews has varied greatly, by continent, country, or village, by language, and by social standing, among other things. What unites the subjects of these studies is not a common ethnic, religious, or cultural history but rather a shared endeavor to use literary production and writing in general as the laboratory in which to explore and represent Jewish experience in the modern world. 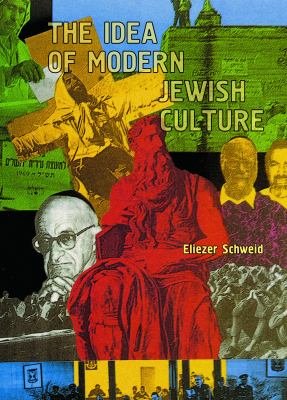 The vast majority of intellectual, religious, and national developments in modern Judaism revolve around the central idea of "Jewish culture." This book is the first synoptic view of these developments that organizes and relates them from this vantage point. The first Jewish modernization movements perceived culture as the defining trait of the outside alien social environment to which Jewry had to adapt. To be "cultured" was to be modern-European, as opposed to medieval-ghetto-Jewish. In short order, however, the Jewish religious legacy was redefined retrospectively as a historical "culture," with fateful consequences for the conception of Judaism as a humanly- and not only divinely-mandated regime. The conception of Judaism-as-culture took two main forms: an integrative, vernacular Jewish culture that developed in tandem with the integration of Jews into the various nations of western-central Europe and America, and a national Hebrew culture which, though open to the inputs of modern European society, sought to develop a revitalized Jewish national identity that ultimately found expression in the revival of the Jewish homeland and the State of Israel. 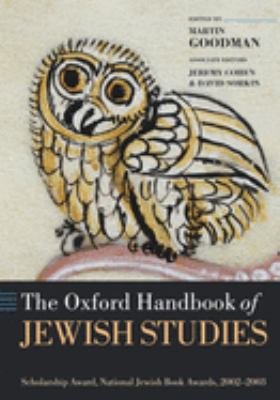 This volume on Jewish studies presents surveys of today's interests and directions in the humanities and social sciences. It covers the main areas taught and researched as part of Jewish studies in universities throughout the world, especially in Europe, the US, and Israel. 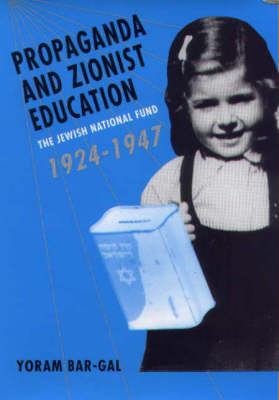 A history of the Jewish National Fund and the ways it encouraged Jews around the world to buy land in Palestine in the years 1924-1947. 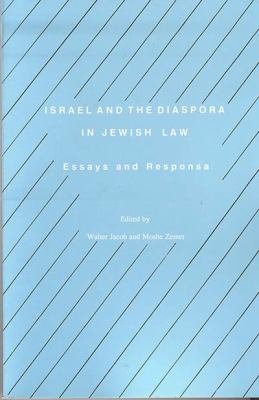 THE FREEHOF INSTITUTE OF PROGRESSIVE HALAKHAH The Freehof Institute of Progressive Halakhah is a creative research center devoted to studying and defining the progressive character of the halakhah in accordance with the principles and theology of Reform Judaism. It seeks to establish the ideological basis of Progressive halakhah, and its application to daily life. The Institute fosters serious studies, and helps scholars in various portions of the world to work together for a common cause. It provides an ongoing forum through symposia, and publications including the quarterly newsletter, HalakhaH, published under the editorship of Walter Jacob, in the United States. The foremost halakhic scholars in the Reform, Liberal, and Progressive rabbinate along with some Conservative and Orthodox colleagues as well as university professors serve on our Academic Council. 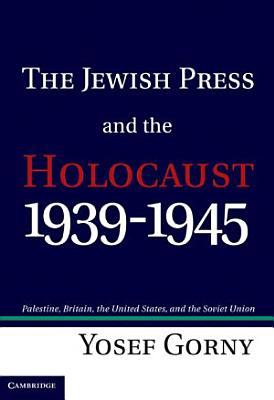 This book represents comprehensive research into the world's Jewish press during the Second World War and explores its stance in the face of annihilation of the Jewish people by the Nazi regime in Europe. The research is based on the major Jewish newspapers that were published in four countries - Palestine, Britain, the United States and the Soviet Union - and in three languages - Hebrew, Yiddish and English. The Jewish press frequently described the situation of the Jewish people in occupied countries. It urged the Jewish leaders and institutions to act in rescue of their brethren. It protested vigorously against the refusal of the democratic leadership to recognize that the Jewish plight was unique because of the Nazi intention to annihilate Jews as a people. Yosef Gorny argues that the Jewish press was the persistent open national voice fighting on behalf of the Jewish people suffering and perishing under Nazi occupation. 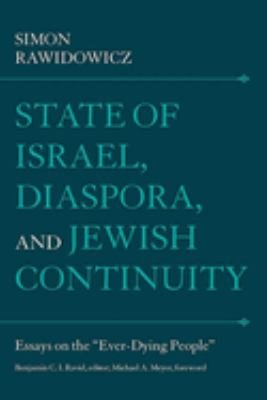 Philosophically rich and wide-ranging essays on Jewish history and culture.