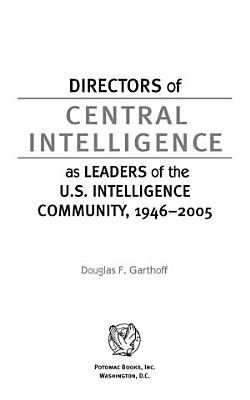 President Harry Truman created the job of director of central intelligence (DCI) in 1946 so that he and other senior administration officials could turn to one person for foreign intelligence briefings. The DCI was the head of the Central Intelligence Group until 1947, when he became the director of the newly created Central Intelligence Agency. This book profiles each DCI and explains how they performed in their community role, that of enhancing cooperation among the many parts of the nation's intelligence community and reporting foreign intelligence to the president. The book also discusses the evolving expectations that U.S. presidents through George W. Bush placed on their foreign intelligence chiefs. Although head of the CIA, the DCI was never a true national intelligence chief with control over the government's many arms that collect and analyze foreign intelligence. This limitation conformed to President Truman's wishes because he was wary of creating a powerful and all-knowing intelligence chief in a democratic society. After the terrorist attacks of September 11, 2001, Congress and President Bush decided to alter the position of DCI by creating a new director of national intelligence position with more oversight and coordination of the government's myriad programs. Thus this book ends with Porter Goss in 2005, the last DCI. Douglas Garthoff's book is a unique and important study of the nation's top intelligence official over a roughly fifty-year period. His work provides the detailed historical framework that is essential for all future studies of how the U.S. intelligence community has been and will be managed. 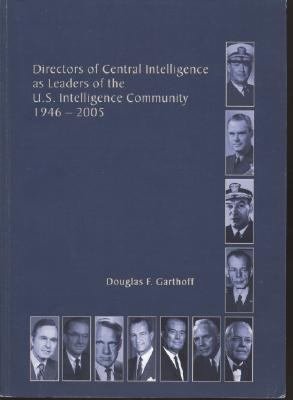 This authoritative publication throughly explains how each director of Central Intelligence sought to fulfill his "community" role, that of enhancing the cooperation among the many parts of the nation's intelligence community under his leadership. Explores that the nation's leaders expected of directors and how those holding the responsibility attempted to carry it out. 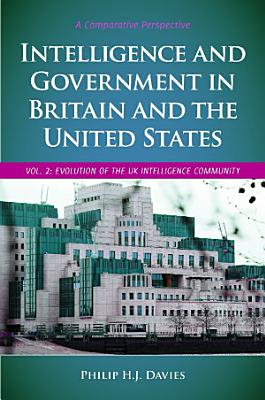 Bringing a dose of reality to the stuff of literary thrillers, this masterful study is the first closely detailed, comparative analysis of the evolution of the modern British and American intelligence communities. • U.S. and U.K. case studies that draw on archival and published sources and on interviews with practitioners • Parallel timelines for principal national intelligence coordinating bodies in the United States and United Kingdom • Organization charts for the United States Intelligence Board and the U.K. Joint Intelligence Organisation, both from the early 1960s • An extensive glossary of terms and abbreviations used in the British and American intelligence communities • An extensive bibliography 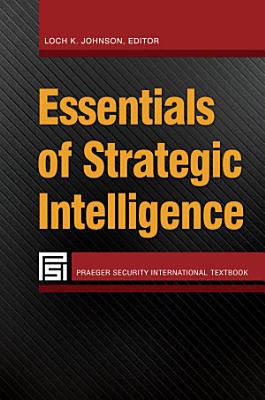 A highly valuable resource for students of intelligence studies, strategy and security, and foreign policy, this volume provides readers with an accessible and comprehensive exploration of U.S. espionage activities that addresses both the practical and ethical implications that attend the art and science of spying. • Provides a comprehensive, up-to-date examination of all aspects of intelligence by experts in the field, from collection-and-analysis and counterintelligence to covert action and accountability • Probes into how the United States' intelligence agencies attempt to protect the nation from cyberattacks by foreign nations and terrorist groups—and documents the successes and failures • Documents the involvement of the National Security Agency (NSA) in bulk "metadata" collection of information on the telephone records and social media communications of American citizens • Examines the effects that have resulted from major leaks in the U.S. government, from Wikileaks to the NSA Snowden leaks 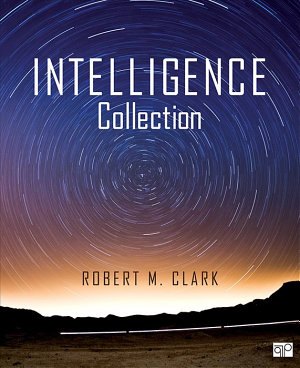 Intelligence Collection by Robert M. Clark—one of the foremost authorities in the field—offers systematic and analytic coverage of the “how and why” of intelligence collection across its three major stages: the front end (planning), collection, and the back end (processing, exploitation, and dissemination). The book provides a fresh, logical, and easily understandable view of complex collection systems used worldwide. Its ground-breaking organizational approach facilitates understanding and cross-INT collaboration, highlighting the similarities and differences among the collection INTs. Part one explains how the literal INTs such as communications intelligence and cyber collection work. Part two focuses on nonliteral INTs including imagery, electronic intelligence, and MASINT. All chapters use a common format based on systems analysis methodology, detailing function, process, and structure of the collection disciplines. Examples throughout the book highlight topics as diverse as battlespace situational awareness, terrorism, weapons proliferation, criminal networks, treaty monitoring, and identity intelligence. 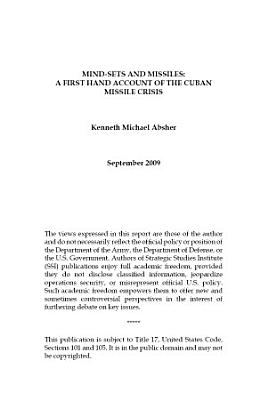 This chronology provides details and analysis of the intelligence failures and successes of the Cuban Missile Crisis, and suggests the applicability of lessons learned to the collection, analysis, and use of intelligence in strategic decisionmaking. The author describes how the crisis unfolded using the author's personal recollection, declassified documents, and many memoirs written by senior CIA officers and others who were participants. Lessons learned include the need to avoid having our political, analytical and intelligence collection mind-sets prevent us from acquiring and accurately analyzing intelligence about our adversaries true plans and intentions. When our national security is at stake, we should not hesitate to undertake risky intelligence collection operations including espionage, to penetrate our adversary's deceptions. We must also understand that our adversaries may not believe the gravity of our policy warnings or allow their own agendas to be influenced by diplomatic pressure. 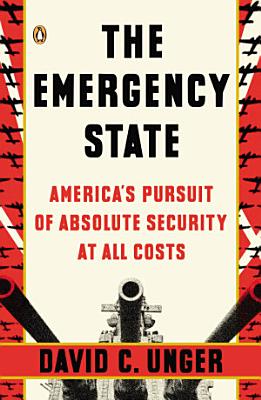 Editor’s Choice, NEW YORK TIMES BOOK REVIEW “Ambitious and valuable” --WASHINGTON POST America is trapped in a state of war that has consumed our national life since before Pearl Harbor. Over seven decades and several bloody wars, Democratic and Republican politicians alike have assembled an increasing complicated—and increasingly ineffective—network of security services. Trillions of tax dollars have been diverted from essential domestic needs while the Pentagon created a worldwide web of military bases, inventing new American security interests where none previously existed. Yet this pursuit has not only damaged our democratic institutions and undermined our economic strength—it has fundamentally failed to make us safer. In The Emergency State, senior New York Times journalist David C. Unger reveals the hidden costs of America’s obsessive pursuit of absolute national security, showing how this narrow-minded emphasis on security came to distort our political life. Unger reminds us that in the first 150 years of the American republic the U.S. valued limited military intervention abroad, along with the checks and balances put in place by the founding fathers. Yet American history took a sharp turn during and just after World War II, when we began building a vast and cumbersome complex of national security institutions and beliefs. Originally designed to wage hot war against Germany and cold war against the Soviet Union, our security bureaucracy has become remarkably ineffective at confronting the elusive, non-state sponsored threats we now face. The Emergency State traces a series of missed opportunities—from the end of World War II to the election of Barack Obama—when we could have paused to rethink our defense strategy and didn’t. We have ultimately failed to dismantle our outdated national security state because both parties are equally responsible for its expansion. While countless books have exposed the damage wrought by George W. Bush's "war on terror," Unger shows it was only the natural culmination of decades of bipartisan emergency state logic—and argues that Obama, along with many previous Democratic presidents, has failed to shift course in any meaningful way. The Emergency State: America’s Pursuit of Absolute Security At All Costs reveals the depth of folly into which we’ve fallen, as Americans eagerly trade away the country’s greatest strengths for a fleeting illusion of safety. Provocative, insightful, and refreshingly nonpartisan, The Emergency State is the definitive untold story of how America became this vulnerable—and how it can build true security again. 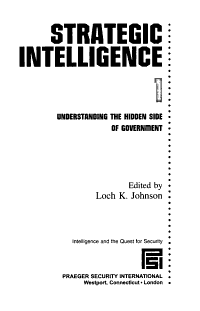 While several fine texts on intelligence have been published over the past decade, there is no complementary set of volumes that addresses the subject in a comprehensive manner for the general reader. This major set explains how the sixteen major U.S. intelligence agencies operate, how they collect information from around the world, the problems they face in providing further insight into this "raw" information through the techniques of analysis, and the difficulties that accompany the dissemination of intelligence to policymakers in a timely manner. 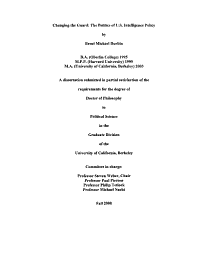 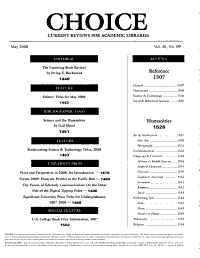 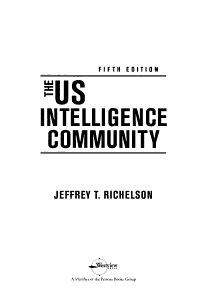 From the author of The Wizards of Langley, this definitive survey of the US intelligence community is now fully updated with new material 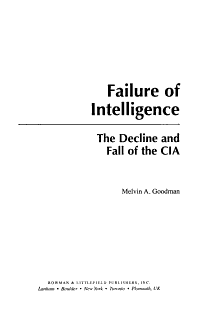 An insightful analysis that suggests a reform agenda for the CIA helps readers understand and debate the link between intelligence and policy, the important role of intellegence, and the need for an intelligence agency that is not beholden to political interests. 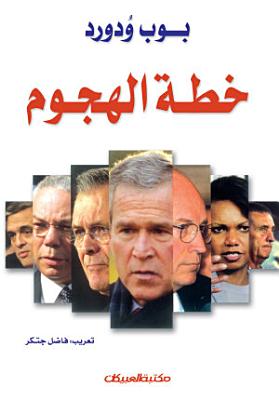 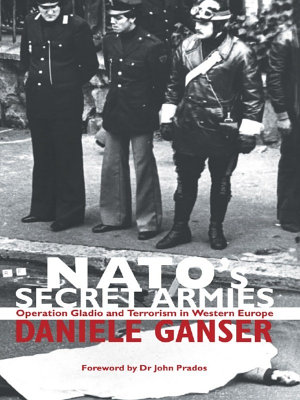 This fascinating new study shows how the CIA and the British secret service, in collaboration with the military alliance NATO and European military secret services, set up a network of clandestine anti-communist armies in Western Europe after World War II. These secret soldiers were trained on remote islands in the Mediterranean and in unorthodox warfare centres in England and in the United States by the Green Berets and SAS Special Forces. The network was armed with explosives, machine guns and high-tech communication equipment hidden in underground bunkers and secret arms caches in forests and mountain meadows. In some countries the secret army linked up with right-wing terrorist who in a secret war engaged in political manipulation, harrassement of left wing parties, massacres, coup d'états and torture. Codenamed 'Gladio' ('the sword'), the Italian secret army was exposed in 1990 by Italian Prime Minister Giulio Andreotti to the Italian Senate, whereupon the press spoke of "The best kept, and most damaging, political-military secret since World War II" (Observer, 18. November 1990) and observed that "The story seems straight from the pages of a political thriller." (The Times, November 19, 1990). Ever since, so-called 'stay-behind' armies of NATO have also been discovered in France, Spain, Portugal, Germany, Belgium, the Netherlands, Luxemburg, Denmark, Norway, Sweden, Finland, Switzerland, Austria, Greece and Turkey. They were internationally coordinated by the Pentagon and NATO and had their last known meeting in the NATO-linked Allied Clandestine Committee (ACC) in Brussels in October 1990.