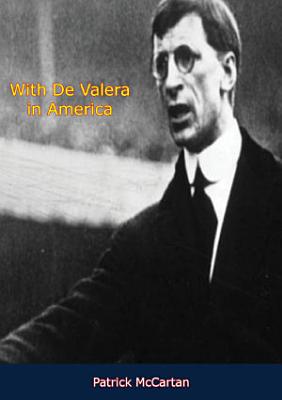 THE object of this book is to show the people of Ireland that in their struggle for independence they had the wholehearted sympathy and support of the vast majority of the great American people. This book was written by an Irish Republican for Irish Republicans. The facts set forth are put down solely to inform Irish Republicans of the blunders we made in the past so that their disastrous repetition may be avoided. A new situation has been created, but in any advance, methods similar to those adopted outside Ireland in the past may have to be adopted again. The new conditions in Ireland, however, require plans, methods, and leadership in accordance with Ireland’s actual status today.—Patrick McCartan 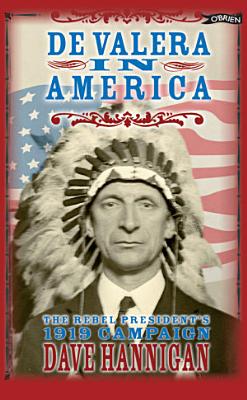 Retraces the steps of an incredible journey of a leader in exile that would resonate through Irish history for the rest of the century ... In June 1919 Eamon de Valera stowed away on a liner bound for New York and walked into the Waldorf-Astoria using the title ‘President of Ireland’. He spent eighteen months billeted in the most expensive hotel in the world. From this luxurious base, de Valera criss-crossed America by plane, boat and train throughout 1919 and 1920, publicising his nation’s plight and raising more than $5 million for the cause of Irish independence. While the War of Independence raged back home, de Valera was supporting the cause with packed engagements from Madison Square Garden to San Francisco including a total audience of over a million people. Along the way he underwent a harsh and unforgiving political education that better equipped him to dominate Irish politics for decades. Offering a unique take on a familiar figure, and containing fascinating new information and photographs, this book details an intriguing and largely unknown episode in the career of Ireland’s most famous politician. 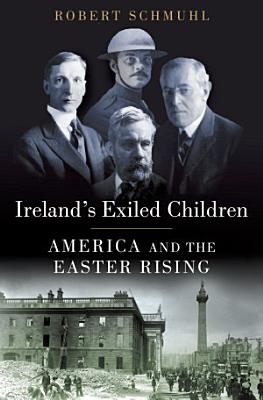 In their long struggle for independence from British rule, Irish republicans had long looked west for help, and with reason. The Irish-American population in the United States was larger than the population of Ireland itself, and the bond between the two cultures was visceral. Irish exiles living in America provided financial support-and often much more than that-but also the inspiration of example, proof that a life independent of England was achievable. Yet the moment of crisis-"terrible beauty," as William Butler Yeats put it-came in the armed insurrection during Easter week 1916. Ireland's "exiled children in America" were acknowledged in the Proclamation announcing "the Provisional Government of the Irish Republic," a document which circulated in Dublin on the first day of the Rising. The United States was the only country singled out for offering Ireland help. Yet the moment of the uprising was one of war in Europe, and it was becoming clear that America would join in the alliance with France and Britain against Germany. For many Irish-Americans, the choice of loyalty to American policy or the Home Rule cause was deeply divisive. Based on original archival research, Ireland's Exiled Children brings into bold relief four key figures in the Irish-American connection at this fatal juncture: the unrepentant Fenian radical John Devoy, the driving force among the Irish exiles in America; the American poet and journalist Joyce Kilmer, whose writings on the Rising shaped public opinion and guided public sympathy; President Woodrow Wilson, descended from Ulster Protestants, whose antipathy to Irish independence matched that to British imperialism; and the only leader of the Rising not executed by the British-possibly because of his having been born in America--Éamon de Valera. Each in his way contributed to America's support of and response to the Rising, informing the larger narrative and broadly reflecting reactions to the event and its bitter aftermath. Engaging and absorbing, Schmuhl's book captures through these figures the complexities of American politics, Irish-Americanism, and Anglo-American relations in the war and post-war period, illuminating a key part of the story of the Rising and its hold on the imagination. 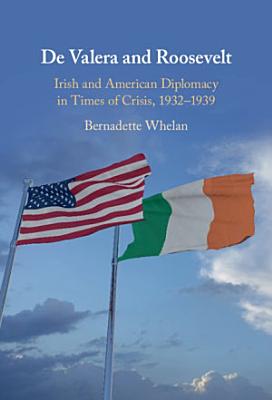 Offers the first comprehensive study of the diplomatic relationship between America and Ireland in the 1930s. 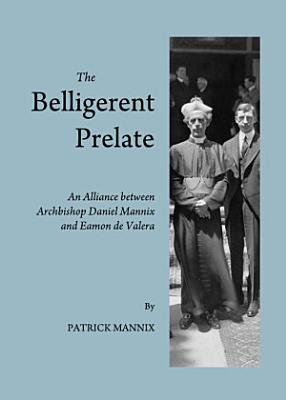 This book is an examination and evaluation from a historical perspective of the alliance that was established and forged between the former Taoiseach and President of Ireland, Eamon de Valera, and the former President of Maynooth and Archbishop of Melbourne, Australia, Dr Daniel Mannix. The book will examine how the alliance between the two men played a pivotal role in Ireland’s push for independence. The Archbishop’s role is used as a symbol of the vast Irish diaspora worldwide and how their support, both financially and physically through demonstrations for Ireland, helped keep the push for autonomy alive. Having examined the role the Archbishop played in his alliance with de Valera and the clergy, the book appraises how Dr Mannix, so revered at one stage in Irish society, became such an isolated figure after 1925. Irish history has largely neglected the role of the Archbishop. This historical analysis, grounded in research of both primary and secondary sources including previously undocumented oral evidence, archival papers, written public and private correspondence between the two characters and visual sources, will help to replenish his role. 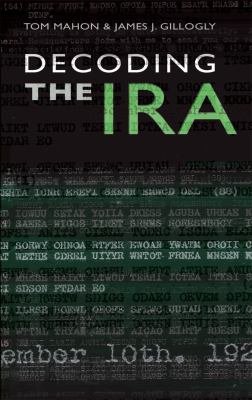 A look at the unraveled communications codes between the IRA And The USA in the 20s and 30s, revealing the day-to-day accounts of a paramilitary group. 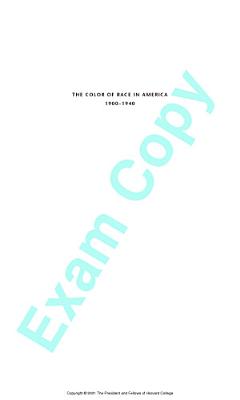 With the social change brought on by the Great Migration of African Americans into the urban northeast after the Great War came the surge of a biracial sensibility that made America different from other Western nations. How white and black people thought about race and how both groups understood and attempted to define and control the demographic transformation are the subjects of this new book by a rising star in American history. An elegant account of the roiling environment that witnessed the shift from the multiplicity of white races to the arrival of biracialism, this book focuses on four representative spokesmen for the transforming age: Daniel Cohalan, the Irish-American nationalist, Tammany Hall man, and ruthless politician; Madison Grant, the patrician eugenicist and noisy white supremacist; W. E. B. Du Bois, the African-American social scientist and advocate of social justice; and Jean Toomer, the American pluralist and novelist of the interior life. Race, politics, and classification were their intense and troubling preoccupations in a world they did not create, would not accept, and tried to change. 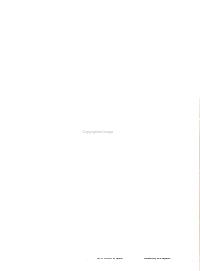 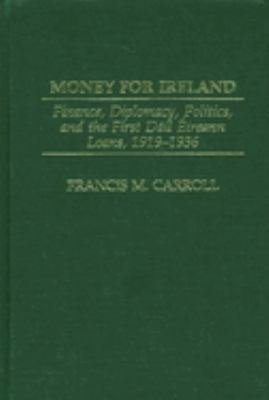 How money raised in Ireland and America contributed to a victory in the Irish War of Independence and the Civil War. 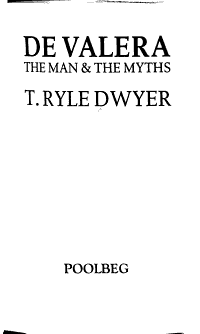 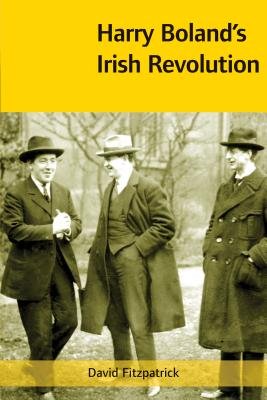 Along with his close comrades Michael Collins and Eamon de Valera, Harry Boland (1887-1922) was probably the most influential Irish revolutionary between 1917 and 1922. His sway extended to almost every aspect of republican activity. Already prominent as a hurler before 1916, he was convicted and imprisoned after an energetic Easter Week. He subsequently became Honorary Secretary of Sinn Fein, T.D. for South Roscommon in the First Dail, President of the Irish Republican Brotherhood's Supreme Council, and a republican envoy in the United States between May 1919 and December 1921. He broke with Collins over the Treaty, but became the chief intermediary between the factions. Early in the Civil War, however, he was killed by National army officers in the Grand Hotel, Skerries. Boland's influence was the product of charm, gregariousness, wit, and ruthlessness. After his rebel father's early death, Boland's mother raised him in a spirit of intransigent hostility to Britain. Yet he was also stylish, cosmopolitan, and humane. His celebrated contest with Collins for the love of Kitty Kiernan is perhaps the most intriguing of all Irish political romances. Attractive yet elusive, his personality helped shape the Irish revolution. David Fitzpatrick's biography draws upon documents in Irish, British, and American archives, including his American diaries and thousands of letters to, from, and about Boland. Extensive use has been made of family papers and de Valera's vast archive on the Irish campaign in America. These and other recently released documents illuminate the inner workings of Irish republicanism, and the critical importance of brotherhood in the revolution. As an old-fashioned republican and advocate of 'physical force', Boland is still venerated as a martyr by revolutionary republicans. Yet, in his conduct, he practised the ambiguities associated with Sinn Fein in today's Northern Ireland. Doctrine was subordinated to the twin quests for republican unity and political supremacy, entailing reiterated compromise, systematic duplicity, and mastery of propagandist techniques. If his outlook seems archaic, his practice was astonishingly modern. Harry Boland was a forerunner for Adams and McGuinness. -- Publisher description. 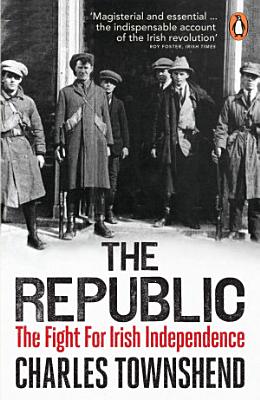 A gripping narrative of the most critical years in modern Ireland's history, from Charles Townshend The protracted, terrible fight for independence pitted the Irish against the British and the Irish against other Irish. It was both a physical battle of shocking violence against a regime increasingly seen as alien and unacceptable and an intellectual battle for a new sort of country. The damage done, the betrayals and grim compromises put the new nation into a state of trauma for at least a generation, but at a nearly unacceptable cost the struggle ended: a new republic was born. Charles Townshend's Easter 1916 opened up the astonishing events around the Rising for a new generation and in The Republic he deals, with the same unflinchingly wish to get to the truth behind the legend, with the most critical years in Ireland's history. There has been a great temptation to view these years through the prisms of martyrology and good-and-evil. The picture painted by Townshend is far more nuanced and sceptical - but also never loses sight of the ordinary forms of heroism performed by Irish men and women trapped in extraordinary times. Reviews: 'Electric ... [a] magisterial and essential book' Irish Times About the author: Charles Townshend is the author of the highly praised Easter 1916:The Irish Rebellion. His other books include The British Campaigns in Ireland, 1919-21 and When God Made Hell: The British Invasion of Mesopotamia and the Making of Iraq, 1914-21. 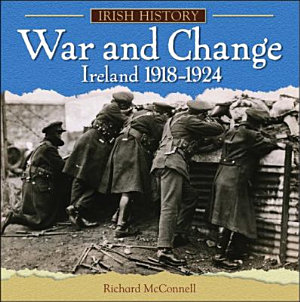 This volume looks at the political situation in Ireland before and after the formation of the Irish Free State. It examines the major events and political figures during that time including Michael Collins and Eamon de Valera. 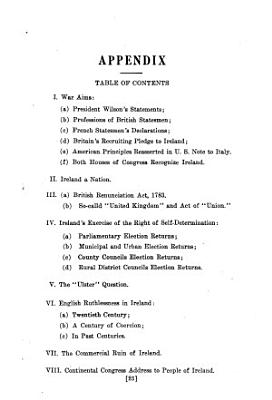