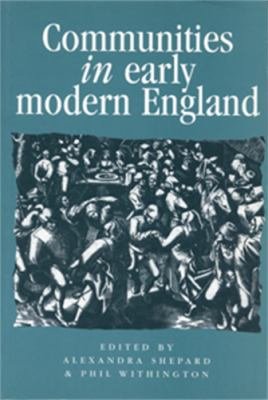 How were cultural, political, and social identities formed in the early modern period? How were they maintained? What happened when they were contested? What meanings did “community” have? This path-breaking book looks at how individuals were bound into communities by religious, professional, and social networks; the importance of place--ranging from the Parish to communities of crime; and the value of rhetoric in generating community--from the King’s English to the use of “public” as a rhetorical community. The essays offer an original, comparative, and thematic approach to the many ways in which people utilized communication, space, and symbols to constitute communities in early modern England. 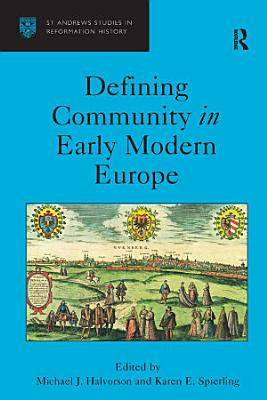 Numerous historical studies use the term "community'" to express or comment on social relationships within geographic, religious, political, social, or literary settings, yet this volume is the first systematic attempt to collect together important examples of this varied work in order to draw comparisons and conclusions about the definition of community across early modern Europe. Offering a variety of historical and theoretical approaches, the sixteen original essays in this collection survey major regions of Western Europe, including France, Geneva, the German Lands, Italy and the Spanish Empire, the Netherlands, England, and Scotland. Complementing the regional diversity is a broad spectrum of religious confessions: Roman Catholic communities in France, Italy, and Germany; Reformed churches in France, Geneva, and Scotland; Lutheran communities in Germany; Mennonites in Germany and the Netherlands; English Anglicans; Jews in Germany, Italy, and the Netherlands; and Muslim converts returning to Christian England. This volume illuminates the variety of ways in which communities were defined and operated across early modern Europe: as imposed by community leaders or negotiated across society; as defined by belief, behavior, and memory; as marked by rigid boundaries and conflict or by flexibility and change; as shaped by art, ritual, charity, or devotional practices; and as characterized by the contending or overlapping boundaries of family, religion, and politics. Taken together, these chapters demonstrate the complex and changeable nature of community in an era more often characterized as a time of stark certainties and inflexibility. As a result, the volume contributes a vital resource to the ongoing efforts of scholars to understand the creation and perpetuation of communities and the significance of community definition for early modern Europeans. 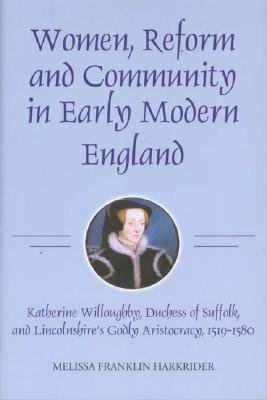 A study of one of the most influential women of her day has much to reveal about the developments which shaped the English Reformation. 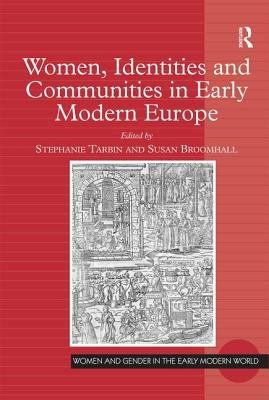 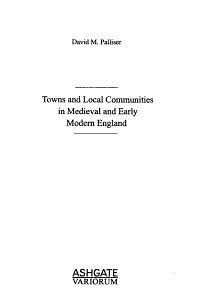 David Palliser focuses here on towns in England in the centuries between the Norman Conquest and the Tudor period, on which he is an acknowledged authority. Urban topography, archaeology, economy, society and politics are all reviewed, and particular attention is given to relationships between towns and the Crown, to the evidence for migration into towns, and to the vexed question of urban fortunes in the 15th and 16th centuries. The collection includes two hitherto unpublished studies and is introduced and put in context by a new survey of English towns from the 7th to the 16th centuries. 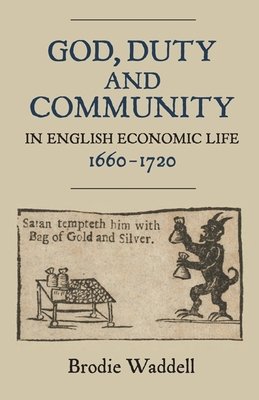 An analysis of later Stuart economic culture that contributes significantly to our understanding of early modern society. 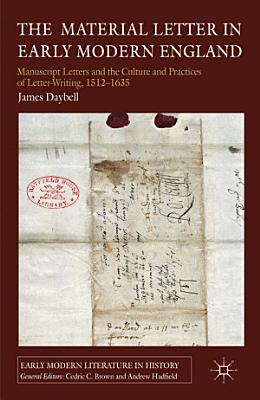 The first major socio-cultural study of manuscript letters and letter-writing practices in early modern England. Daybell examines a crucial period in the development of the English vernacular letter before Charles I's postal reforms in 1635, one that witnessed a significant extension of letter-writing skills throughout society. 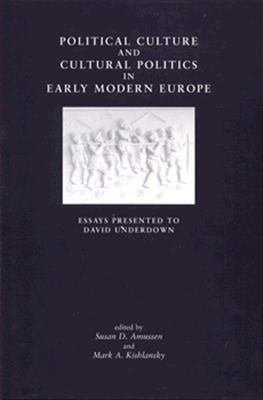 Combining the work of major scholars on both sides of the Atlantic this volume seeks to explore the interconnections between popular culture and political activism at both the local and central levels. Strongly influenced by the work of David Underdown, the contributions range across a spectrum of social and political history from witchcraft to the aristocracy, from forest riots to battles of the civil war. The volume combines chapters from historians of gender, of political theory, of social structure, and of high politics. Within this diversity, the contributors offer a cohesive approach to the study of early modern England, encouraging the exploration of mentalities and political activities, as well as artistic rendering, writing and ceremony within the widest context of cultural politics. 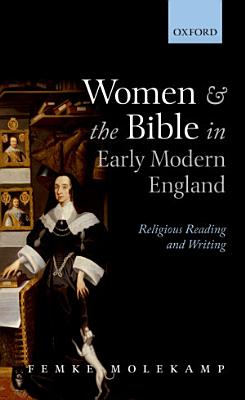 A study of English women's religious reading and writing in the sixteenth and seventeenth centuries. 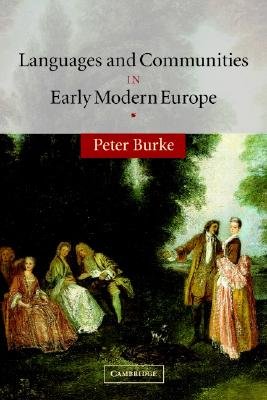 This book is a cultural history of European languages from the invention of printing to the French Revolution. 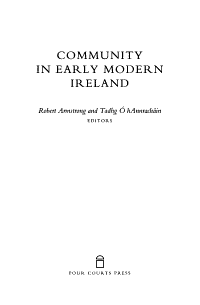 The theme of 'community' has proved a focus of considerable interest in recent historiography, but has been neglected in its application to Ireland. Here the question of 'community' is pursued in terms of the political, cultural, social and religious condition of Ireland, and in its European context. Contents -- Tadhg hAnnrachin (UCD) on the ideal of representative communities; Colm Lennon (NUIM) on fraternity and community in early modern Ireland; John McCafferty (UCD) on early modern interpretations of the Island of Saints and Scholars; Tim Harris (Brown U) on politics, religion and community in later Stuart Ireland; Patrick Little (History of Parliament, London) on The New English in Europe 1625-1660; Clodagh Tait (U Essex) on Catholic bequests and recusancy in Ireland; Aoife Duignan (UCD) on Shifting allegiances: the Protestant community in Connacht, 1643-5; Darren McGettigan on the political community of the lordship of Tir Chonaill and reaction to the Nine Years War; Robert Armstrong (TCD) on nationality and spirituality in Presbyterian Ulster, 1650-1700 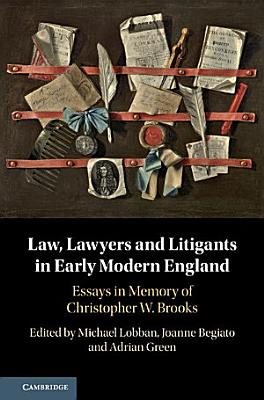 Explores the impact of legal ideas and legal consciousness on early modern English society and culture. 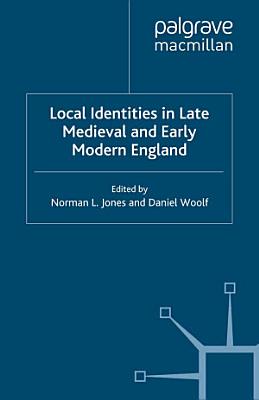 Inspired by the path-breaking work of Robert Tittler, the authors explore late Medieval and Early Modern community and identity across England. They examine the decline of neighbourliness, the politics of market towns, clerical status, charity, crime, and ways in which overlapping communities of court and country, London and Lancashire, relate. 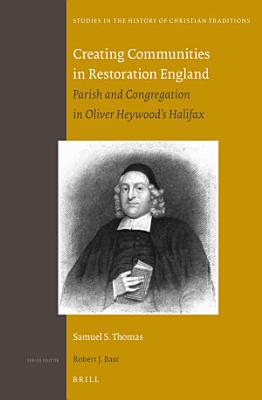 Through the extensive diaries of Presbyterian minister Oliver Heywood, this book explores the role that individuals played in fashioning their religious communities during the Restoration, as England stumbled from persecution towards a limited toleration of Protestant dissenters.