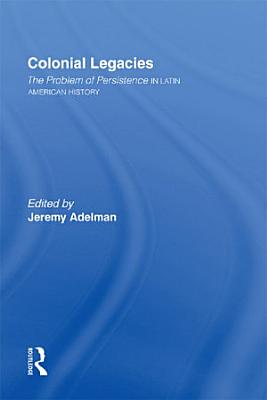 More than other Atlantic societies, Latin America is shackled to its past. This collection is an exploration of the binding historical legacies--the making of slavery, patrimonial absolutist states, backward agriculture and the imprint of the Enlightenment--with which Latin America continues to grapple. Leading writers and scholars reflect on how this heritage emerged from colonial institutions and how historians have tackled these legacies over the years, suggesting that these deep encumbrances are why the region has failed to live up to liberal-capitalist expectations. They also invite discussion about the political, economic and cultural heritages of Atlantic colonialism through the idea that persistence is a powerful organizing framework for understanding particular kinds of historical processes. 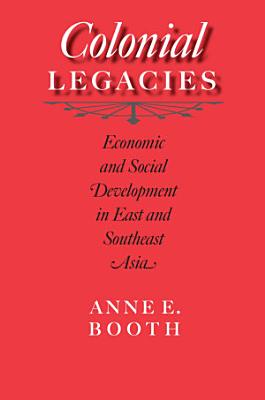 It is well known that Taiwan and South Korea, both former Japanese colonies, achieved rapid growth and industrialization after 1960. The performance of former European and American colonies (Malaysia, Singapore, Burma, Vietnam, Laos, Cambodia, Indonesia, and the Philippines) has been less impressive. Some scholars have attributed the difference to better infrastructure and greater access to education in Japan’s colonies. Anne Booth examines and critiques such arguments in this ambitious comparative study of economic development in East and Southeast Asia from the beginning of the twentieth century until the 1960s. Booth takes an in-depth look at the nature and consequences of colonial policies for a wide range of factors, including the growth of export-oriented agriculture and the development of manufacturing industry. She evaluates the impact of colonial policies on the growth and diversification of the market economy and on the welfare of indigenous populations. Indicators such as educational enrollments, infant mortality rates, and crude death rates are used to compare living standards across East and Southeast Asia in the 1930s. Her analysis of the impact that Japan’s Greater Asian Co-Prosperity Sphere and later invasion and conquest had on the region and the living standards of its people leads to a discussion of the painful and protracted transition to independence following Japan’s defeat. Throughout Booth emphasizes the great variety of economic and social policies pursued by the various colonial governments and the diversity of outcomes. Lucidly and accessibly written, Colonial Legacies offers a balanced and elegantly nuanced exploration of a complex historical reality. It will be a lasting contribution to scholarship on the modern economic history of East and Southeast Asia and of special interest to those concerned with the dynamics of development and the history of colonial regimes. 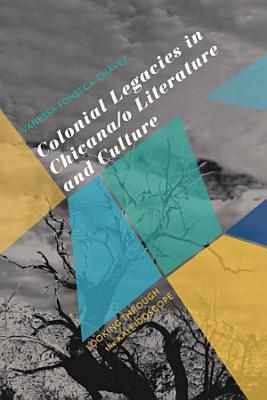 Colonial Legacies in Chicana/o Literature and Culture exposes the ways in which colonialism is expressed in the literary and cultural production of the U.S. Southwest, a region that has experienced at least two distinct colonial periods since the sixteenth century. Vanessa Fonseca-Chávez traces how Spanish colonial texts reflect the motivation for colonial domination. She argues that layers of U.S. colonialism complicate how Chicana/o literary scholars think about Chicana/o literary and cultural production. She brings into view the experiences of Chicana/o communities that have long-standing ties to the U.S. Southwest but whose cultural heritage is tied through colonialism to multiple nations, including Spain, Mexico, and the United States. While the legacies of Chicana/o literature simultaneously uphold and challenge colonial constructs, the metaphor of the kaleidoscope makes visible the rupturing of these colonial fragments via political and social urgencies. This book challenges readers to consider the possibilities of shifting our perspectives to reflect on stories told and untold and to advocate for the inclusion of fragmented and peripheral pieces within the kaleidoscope for more complex understandings of individual and collective subjectivities. This book is intended for readers interested in how colonial legacies are performed in the U.S. Southwest, particularly in the context of New Mexico, Texas, and Arizona. Readers will relate to the book’s personal narrative thread that provides a path to understanding fragmented identities. 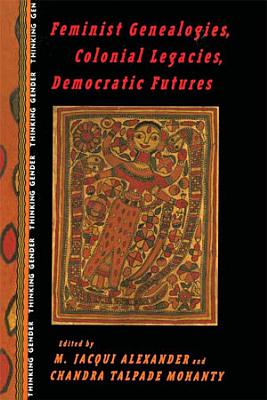 Feminist Geneaologies, Colonial Legacies, Democratic Futures provides a feminist anaylsis of the questions of sexual and gender politics, economic and cultural marginality, and anti-racist and anti-colonial practices both in the "West" and in the "Third World." This collection, edited by Jacqui Alexander and Chandra Talpade Mohanty, charts the underlying theoretical perspectives and organization practices of the different varieties of feminism that take on questions of colonialism, imperialism, and the repressive rule of colonial, post-colonial and advanced capitalist nation-states. It provides a comparative, relational, historically grounded conception of feminist praxis that differs markedly from the liberal pluralist, multicultural understanding that sheapes some of the dominant version of Euro-American feminism. As a whole, the collection poses a unique challenge to the naturalization of gender based in the experiences, histories and practices of Euro-American women. 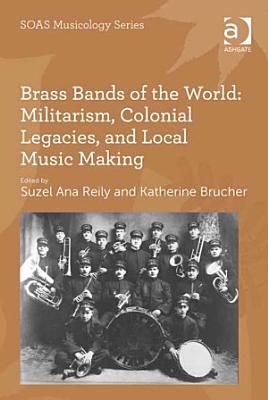 Bands structured around western wind instruments are among the most widespread instrumental ensembles in the world. Although these ensembles draw upon European military traditions that spread globally through colonialism, militarism and missionary work, local musicians have adapted the brass band prototype to their home settings, and today these ensembles are found in religious processions and funerals, military manoeuvres and parades, and popular music genres throughout the world. Based on their expertise in ethnographic and archival research, the contributors to this volume present a series of essays that examine wind band cultures from a range of disciplinary perspectives, allowing for a comparison of band cultures across geographic and historical fields. The themes addressed encompass the military heritage of band cultures; local appropriations of the military prototype; links between bands and their local communities; the spheres of local band activities and the modes of sociability within them; and the role of bands in trajectories toward professional musicianship. This book will appeal to readers with an interest in ethnomusicology, colonial and post-colonial studies, community music practices, as well as anyone who has played with or listened to their local band.

"Colonial legacies in knowledge production affect the way the world is represented and understood today. However, the subject is rarely attended. The book, Colonial Legacies and Contemporary Studies of China and Chineseness: Unlearning Binaries, Strategizing Self, is about the colonial construction of intellectual perspectives of the colonized population in terms of the latter's approach to China and Chineseness in the modern world. Relying on the available oral histories of senior China scholars primarily in Asia, authors from various postcolonial and colonial sites present these multiple routs of self-constitution and reconstitution through the use of China and Chineseness as category. The revealed manipulation of this third category, romantically as well as antagonistically, is easier than straightforward self-reflection for us all to accept that, coming to identities and relations, none, even subaltern, is politically innocent or capable of epistemological monopoly. Through comparative studies, it shows a way of self-understanding that does not always require discursive construction of border or cultural consumption of any specific "other""-- 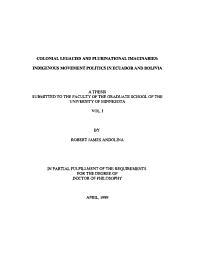 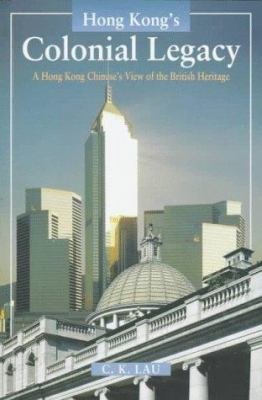 After ruling Hong Kong for 155 years, what did the British leave behind when they withdrew at midnight on 30 June 1997? C. K. Lau answers this question for the lay reader. Whether you are a long-time resident or merely a newcomer to the territory, Hong Kong's Colonial Legacy promises to deepen your understanding of this Pearl of the Orient. Questions this book tackles include: (1) What is the attitude of Hong Kong Chinese towards British rule and the resumption of Chinese sovereignty? (2) Why have most of them failed to master English despite a century and a half of colonial rule? (3) What is the future of the common law after 1997? (4) What do Hong Kong's leaders mean by executive-led government? (5) What is Hong Kong's recipe for economic success? (6) What is the future of press freedom in the Hong Kong Special Administrative Region? 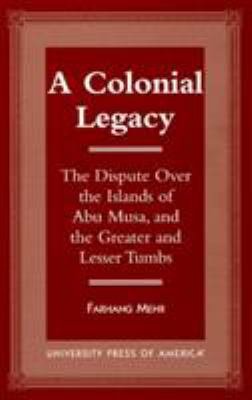 This book deals with the legal status of the three islands of Abu Musa, and the Greater and Lesser Tumbs. The matter is complex, particulary because material facts and evidence, relating to a very short span of time in the nineteenth century, are ambiguous and debatable. Hence, clarification of the material facts and the choice of applicable law form the crux of the present study. This is a multi-disciplinary study, dealing with geography, history, economics, politics, international relations and law. 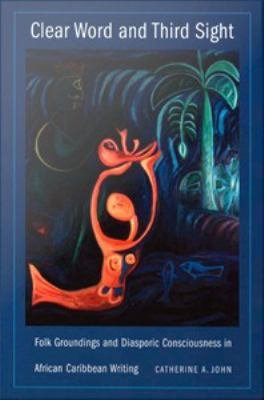 DIVClear Word and Third Sight examines the strands of a collective African diasporic consciousness represented in the work of a number of Black Caribbean writers. Catherine A. John shows how a shared consciousness, or “third sight,” is rooted in both pre- and postcolonial cultural practices and disseminated through a rich oral tradition. This consciousness has served diasporic communities by creating an alternate philosophical “worldsense” linking those of African descent across space and time. Contesting popular discourses about what constitutes culture and maintaining that neglected strains in negritude discourse provide a crucial philosophical perspective on the connections between folk practices, cultural memory, and collective consciousness, John examines the diasporic principles in the work of the negritude writers Léon Damas, Aimé Césaire, and Léopold Senghor. She traces the manifestations and reworkings of their ideas in Afro-Caribbean writing from the eastern and French Caribbean, as well as the Caribbean diaspora in the United States. The authors she discusses include Jamaica Kincaid, Earl Lovelace, Simone Schwarz-Bart, Audre Lorde, Paule Marshall, and Edouard Glissant, among others. John argues that by incorporating what she calls folk groundings—such as poems, folktales, proverbs, and songs—into their work, Afro-Caribbean writers invoke a psychospiritual consciousness which combines old and new strategies for addressing the ongoing postcolonial struggle./div 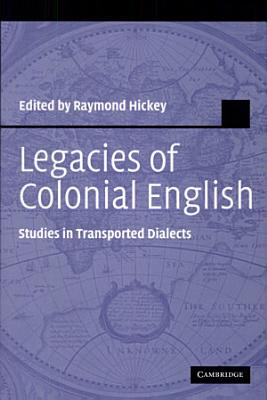 As a result of colonization, many varieties of English now exist around the world. Originally published in 2005, Legacies of Colonial English brings together a team of internationally renowned scholars to discuss the role of British dialects in both the genesis and subsequent history of postcolonial Englishes. Considering the input of Scottish, English and Irish dialects, they closely examine a wide range of Englishes - including those in North and South America, South Africa, Asia, Australia and New Zealand - and explain why many of them still reflect non-standard British usage from the distant past. Complete with a checklist of dialect features, a detailed glossary and set of general references on the topic of postcolonial Englishes, this book will be an invaluable source to scholars and students of English language and linguistics, particularly those interested in sociolinguistics, historical linguistics and dialectology. 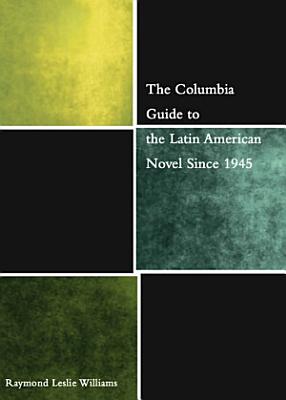 In this expertly crafted, richly detailed guide, Raymond Leslie Williams explores the cultural, political, and historical events that have shaped the Latin American and Caribbean novel since the end of World War II. In addition to works originally composed in English, Williams covers novels written in Spanish, Portuguese, French, Dutch, and Haitian Creole, and traces the profound influence of modernization, revolution, and democratization on the writing of this era. Beginning in 1945, Williams introduces major trends by region, including the Caribbean and U.S. Latino novel, the Mexican and Central American novel, the Andean novel, the Southern Cone novel, and the novel of Brazil. He discusses the rise of the modernist novel in the 1940s, led by Jorge Luis Borges's reaffirmation of the right of invention, and covers the advent of the postmodern generation of the 1990s in Brazil, the Generation of the "Crack" in Mexico, and the McOndo generation in other parts of Latin America. An alphabetical guide offers biographies of authors, coverage of major topics, and brief introductions to individual novels. It also addresses such areas as women's writing, Afro-Latin American writing, and magic realism. The guide's final section includes an annotated bibliography of introductory studies on the Latin American and Caribbean novel, national literary traditions, and the work of individual authors. From early attempts to synthesize postcolonial concerns with modernist aesthetics to the current focus on urban violence and globalization, The Columbia Guide to the Latin American Novel Since 1945 presents a comprehensive, accessible portrait of a thoroughly diverse and complex branch of world literature. 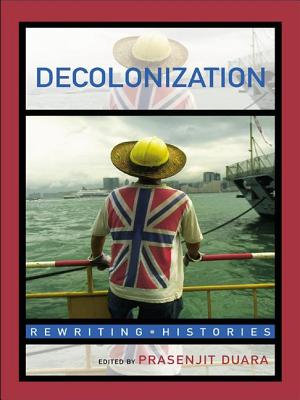 'Decolonization' collects challenging perspectives on the process of decolonization in the 20th century, including writings by Ho Chi-Minh & Nehru. This is a move away from Western analysis of the phenomenon, towards the angle of vision of the former colonies. 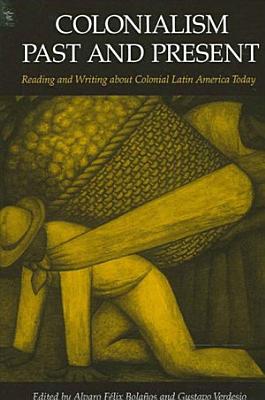