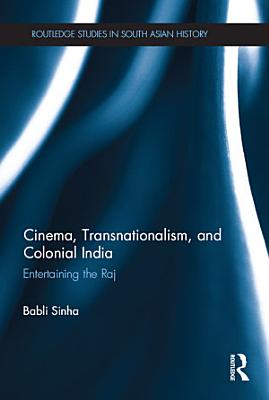 Through the lens of cinema, this book explores the ways in which the United States, Britain and India impacted each other politically, culturally and ideologically. It argues that American films of the 1920s posited alternative notions of whiteness and the West to that of Britain, which stood for democracy and social mobility even at a time of virulent racism. The book examines the impact that the American cinema has on Indian filmmakers of the period, who were integrating its conventions with indigenous artistic traditions to articulate an Indian modernity. It considers the way American films in the 1920s presented an orientalist fantasy of Asia, which occluded the harsh realities of anti-Asian sentiment and legislation in the period as well as the exciting engagement of anti-imperial activists who sought to use the United States as the base of a transnational network. The book goes on to analyse the American ‘empire films’ of the 1930s, which adapted British narratives of empire to represent the United States as a new global paradigm. Presenting close readings of films, literature and art from the era, the book engages cinema studies with theories of post-colonialism and transnationalism, and provides a novel approach to the study of Indian cinema. 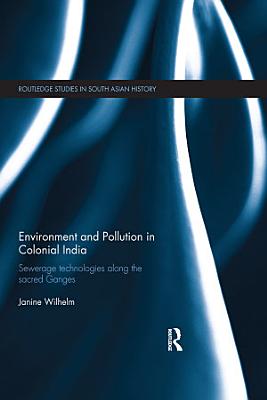 India is facing a river pollution crisis today. The origins of this crisis are commonly traced back to post-Independence economic development and urbanisation. This book, in contrast, shows that some important early roots of India’s river pollution problem, and in particular the pollution of the Ganges, lie with British colonial policies on wastewater disposal during the late 19th and early 20th centuries. Analysing the two cornerstones of colonial river pollution history during the late 19th and early 20th centuries – the introduction of sewerage systems and the introduction of biological sewage treatment technologies in cities along the Ganges – the author examines different controversies around the proposed and actual discharge of untreated/treated sewage into the Ganges, which involved officials on different administrative levels as well as the Indian public. The analysis shows that the colonial state essentially ignored the problematic aspects of sewage disposal into rivers, which were clearly evident from European experience. Guided by colonial ideology and fiscal policy, colonial officials supported the introduction of the cheapest available sewerage technologies, which were technologies causing extensive pollution. Thus, policies on sewage disposal into the Ganges and other Indian rivers took on a definite shape around the turn of the 20th century, and acquired certain enduring features that were to exert great negative influence on the future development of river pollution in India. A well-researched study on colonial river pollution history, this book presents an innovative contribution to South Asian environmental history. It is of interest to scholars working on colonial, South Asian and environmental history, and the colonial history of public health, science and technology. 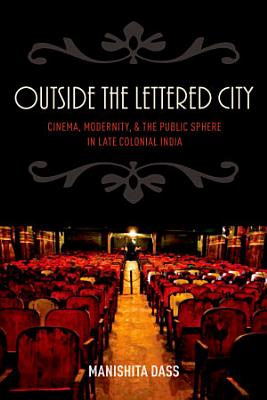 Outside the Lettered City traces how middle-class Indians responded to the rise of the cinema as a popular form of mass entertainment in early 20th century India, focusing on their preoccupation with the mass public made visible by the cinema and with the cinema's role as a public sphere and a mass medium of modernity. It draws on archival research to uncover aspirations and anxieties about the new medium, which opened up tantalizing possibilities for nationalist mobilization on the one hand, and troubling challenges to the cultural authority of Indian elites on the other. Using case-studies drawn from the film cultures of Bombay and Kolkata, it demonstrates how discourses about the cinematic public dovetailed into discourses about a national public, giving rise to considerable excitement about cinema's potential to democratize the public sphere beyond the limits of print-literate culture, as well as to deepening anxieties about cultural degeneration. The case-studies also reveal that early twentieth century discourses about the cinema contain traces of a formative tension in Indian public culture, between visions of a deliberative public and spectres of the unruly masses. 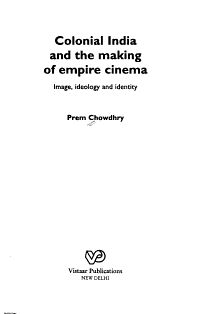 This book is an empirico-historical enquiry into the empire cinema made in Hollywood and Britain during the turbulent 1930s and 1940s. It shows how empire cinema constructed the colonial world, its rationale for doing so, and the manner in which such constructions were received by the colonised people. 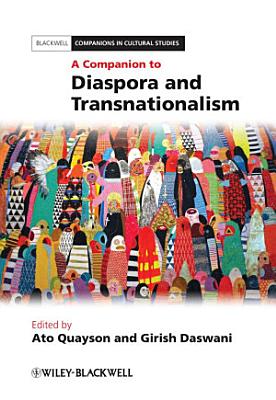 A Companion to Diaspora and Transnationalism offers aground-breaking combined discussion of the concepts of diaspora andtransnationalism. Newly commissioned essays by leading scholarsprovide interdisciplinary perspectives that link together theconcepts in new and important ways. A wide-ranging collection which reviews the most significantdevelopments and provides valuable insights into current keydebates in transnational and diaspora studies Contains newly commissioned essays by leading scholars, whichwill both influence the field, and stimulate further insight anddiscussion in the future Provides interdisciplinary perspectives on diaspora andtransnationalism which link the two concepts in new and importantways Combines theoretical discussion with specific examples and casestudies 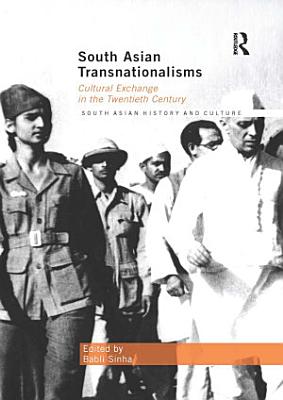 South Asian Transnationalisms explores encounters in twentieth century South Asia beyond the conventional categories of center and periphery, colonizer and colonized. Considering the cultural and political exchanges between artists and intellectuals of South Asia with counterparts in the United States, continental Europe, the Caribbean, and East Asia, the contributors interrogate the relationships between identity and agency, language and space, race and empire, nation and ethnicity, and diaspora and nationality. This book deploys transnational syntaxes such as cinema, dance, and literature to reflect on social, technological, and political change. Conceiving of the transnational as neither liberatory nor necessarily hegemonic, the authors seek to explore the contradictions, opportunities, disjunctures, and exclusions of the vexed experience of globalization in South Asia. This book was published as a special issue of South Asian History and Culture. 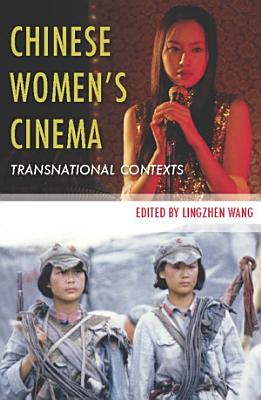 The first of its kind in English, this collection explores twenty one well established and lesser known female filmmakers from mainland China, Hong Kong, Taiwan, and the Chinese diaspora. Sixteen scholars illuminate these filmmakers' negotiations of local and global politics, cinematic representation, and issues of gender and sexuality, covering works from the 1920s to the present. Writing from the disciplines of Asian, women's, film, and auteur studies, contributors reclaim the work of Esther Eng, Tang Shu Shuen, Dong Kena, and Sylvia Chang, among others, who have transformed Chinese cinematic modernity. Chinese Women's Cinema is a unique, transcultural, interdisciplinary conversation on authorship, feminist cinema, transnational gender, and cinematic agency and representation. Lingzhen Wang's comprehensive introduction recounts the history and limitations of established feminist film theory, particularly its relationship with female cinematic authorship and agency. She also reviews critiques of classical feminist film theory, along with recent developments in feminist practice, altogether remapping feminist film discourse within transnational and interdisciplinary contexts. Wang's subsequent redefinition of women's cinema, and brief history of women's cinematic practices in modern China, encourage the reader to reposition gender and cinema within a transnational feminist configuration, such that power and knowledge are reexamined among and across cultures and nation-states. 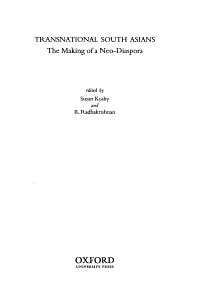 "A milestone in diaspora studies, this collection will be useful for students of sociology, anthropology, history, politics, globalization, migration, transnationalism, and postcolonial studies." --Book Jacket. 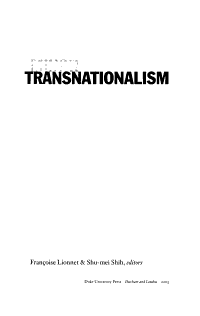 DIVThis collection of essays investigates the importance of "minor discourses" and minority cultures across national boundaries./div 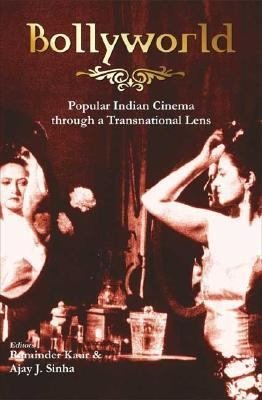 Popular Indian Cinema is clearly a worldwide phenomenon. But what often gets overlooked in this celebration is this cinema’s intricate relationship with global dynamics since its very inception in the 1890s. With contributions from a range of international scholars, this volume analyses the transnational networks of India’s popular cinema in terms of its production, narratives and reception. The first section of the book,Topographies, concentrates on the globalised audio-visual economies within which the technologies and aesthetics of India’s commercial cinema developed. Essays here focus on the iconic roles of actors like Devika Rani and Fearless Nadia, film-makers such as D G Phalke and Baburao Painter, the film Sant Tukaram, and aspects of early cinematography. The second section, Trans-Actions, argues that the ‘national fantasy’ of Indian commercial cinema is an unstable construction. Essays here concentrate on the conversations between Indian action movies of the 1970s and other genres of action and martial arts films; the features of post-liberalisation Indian films designed to meet the needs of an ‘imagined’ global audience in the 1990s; and the changing metaphor of ‘the vamp’ as portrayed through desirous women in films with examples of the Anglo-Asian, the westernized Indian woman of ‘low character’, and the contemporary figure of the ‘heroine’. The final section, Travels, focuses on the overseas reception of Indian cinema with ethnographic case studies from Germany, Guyana, the USA, South Africa, Nigeria and Britain. The contributors highlight various issues concerning modernity, racial/ethnic identity, the gaze of the ‘mainstream Other’, gender, hybridity, moral universes, and the articulation of desire and disdain. 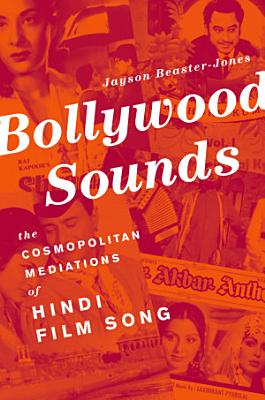 Bollywood Sounds focuses on the songs of Indian films in their historical, social, commercial, and cinematic contexts. Author Jayson Beaster-Jones takes readers through the highly collaborative compositional process, highlighting the contributions of film directors, music directors (composers), lyricists, musicians, and singers in song production. Through close musical and multimedia analysis of more than twenty landmark compositions, Bollywood Sounds illustrates how the producers of Indian film songs have long mediated a variety of musical styles, instruments, and performance practices to create a uniquely cosmopolitan music genre. As an exploration of the music of seventy years of Hindi films, Bollywood Sounds provides long-term historical insights into film songs and their musical and cinematic conventions in ways that will appeal both to scholars and to newcomers to Indian cinema. 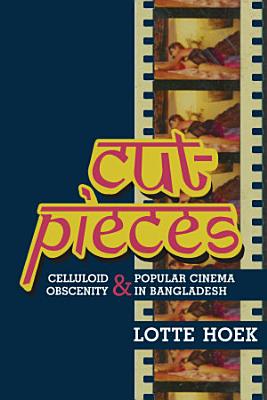 Imagine watching an action film in a small-town cinema hall in Bangladesh, and in between the gun battles and fistfights a short pornographic clip appears. This is known as a cut-piece, a strip of locally made celluloid pornography surreptitiously spliced into the reels of action films in Bangladesh. Exploring the shadowy world of these clips and their place in South Asian film culture, Lotte Hoek builds a rare, detailed portrait of the production, consumption, and cinematic pleasures of stray celluloid. Hoek's innovative ethnography plots the making and reception of Mintu the Murderer (2005, pseud.), a popular, Bangladeshi B-quality action movie and fascinating embodiment of the cut-piece phenomenon. She begins with the early scriptwriting phase and concludes with multiple screenings in remote Bangladeshi cinema halls, following the cut-pieces as they appear and disappear from the film, destabilizing its form, generating controversy, and titillating audiences. Hoek's work shines an unusual light on Bangladesh's state-owned film industry and popular practices of the obscene. She also reframes conceptual approaches to South Asian cinema and film culture, drawing on media anthropology to decode the cultural contradictions of Bangladesh since the 1990s. 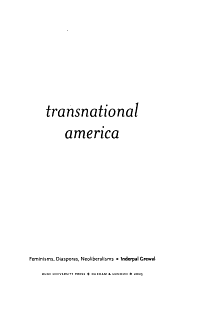 DIVA study of South Asian Americans which views both their identity and that of America as constructed transnationally between the U.S. and India./div 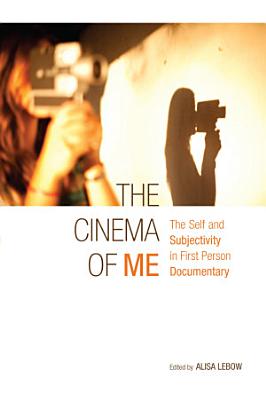 When a filmmaker makes a film with herself as a subject, she is already divided as both the subject matter of the film and the subject making the film. The two senses of the word are immediately in play – the matter and the maker—thus the two ways of being subjectified as both subject and object. Subjectivity finds its filmic expression, not surprisingly, in very personal ways, yet it is nonetheless shaped by and in relation to collective expressions of identity that can transform the cinema of 'me' into the cinema of 'we'. Leading scholars and practitioners of first-person film are brought together in this groundbreaking collection to consider the theoretical, ideological, and aesthetic challenges wrought by this form of filmmaking in its diverse cultural, geographical, and political contexts.