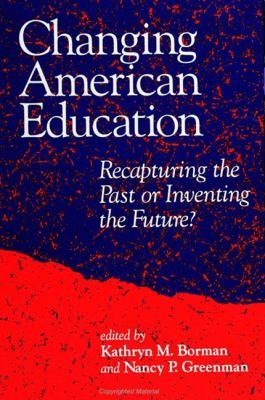 This book examines social changes affecting education; amplifies case studies of school change; and analyzes the gap between the rhetoric and reality of educational reform. 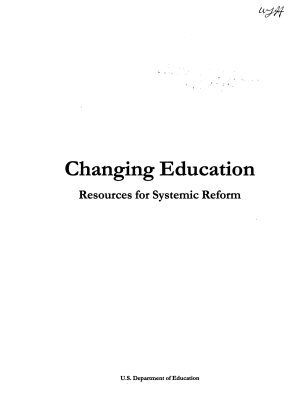 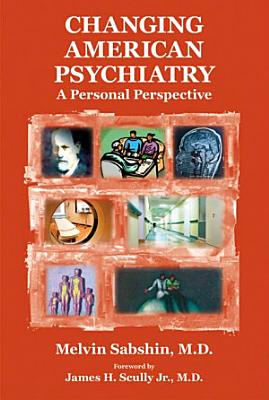 Psychiatrists, psychoanalysts, other mental health workers, behavioral scientists, and university medical and neuroscience professionals will benefit from this articulate insider's view of post-World War II psychiatry in Changing American Psychiatry: A Personal Perspective by Melvin Sabshin, M.D. Dr. Sabshin served as Medical Director of the American Psychiatric Association (APA) for 23 years, from 1974 to 1997, during a period of perhaps the greatest change in psychiatry since the World War II produced a dramatic modification of practice. The author describes in detail two extraordinary periods of change, the first stimulated by laudatory efforts to understand the high rate of psychiatric casualties among World War II veterans and to provide treatment for them. Psychiatry grew quickly during the postwar years, considerably influenced by the immigration of many Central European psychoanalysts. Gradually, however, psychiatry began to weaken its ties to medicine and lost much of its public respect. By the 1970s, postwar optimism had been replaced by widespread concern that psychiatric practice was being dominated by unsubstantiated formulations rather than reliable evidence. Psychiatry was dramatically impacted by enormous pressure for therapeutic accountability exerted by a managed care reimbursement system. The profession recognized the need for a new direction and resolved to change. In the foreword to the book, current APA Medical Director James H. Scully Jr., M.D., notes that Dr. Sabshin has woven a personal journey of the history of the intellectual conflicts and changes in the field of psychiatry in the post-war era, culminating in the remedicalization of psychiatry and the development of the DSM-III. Dr. Sabshin encourages psychiatric professionals to change the field so it can employ an empirically based "bio-psycho-social" model that has the potential to revitalize the next phase of American psychiatry. He details how the potential for the future of psychiatry can be enhanced by today's practicing professionals, stressing the: Need to incorporate the rapid developments of neuroscience into a professional practice that is increasingly integrated with empirically demonstrated psychological and social influences upon mental illness. Importance on continued research that is fed back into practice and keeps the professional evidence-based. Need of psychoanalysis to make its beliefs explicit, formulating hypotheses that can be tested scientifically in order to be employed reliably in evidence-based practice. This well-crafted historical account describes how the profession has become a more respected and accountable part of medicine and how it scientific credentials have risen as a result. Dr. Sabshin concludes that the use of psychological understanding and psychotherapies must play a major role combined with psychopharmacology in the treatment of psychiatric patients. 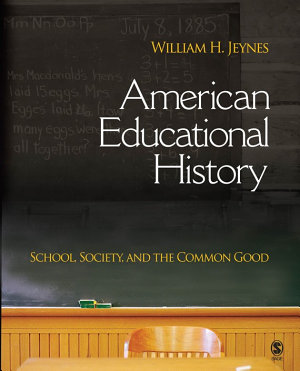 American Educational History: School, Society, and the Common Good is an up-to-date, contemporary examination of historical trends that have helped shape schools and education in the United States. Author William H. Jeynes places a strong emphasis on recent history, most notably post-World War II issues such as the role of technology, the standards movement, affirmative action, bilingual education, undocumented immigrants, school choice, and much more! 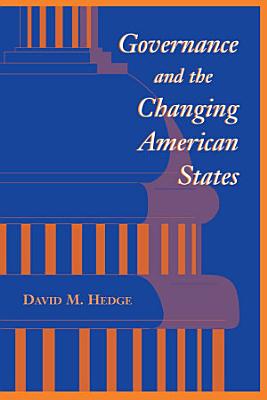 America has rediscovered its states and their governments. After decades of dominance by the federal government, the balance of power is returning, often dramatically, to state governments. A devolution of authority began during the Reagan years, but recent Republican victories in Washington and in the states promise to accelerate the rate at which state governments assume greater responsibility for governing the nation. Inherent in that development is the sense that state governments, long perceived as the weakest link in American politics, are now perhaps the strongest.Here, David Hedge provides a comprehensive and up-to-date review of how states have evolved over the past several decades both on the demand side (citizen participation, elections, parties, interest groups) and the supply side (governors, legislatures, the courts) of state government. In addition to describing the kinds of changes that are occurring at the state level, Hedge looks at the impact of those developments on the quality of statehouse democracy and the ability of the states to govern effectively. The major theme of the text is that state governments in the nineties are better able to govern than ever before but suffer the same kinds of problems?inordinate interest group influence, partisanship, political stalemate?that we have seen at the federal level.Governance and the Changing American States offers students an important and timely framework for viewing and assessing these changes in state government in the context of recent research on the impact of changing state politics and governing. 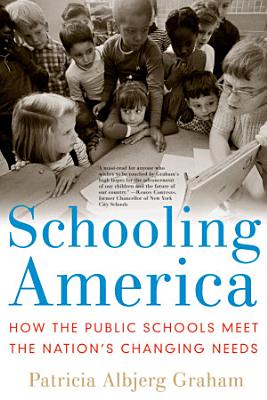 Patricia Graham is one of America's most esteemed historians of education, formerly Dean of Harvard's Graduate School of Education and Director of the National Institute of Education. In this informative volume, Graham offers a vibrant history of American education in the last century. Drawing on a wide array of sources, from government reports to colorful anecdotes, Graham skillfully illustrates Americans' changing demands for our schools, and how schools have responded by providing what critics want, though never as completely or as quickly as they would like. In 1900, as waves of immigrants swept the nation, the American public wanted schools to assimilate students into American life, combining the basics of English and arithmetic with emphasis on patriotism, hard work, fair play and honesty. In the 1920s, the focus shifted from schools serving a national need to serving individual needs; education was to help children adjust to life. By 1954 the emphasis moved to access, particularly for African-American children to desegregated classrooms, but also access to special programs for the gifted, the poor, the disabled, and non-English speakers. Now Americans want achievement for all, defined as higher test scores. The public largely ignored colleges until after World War II when research received international recognition and enrollments grew. Throughout the narrative, we meet the passionate educators, scholars and journalists who drove particular agendas, and we also meet Graham's own family, starting with her immigrant father's first day of school and moving through her experiences as a teacher. Invaluable background in the ongoing debate on education in the United States, this book offers an insightful look at what the public has sought from its educational institutions, what educators have delivered, and what remains to be done. 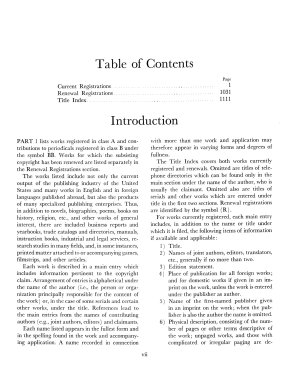 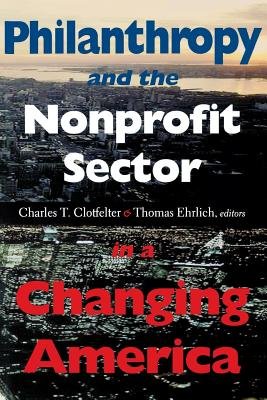 This collection brings together the views of a stellar assemblage of scholars, practitioners, . . . and a host of other talented and distinguished citizens of the independent sector . . . . A 'must read.' --Philanthropy Monthly In an attempt to analyze future directions of the increasingly influential nonprofit sector, the American Assembly and the Indiana Center on Philanthropy sponsored a conference that brought in leading scholars and practitioners. Participants were asked to consider what forces will determine the shape and activities of philanthropy and the nonprofit sector in the next decade. This volume is a product of this inquiry. Contributors focused on a variety of pressures, including the devolution of federal programs, the blurring of lines between non-profit and for-profit organizations; the changing distributions of income; a revived interest in community and civil society; the evolution of religion and other regulatory reform; and a retreat of government from various policy areas. 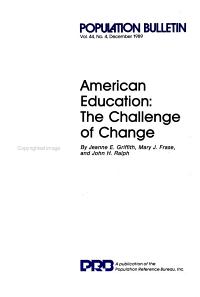 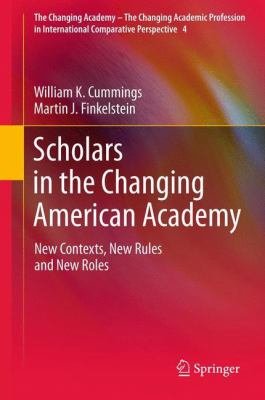 As the nature of education generally, and higher education in particular, changes irrevocably, it is crucial to understand the informed opinions of those closest to the institutions of learning. This book, based on a survey of academics in 19 nations and conducted by leading global scholars, is a thorough sounding of the attitudes of academics to their working environment. As the post-WWII liberal consensus crumbles, higher education is increasingly viewed as a private and personal investment in individual social mobility rather than as a public good and, ipso facto, a responsibility of public authorities. The incursion of corporate culture into academe, with its ‘stakeholders’, ‘performance pay’ and obsession with ‘competitiveness’ is a matter of bitter debate, with some arguing that short-termism is obviating epoch-making research which by definition requires patience and persistence in the face of the risk of failure. This book highlights these and many other key issues facing the academic profession in the US and around the world at the beginning of the 21st century and examines the issues from the perspective of those who are at the front line of change. This group has numerous concerns, not least in the US, where government priorities are shifting with growing budget pressures to core activities such as basic education, health and welfare. Drawing too on comparable surveys conducted in 1992, the book charts the actual contours of change as reflected in the opinions of academics. Critically, the volume explicitly compares and contrasts the situation of American academics with that of academics in other advanced and developing economies. Such an assessment is critical both for Americans to chart the future of their indigenous tertiary enterprise, but also for shaping the response of the nations around the world who contemplate applying the American model to their own national systems. 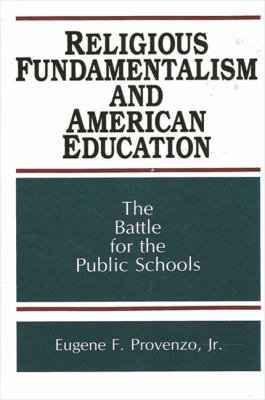 For the past twenty-five years, 'ultra-fundamentalist' Christians have put increasing pressure on American public education to conform exclusively with their own philosophy and vision of education and culture. Eugene Provenzo considers and addresses the impact that the fundamentalist movement has had on such issues as censorship, textbook content, Creationism versus Evolution, the family and education, school prayer, and the state regulation of Christian schools. In exploring both sides of the debate, however, the author concludes that many fundamentalists' concerns are justified, due to a basic inconsistency between the rights guaranteed under the First Amendment and the position that many public schools have legally assumed.