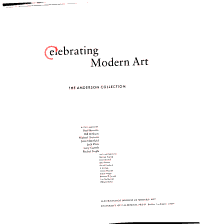 The Anderson collection is among the greatest private collections of modern and contemporary art in the United States. This work features the works of over 140 artists, including Willem de Kooning, Jackson Pollock, and Mark Rothko. 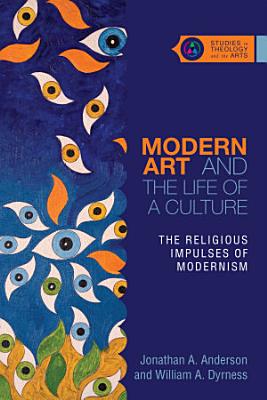 In 1970, Hans Rookmaaker published Modern Art and the Death of a Culture, a groundbreaking work that considered the role of the Christian artist in society. This volume responds to his work by bringing together a practicing artist and a theologian, who argue that modernist art is underwritten by deeply religious concerns. 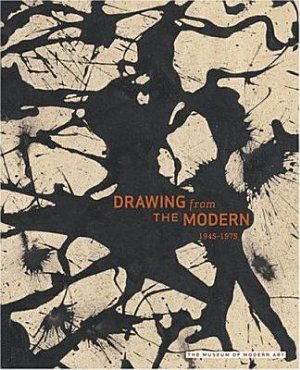 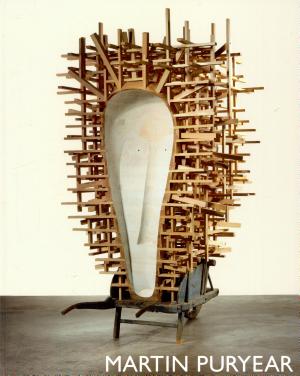 Over the last 30 years, Martin Puryear has created a body of work that defies categorization, creating sculpture that looks at identity, culture & history. This book accompanies an exhibition at The Museum of Modern Art that follows Puryear's development from his first solo show to works being presented for the first time. 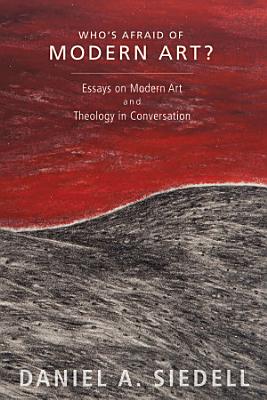 Modern art can be confusing and intimidating--even ugly and blasphemous. And yet curator and art critic Daniel A. Siedell finds something else, something much deeper that resonates with the human experience. With over thirty essays on such diverse artists as Andy Warhol, Thomas Kinkade, Diego Velazquez, Robyn O'Neil, Claudia Alvarez, and Andrei Rublev, Siedell offers a highly personal approach to modern art that is informed by nearly twenty years of experience as a museum curator, art historian, and educator. Siedell combines his experience in the contemporary art world with a theological perspective that serves to deepen the experience of art, allowing the work of art to work as art and not covert philosophy or theology, or visual illustrations of ideas, meanings, and worldviews. Who's Afraid of Modern Art? celebrates the surprising beauty of art that emerges from and embraces pain and suffering, if only we take the time to listen. Indeed, as Siedell reveals, a painting is much more than meets the eye. So, who's afraid of modern art? Siedell's answer might surprise you. 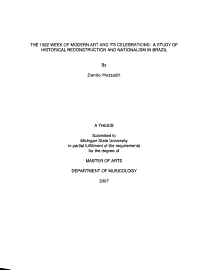 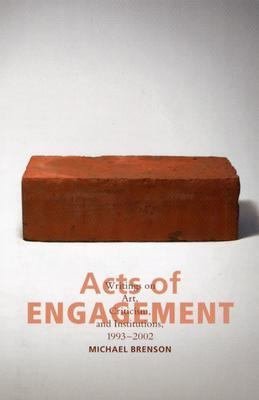 From his unique vantage point as the dean of Dallas sports writers, Bob St. John brings us a soul-stirring portrait of one of America's most loved heroes-Tom Landry-who was, for twenty-nine years, the Dallas Cowboys' only head coach.Recounting Landry's phenomenal rise to coaching fame, St. John gives us glimpses of Landry as the intramural champion in light heavyweight boxing at the University of Texas, the decorated military veteran, the rugged college halfback, and the dedicated husband and father of a family that mattered more to him than any of his legendary football teams.For years St. John covered the Cowboys for the Dallas Morning News. So he brings to these pages a wealth of inside tales and touching vignettes of the coach who made them "America's team." As he traces the Cowboys' illustrious history to show us Tom Landry in action, St. John chronicles Those first agonizing years when the talent-poor Cowboys got pulverized by tough NFL teams The incredible ten-year coaching contract Murchison awarded to Landry after his first four humiliating seasons The first glimmerings of glory when Don Meredith, Bob Lilly, Mel Renfro, Lee Roy Jordan, and Walt Garrision became household names The Glory years-the Staubach years-with back-to-back Super Bowl contending teams The dog-days at the end of Landry's coaching career when the NFL's parity rules depleted the Cowboy's arsenal once more The seismic shock in Dallas when the team's new owner fired the world's favorite coachThousands gathered to honor "the man in the hat" shortly before he died. Former President George Bush said to him, "You're an inspiration to all who have ever watched or played the game of football." St. John recalls that moment: "As Landry walked off the speaker's stand it would be the last time most people would ever see him. That familiar face that seemed to be chiseled in stone with deep-set, pale eyes that could almost become slits when he smiled or deeply concentrated the chine that jutted out would become a fading memory. And then Landry walked away and was gone."But he has not been forgotten. 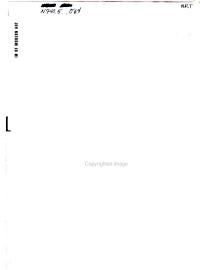 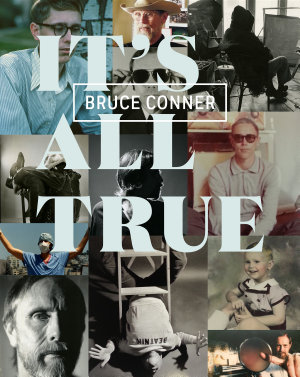 "This book is published by the San Francisco Museum of Modern Art on the occasion of the exhibition Bruce Conner: It's All True, co-curated by Stuart Comer, Rudolf Frieling, Gary Garrels, and Laura Hoptman, with Rachel Federman"--Colophon. 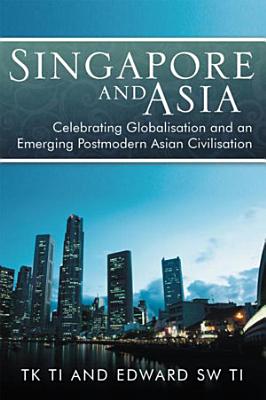 SINGAPORE AND EAST ASIA----CELEBRATING GLOBALIZATION AND EMERGENCE OF A POST-MODERN ASIAN CIVILIZATION The economic achievements of peoples bear a close relationship with their cultures and level of development of their civilization. Until the 16th century, the major world civilizations were similar in stage of development in being feudalistic, authoritarian and religious. Since then with the Enlightenment, the age of Reason and the control of nature through mastery of science, Western civilization has taken a quantum leap in creating the modern industrial world and achieved wealth through colonization and globalization. In stagnating for centuries, Asians paid dearly at the feet of Western hegemony. Nevertheless, through the embrace of techno-science whilst retaining traditional values, Asians are now catching up fast. East Asians have happily discovered that practicing their cultural heritage of Confucianism, Taoism and Buddhism has been to their advantage. This thesis has been reinforced by Communist Chinas phenomenal success in the global economy. At the same time East Asia has found cultural consonance with the philosophy of Constructive post-modernism. This has been a movement in the West which questions the precepts of modernism, its materialism and lack of spirituality, its failure to achieve harmony in society and amongst nations, and its excessive exploitation of Mother Nature. Constructive post-modernism movement has placed its biggest hope in the harmonious rise of Marxist China. An East Asian champion of globalization has been Singapore. Initially thought too small to exist as a country, Singapore has surprised in reaching the ranks of a global city well within a life span. SINGAPORE----Celebrating globalization and fusion of civilizations Singapore is currently ranked 7th in position as a global city, joining in wealth and influence New York, London and Tokyo. Caux Round Table, a global index of social capital in 2009 ranked Singapore 14th among 200 countries. Singapore was top in Asia and ahead of the United States and Britain. Singapores exciting fusion of Western and Asian civilizations started in 1819 when the British East India Company set up a trading post at the sparsely populated island off the Southern tip of Malaya at the strategic Straits of Malacca. When colonial initiatives made Malaya into the worlds biggest producer of rubber and tin, the port city grew into the New York of Malaya. Following the usual rhetoric of newly independent countries against colonial exploitation, the Republic of Singapore was pragmatic in remaining closely aligned to the Western world. The elevation of English to be the first language of instruction in all schools not only helped unify multi-lingual Singapore, but also facilitated linkage with the global economy and progress in techno-science. English speaking workers together with other positive factors such as hard work ethics, freedom from labor strikes and corruption attracted MNC investment. Since the 1960s Singapore has become the biggest MNC hub in the world. In 2007, over 7000 foreign companies account for $15 billion or 85% of fixed asset investment and 44.5% of the GDP. Besides MNCs, Western talents in top level management, finance, academia and research have all been recruited. International Advisory Panels (IAP) continue to assist Government and statutory bodies. Unlike much of Asia, a key element in Singapores success has been winning the war against corruption through political will, tough anti-corruption laws and paying ministers and civil servants well. Transparency International has consistently ranked island-State as one of the least corrupt countries in the world. The livability of Singapore has for past decades been significantly improved by clearance of slumps, clean tree-lined and crime-free streets, decent housing, and access to high quality education and healthcare. Architectural legacy 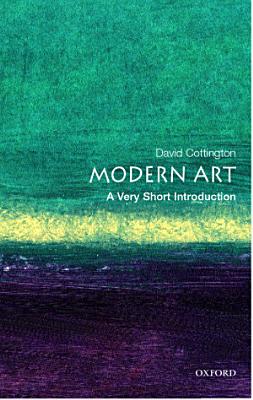 As public interest in modern art continues to grow, as witnessed by the spectacular success of Tate Modern and the Bilbao Guggenheim, there is a real need for a book that will engage general readers, offering them not only information and ideas about modern art, but also explaining its contemporary relevance and history. This book achieves all this and focuses on interrogating the idea of 'modern' art by asking such questions as: What has made a work of art qualify as modern (or fail to)? How has this selection been made? What is the relationship between modern and contemporary art? Is 'postmodernist' art no longer modern, or just no longer modernist - in either case, why, and what does this claim mean, both for art and the idea of 'the modern'? Cottington examines many key aspects of this subject, including the issue of controversy in modern art, from Manet's Dejeuner sur L'Herbe (1863) to Picasso's Les Demoiselles, and Tracey Emin's Bed, (1999); and the role of the dealer from the main Cubist art dealer Kahnweiler to Charles Saatchi. ABOUT THE SERIES: The Very Short Introductions series from Oxford University Press contains hundreds of titles in almost every subject area. These pocket-sized books are the perfect way to get ahead in a new subject quickly. Our expert authors combine facts, analysis, perspective, new ideas, and enthusiasm to make interesting and challenging topics highly readable. 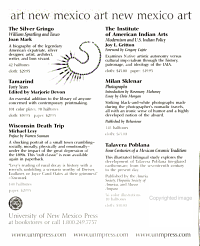 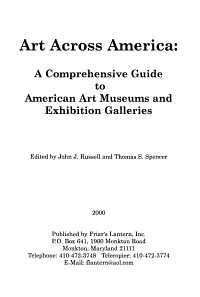 "This friendly, affordable guide to some 1,700 museums with art collections is a perfect resource to hand the art lover who wants to know what museums and other public exhibition spaces to visit in an area. Entries are arranged by state and city, and include basic information about fees, hours, activities, Web sites, and a description of the collections, facilities, a bit of history, and any special points of interest. Handy maps showing museum locations introduce each state section, and inviting photographs accompany most entries."--"Outstanding Reference Sources," American Libraries, May 2002.