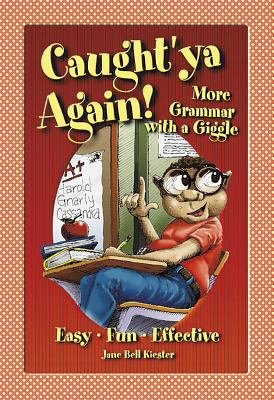 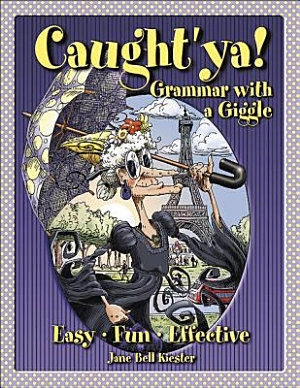 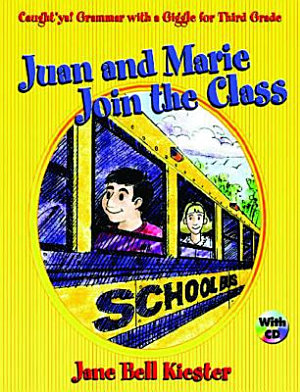 In Juan and Marie Join the Class, third-grade students will have fun learning about the language and customs of Mexico and France as they master vocabulary, punctuation, literary devices, and sentence structure. Clear instructions help you integrate the proven Caught'ya! approach easily into your classroom. And for your convenience, the supplemental CD contains the Caught'ya! sentences formatted in Word for duplication, along with writing suggestions and activities, a complete and easy-to-use grammar reference with examples and teaching tips, and other helpful tools. 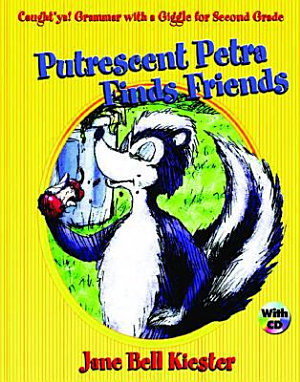 With Putrescent Petra Finds Friends, second-grade students will have fun learning vocabulary and practicing punctuation, capitalization, verb tenses, and paragraphing skills as they follow the adventures of a skunk who befriends a classroom. Clear instructions help you integrate the proven Caught'ya approach easily into your classroom. And for your convenience, the supplemental CD contains the Caught'ya sentences formatted in Word for duplication, along with writing suggestions and activities, a complete and easy-to-use grammar reference with examples and teaching tips, and other helpful tools. 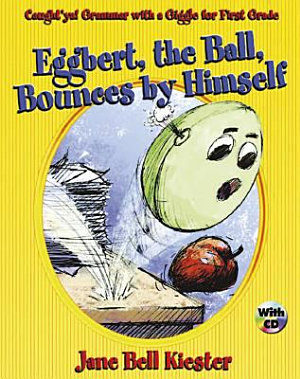 "As Eggbert, an adventurous ball, bounces his way into some very strange places, your first-graders get practice with basic punctuation, spelling, and phonics. Story sentences on the CD are formatted one to a page so you can duplicate them easily or print them out as editing journals for your students. The cloze technique used throughout provides practice with consonant blending and diphthongs. For your convenience, the included supplemental CD contains the Caught'ya sentences formatted in Word for duplication, along with writing suggestions and activities, a complete and easy-to-use grammar reference with examples and teaching tips, and other helpful tools." 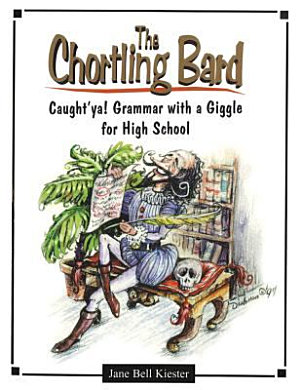 Good grief! Is nothing sacred? Jane Bell Kiester transforms Shakespeare's Twelfth Night, A Midsummer Night's Dream, and Much Ado about Nothing into the best way ever to teach grammar, mechanics, vocabulary, and usage to high school students. Easy to adapt to your specific needs, this fun resource gives you three years' worth of sentences, final tests with answer keys, literary devices, daily vocabulary words, lesson plans, a handy grammar reference, and a mix-and-match menu of Elizabethan swear words. Created especially to meet the needs of high school teachers and students. By the author of Caught'ya Grammar with a Giggle, and Caught'ya Again! More Grammar with a Giggle, . 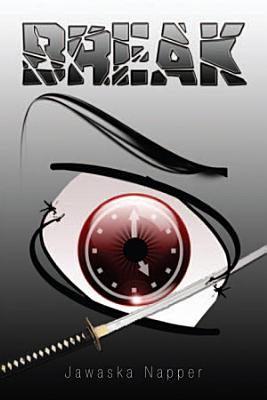 Lockdown has been a constant reminder to the citizens of Undar City. Jon Lockhart faces the difficulties of enforcing such a strict law upon people who claim to be victims. When the rookie cop finds himself crossing paths with an amnesic newcomer the two find themselves struggling to overcome the other’s strong will. What Jon soon realizes about this mysterious newcomer is that he comes equip with friends packing guns and the ability to control time itself. Taxed with putting a halt to the time controlling rebels, Jon must also attempt to unravel the puzzling history behind Lockdown’s existence. Whoever said time was of the essence...they were right! 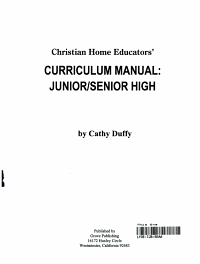 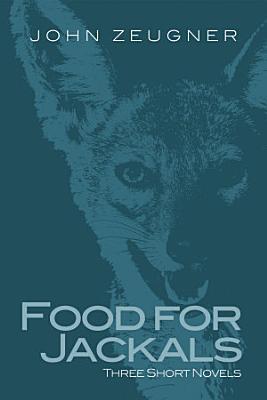 These novellas track three meaning-making, moral skirmishes: a thickening tennis pro on the Florida-New York teaching circuit grapples with weakening personal commitments and a fading serve; a dispirited short-term Coast Guard reservist struggles with the ambiguity of an accidental murder on an icebreaker heading to the arctic; and an American vacuum sewers entrepreneur and a local archeologist explore the exploitation of women, art, and sexual comedy in Venice, Italy. 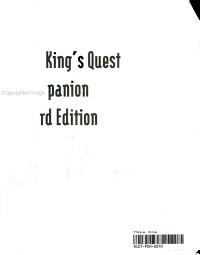 Back by popular demand, The King's Quest Companion has been revised to cover the new game VI in the King's Quest series of fantasy medieval computer games. Spear tells the story of the King's Quest in a fictional narrative that is packed with answers to all six of these convoluted and intriguing games. Illustrated. 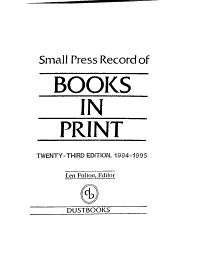 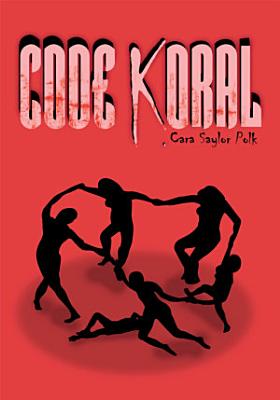 Code Koral takes you inside secret operations of the intelligence worlds of the 1970s in both the United States and Russia where both balance on the edge of perestroika. There is a new world order waiting in the wings. Ironically, it is the would-be defecting Wings of the Soviet ice hockey team on center stage. The players become like puppets and the double-dealing puppet-masters vie for who can pull the strings. Careers, consciences and lives are on Red Alert. When the reward for loyalty is betrayal, freedom itself is in danger of being put on ice. 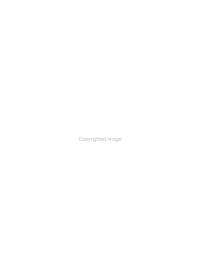 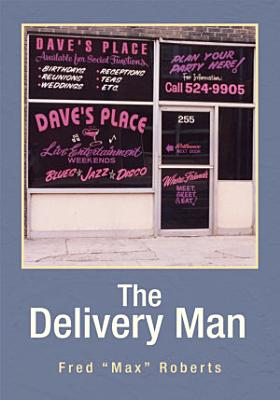 Dave Smith, a proud 48 year-old African-American man in an interracial marriage, grew up poor in North Carolina, and hes poor today. But there was a time he almost had it all.... Five years earlier, seeking his share of the American Dream, Dave tried his hand at entrepreneurship and sank every penny he and his wife owned into Daves Bar, a former barbershop on Atlantas historic Auburn Avenue. The business flourished, and he believed hed finally achieved his Dream. He bought his wife, Linda, expensive presents, and sent her on luxurious vacations while he stayed behind to watch over the bar. There was little choice there, since the bars Auburn Avenue location attracted an eclectic but motley crew of customers who always required a close eye, as well as the occasional bartender who either stole or shared the bars alcoholic bounty with their family and friends. Life is marvelous, Dave thought. And life was terrific . . . until a swanky new competitor opened across the street. Within a few short months, Daves Bar became a statistic. Now, six months later, unemployed and with the big Five-O fast creeping up on him, Dave reads the want ads in the local newspaper and fends off his wifes frequent worried questions. Within four months, he quits two jobs he feels are beneath him. Money worries stress his marriage to the point of open conflict. As the bills mount, so does the tension. Linda, a Southern Belle and an assertive buxom blonde, is as supportive as shes able to be, but is fast losing patience. The manager of a staffing agency, shes the only one bringing home the bacon right now. Fed up with chiding Dave for not trying harder to find steady work, she offers him an entry-level job with her company. He doesnt want a job his wife found for him, plus he doesnt like or trust her boss, Charlie, a rich playboy Linda dated before they were married. Deeply conflicted over what life even means anymore, his marriage strained to breaking, Dave leaves to visit his family in North Carolina, hoping to find answers to the unanswerable. The Delivery Man is a coming-to-middle age story populated by eccentric, fascinating characters and a window into whether a man can reclaim the good life he once knew before its too late.