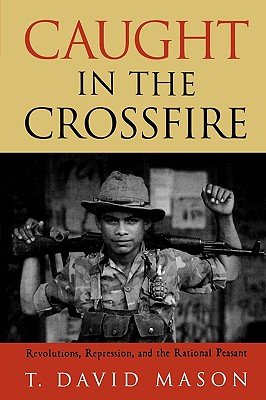 The puzzle of revolution in the Third World -- Theories of revolution : the evolution of the field -- Dependent development and the crisis of rural stability -- Mobilizing peasant social movements -- The response of the state : reform or repression? -- State repression and the escalation of revolutionary violence -- Win, lose, or draw : how civil wars end -- Reform, repression, and revolution in El Salvador -- Peruvian land reform the rise of Sendero Luminoso -- The future of revolutions in the countryside : globalization, democratization, and peacekeeping. 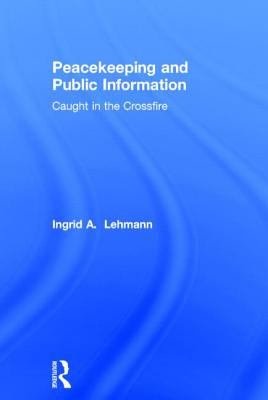 Ms Lehmann has provided a timely and challenging prescription for just how the goals of placing communication functions at the heart of the strategic management of the UN might be achieved - and a dramatic warning of the consequences of failing to do so.

The deadliest Glasgow gang war of a generation—between the Daniel and Lyons families—was sparked by an opportunistic cocaine theft that unleashed a decade of murderous violence. Homes were firebombed while children slept, families were ripped apart, and witnesses forced into protection. The explosive story of what happened as the Daniel-Lyons feud spiraled out of control and engulfed an entire community, this book chronicles the death of 21-year-old Michael Lyons at a north Glasgow garage, the shooting in broad daylight outside a suburban supermarket, and the desecration of eight-year-old cancer victim Garry Lyons’s grave—a sickening low. Chronicling the efforts of a band of parents who made a brave stand against allowing their community center to be used as the Lyons’s gang hut, this book demonstrates how their coalition won the battle against violence and intimidation and exposed a shocking and murky nexus between police officers, politicians, and the underworld. 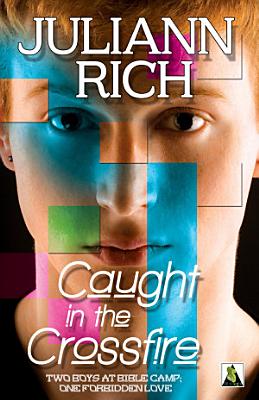 Two boys at Bible camp; one forbidden love. That is the dilemma sixteen-year-old Jonathan Cooper faces when he goes away to Spirit Lake Bible Camp, an oasis for teen believers situated along Minnesota's rugged north shore. He is expecting a summer of mosquito bites, bonfires with S'mores, and photography classes with Simon, his favorite counselor, who always helps Jonathan see his life in perfect focus. What he isn't expecting is Ian McGuire, a new camper who openly argues against phrases like pray the gay away. Ian is certain of many things, including what could happen between them if only Jonathan could surrender to his feelings. Jonathan, however, tosses in a storm of indecision between his belief in God and his inability to stay away from Ian. When a real storm hits and Ian is lost in it, Jonathan is forced to make a public decision that changes his life. 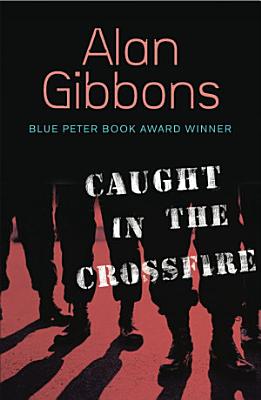 Set in a Northern town, where right-wingers are determined to stir up hatred and racial prejudice, CAUGHT IN THE CROSSFIRE is about six teenagers whose lives are woven together by a series of shocking and tragic events. A British Muslim brother and sister, two Irish brothers who take different sides, and two lads out looking for trouble: all of them get caught in the crossfire. Inspired by the Oldham riots and the events of September 11th, this is a book that needed to be written. It is a chilling account of what is happening in Britain today, but as always Alan Gibbons writes with humour and understanding and is utterly on the wavelength of his many readers. 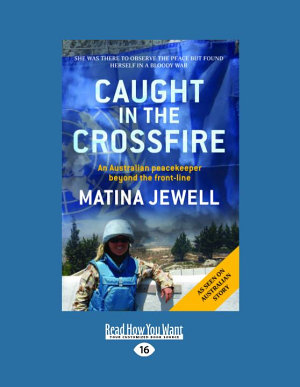 This is a story of idealism and heroism; of romance and terrifying drama. 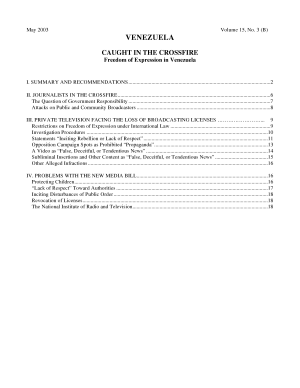 Traces the life of one of America's greatest guitarists, from his early years in the Texas music scene, his rivalry with his brother Jimmie, and his battles with drugs and alcohol, to his tragic death in 1990. 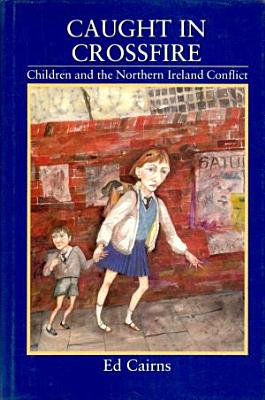 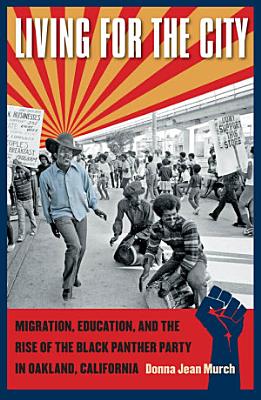 In this nuanced and groundbreaking history, Donna Murch argues that the Black Panther Party (BPP) started with a study group. Drawing on oral history and untapped archival sources, she explains how a relatively small city with a recent history of African American settlement produced such compelling and influential forms of Black Power politics. During an era of expansion and political struggle in California's system of public higher education, black southern migrants formed the BPP. In the early 1960s, attending Merritt College and other public universities radicalized Huey Newton, Bobby Seale, and many of the young people who joined the Panthers' rank and file. In the face of social crisis and police violence, the most disfranchised sectors of the East Bay's African American community--young, poor, and migrant--challenged the legitimacy of state authorities and of an older generation of black leadership. By excavating this hidden history, Living for the City broadens the scholarship of the Black Power movement by documenting the contributions of black students and youth who created new forms of organization, grassroots mobilization, and political literacy. 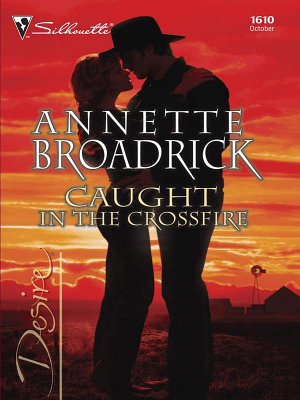 Busted! And in only boxer briefs in the bed of a senator's daughter! Despite no memory of their night together, Jared Crenshaw knew that nothing had happened. Heck, Lindsey Russell was still wearing a neck-to-toe nightgown. And Jared knew that had he tasted this woman's passion, not even amnesia could make him forget. Still, there was the appearance of a Texas-size scandal…. So, Jared married Lindsey to do right by her. And their first time in the marriage bed confirmed what Jared suspected: he'd never been with this woman because she'd never been with any man. Clearly, he'd been set up, albeit sweetly so. Now, it was simply a matter of figuring out who…and why. 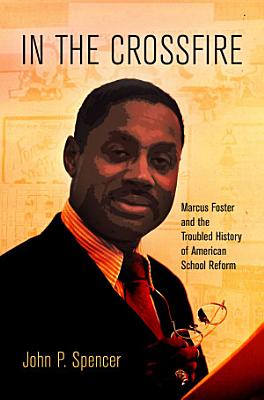 As media reports declare crisis after crisis in public education, Americans find themselves hotly debating educational inequalities that seem to violate their nation's ideals. Why does success in school track so closely with race and socioeconomic status? How to end these apparent achievement gaps? In the Crossfire brings historical perspective to these debates by tracing the life and work of Marcus Foster, an African American educator who struggled to reform urban schools in the 1960s and early 1970s. As a teacher, principal, and superintendent—first in his native Philadelphia and eventually in Oakland, California—Foster made success stories of urban schools and children whom others had dismissed as hopeless, only to be assassinated in 1973 by the previously unknown Symbionese Liberation Army in a bizarre protest against an allegedly racist school system. Foster's story encapsulates larger social changes in the decades after World War II: the great black migration from South to North, the civil rights movement, the decline of American cities, and the ever-increasing emphasis on education as a ticket to success. Well before the accountability agenda of the No Child Left Behind Act or the rise of charter schools, Americans came into sharp conflict over urban educational failure, with some blaming the schools and others pointing to conditions in homes and neighborhoods. By focusing on an educator who worked in the trenches and had a reputation for bridging divisions, In the Crossfire sheds new light on the continuing ideological debates over race, poverty, and achievement. Foster charted a course between the extremes of demanding too little and expecting too much of schools as agents of opportunity in America. He called for accountability not only from educators but also from families, taxpayers, and political and economic institutions. His effort to mobilize multiple constituencies was a key to his success—and a lesson for educators and policymakers who would take aim at achievement gaps without addressing the full range of school and nonschool factors that create them. 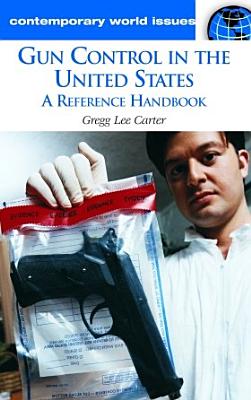 This balanced, objective examination of the gun control debate in America gives the general reader access to contemporary research on both sides of the argument. * A chronology of gun control, including key legislation, court decisions, and historical events * An annotated bibliography points readers to reliable additional print and nonprint resources