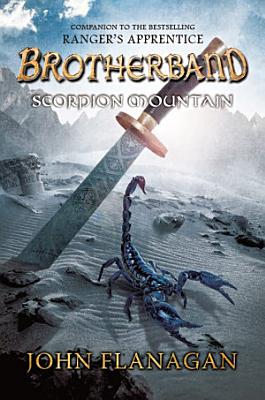 Scorpion Mountain is the fifth book in the Brotherband series, from the author of the internationally bestselling Ranger's Apprentice. King Duncan of Araluen has an urgent mission for Hal and the Heron Brotherband. One assassination attempt on Princess Cassandra was foiled. But the killers won’t be satisfied until they have fulfilled their honour-bound duty. The Herons, along with Ranger Gilan, set off for Arrida. There they must track the cult of killers across the desert, and infiltrate the cult’s mountain lair to find their leader – and stop him. But the giant assassin isn’t the only threat they will face. There is a seaside battle looming, and the Herons are called upon to help an old friend of Araluen in his fight. Trapped in an unfamiliar land, their forces split between searing hot land and treacherous seas, can the Herons complete their mission – before the killers find their royal target? Perfect for fans of J.R.R. Tolkien’s Lord of the Rings, T.H. White’s The Sword in the Stone, Christopher Paolini’s Eragon series and Rick Riordan’s Percy Jackson series. 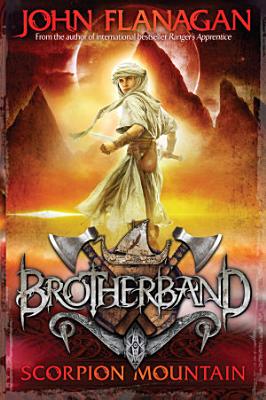 When the worlds of Ranger's Apprentice and Brotherband cross over, action and adventure are guaranteed! King Duncan of Araluen has an urgent mission for Hal and the Heron brotherband. One assassination attempt on his daughter Cassandra was foiled - but the would-be killers are from the deadly Scorpion cult, and they won't be satisfied until they have completed their task. The Herons team up with Ranger Gilan to track the killers across the deserts of Arrida and infiltrate their mountain lair. But the Scorpion assassins are not the only threat the brotherband will face. A seaside battle is looming, and the Herons are called upon to help an old friend of Araluen in his fight. With their forces split between searing land and treacherous seas, can the brotherband complete their mission - before the killers find their royal target? 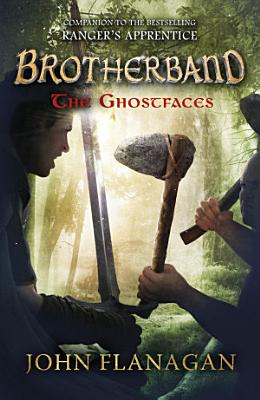 From John Flanagan, author of the worldwide bestselling Ranger's Apprentice, comes a brand-new chapter in the adventures of young Skandians who form a different kind of family - a brotherband. When the Brotherband crew are caught in a massive storm at sea, they’re blown far off course and wash up on the shores of a land so far west that Hal can’t recognize it from any of his maps. Eerily, the locals are nowhere in sight, yet the Herons have a creeping feeling they are being watched. Suddenly the silence is broken when a massive, marauding bear appears, advancing on two children. The crew springs into action and rescues the children from the bear’s clutches, which earns them the gratitude and friendship of the local Mawagansett tribe, who finally reveal themselves. But the peace is short-lived. The Ghostfaces, a ruthless, warlike tribe who shave their heads and paint their faces white, are on the warpath once more. It’s been ten years since they raided the Mawagansett village, but they’re coming back to pillage and reap destruction. As the enemy approaches, the Herons gear up to help their new friends repel an invasion. In this sixth book in the action-packed Brotherband Chronicles, the Herons find themselves in unfamiliar lands and prepare for battle with a ruthless, unknown enemy. 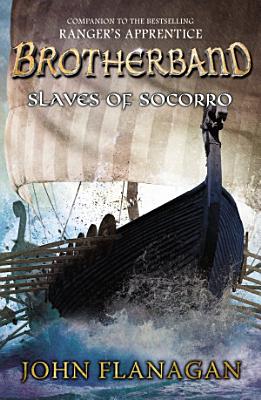 The fourth installment in the New York Times bestselling Brotherband series, for fans of Lord of the Rings and Game of Thrones Hal and his fellow Herons have returned home to Skandia after defeating the pirate captain Zavac and reclaiming Skandia's most prized artifact, the Andomal. With their honor restored, the Herons turn to a new mission: tracking down an old rival turned bitter enemy. Tursgud—leader of the Shark Brotherband and Hal's constant opponent—has turned from a bullying youth into a pirate and slave trader. After Tursgud captures twelve Araluen villagers to sell as slaves, the Heron crew sails into action . . . with the help of one of Araluen's finest Rangers! From the Trade Paperback edition.

Five years have passed since the Skandians and the Araluans made their treaty, and Will has finally become a Ranger, with his own fief to look after. He soon learns that even sleepy little island fiefs have problems to keep him on his toes.Then he and his old friend Alyss are thrown into a terrifying new adventure, investigating the truth behind rumours of sorcery in a remote northern fief. As he stands in Grimsdell Forest, hearing eerie voices and seeing the horrific figure of the Night Warrior looming in the fog, Will must ask himself one question: is there a rational explanation... or does sorcery really exist? 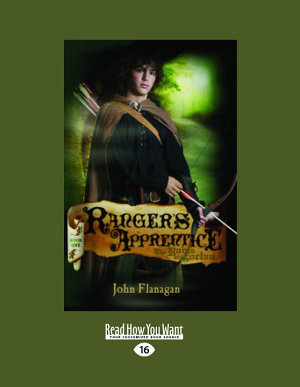 Will is small for his age, but agile and energetic. All his life, he has longed to be a warrior and to follow in the footsteps of the father he never knew, so he is devastated when he is rejected as an apprentice to Castle Redmont's Battle school. He's no happier when he's assigned instead to the Ranger Corps, the Kingdom's secret service, as the Rangers are a mysterious group whose uncanny ability to move about unseen is thought by many to be the result of black magic. Will begins training under the dour and enigmatic Halt, and reluctantly learns all the field craft and archery he will need to become a fully-fledged Ranger. But Will soon finds himself needing all his new-found skills as he and Halt set off on a desperate mission to prevent the assassination of the King. 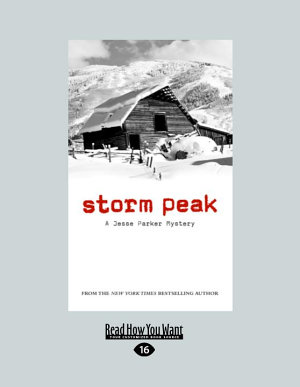 Jesse Parker, ex-Denver police detective, has returned to his hometown of Steamboat Springs, Colorado, to spend the winter working the ski patrol and taking it easy. But he is reluctantly dragged back into a world of violence and murder when a serial killer begins a killing spree in the sleepy ski town. The town's popular sheriff, Lee Torrens, asks Jesse to help her out with the investigation as the killer continues to stalk the town, leaving little clue as to his motive. Are the murders random acts of a psychopath, or a cold, calculated escalation of terror? As the two friends work together, the embers of an old union reignite, but the growing notoriety of the Silver Bullet Killer brings complications that will shake the foundations of the small town. No-one is safe. John A Flanagan is the author of the internationally best-selling Ranger's Apprentice series. Storm Peak is the first book featuring Jesse Parker