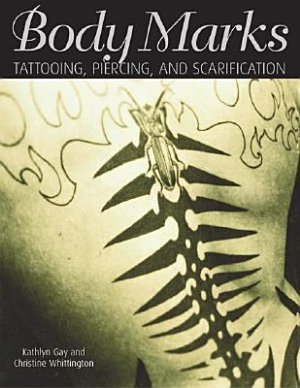 Discusses the history of various forms of body marking, current popularity of body piercing and tattoos, how and why these are done, and some things to think about before choosing to be pierced or tattooed.

A major investigation into the rich history and ambiguous status of body art, this study surveys varied forms of corporeal writing, imprinting and marking in France in the early modern period. Author Katherine Dauge-Roth demonstrates that the rise in the importance of body marks from the late 16th century through to the early 18th century can be understood only in relationship to the growing development of written and print culture and a specifically early modern science of signs. 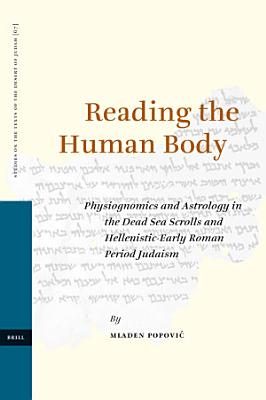 Offering new reconstructions and interpretations of physiognomic and astrological texts from Qumran in comparison with Babylonian and Greco-Roman texts, this book gives a fresh view of their sense, function, and status within both the Qumran community and Second Temple Judaism. 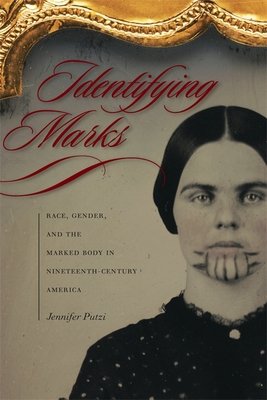 What we know of the marked body in nineteenth-century American literature and culture often begins with The Scarlet Letter's Hester Prynne and ends with Moby Dick's Queequeg. This study looks at the presence of marked men and women in a more challenging array of canonical and lesser-known works, including exploration narratives, romances, and frontier novels. Jennifer Putzi shows how tattoos, scars, and brands can function both as stigma and as emblem of healing and survival, thus blurring the borderline between the biological and social, the corporeal and spiritual. Examining such texts as Typee, Uncle Tom's Cabin, Captivity of the Oatman Girls, The Morgesons, Iola Leroy, and Contending Forces, Putzi relates the representation of the marked body to significant events, beliefs, or cultural shifts, including tattooing and captivity, romantic love, the patriarchal family, and abolition and slavery. Her particular focus is on both men and women of color, as well as white women-in other words, bodies that did not signify personhood in the nineteenth century and thus by their very nature were grotesque. Complicating the discourse on agency, power, and identity, these texts reveal a surprisingly complex array of representations of and responses to the marked body--some that are a product of essentialist thinking about race and gender identities and some that complicate, critique, or even rebel against conventional thought. 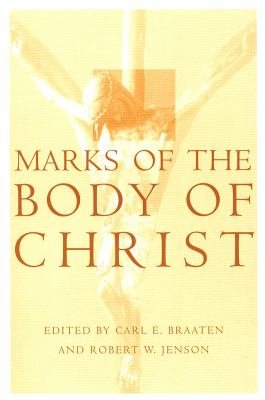 Martin Luther once listed seven "marks" of the church-those defining ecclesial features that show where the true church is to be found. This insightful volume brings together essays by ten leading Catholic, Episcopal, Lutheran, Methodist, and Orthodox theologians, each analyzing one of the seven traditional marks of the church and discussing how it is found, or not found, in today's churches. Writing about each "mark" of the church are these scholars: Gerhard O. Forde and Richard Lischer on proclamation; Susan K. Wood and John H. Erickson on baptism; K. Paul Wesche and Richard A. Norris Jr. on the eucharist; David S. Yeago on the office of the Keys; Carl E. Braaten on ordination; Robert W. Jenson on catechesis; and William J. Abraham on discipleship. The picture of contemporary church life that is developed by these authors is grim, but their analyses and practical suggestions are both constructive and necessary. 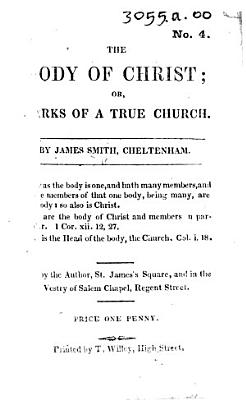 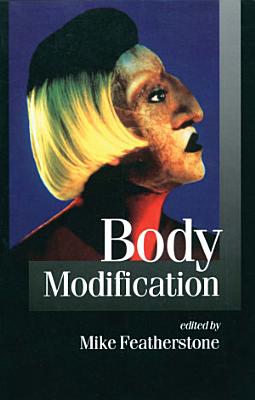 This fascinating collection explores the growing range of body modification practices such as piercing, tattooing, branding, cutting and inserting implants, which have sprung up recently in the West. It asks whether this implies that we are returning to traditional tribal practices of inscribing identities onto bodies on the part of 'modern primitives', or is body modification better understood as purely cosmetic and decorative with body markings merely temporary signs of transferable loyalties? Contributors address the question of the permanence of body transformation through fitness regimes and body building; look at the French performance artist Orlan and the Australian performance artist Stelarc who explored Western standard o 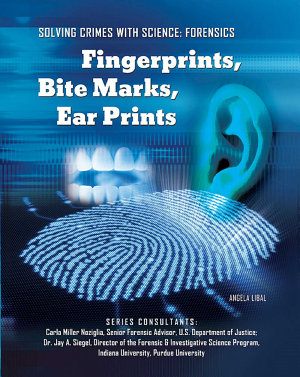 Welcome to the exciting world of forensic science, where every contact leaves a trace! This book shows how real-life detectives solve crimes with human signposts: fingerprints, the most well-known human indentifying mark; as well as newer technologies, like bite mark matching; and controversial new evidence, such as ear prints. Prepare yourself for a wild ride through some of the most shocking and mysterious crimes of history, the twentieth century, and today...you may never look at your fingertips the same way again! 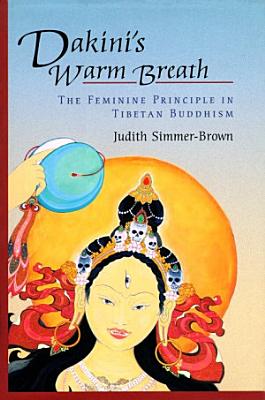 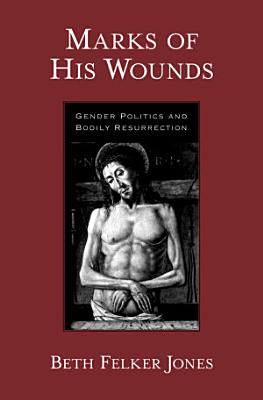 It is a central tenet of Christian theology that we will be resurrected in our bodies at the last day. But we have been conditioned, writes Beth Felker Jones, to think of salvation as being about anything but the body. We think that what God wants for us has to do with our thoughts, our hearts, or our interior relationships. In popular piety and academic theology alike, strong spiritualizing tendencies influence our perception of the body. Historically, some theologians have denigrated the body as an obstacle to sanctification. This notion is deeply problematic for feminist ethics, which centers on embodiment. Jones's purpose is to devise a theology of the body that is compatible with feminist politics. Human creatures must be understood as psychosomatic unities, she says, on analogy with the union of Christ's human and divine natures. She offers close readings of Augustine and Calvin to find a better way of speaking about body and soul that is consonant with the doctrine of bodily resurrection. She addresses several important questions: What does human psychosomatic unity imply for the theological conceptualization of embodied difference, especially gendered difference? How does embodied hope transform our present bodily practices? How does God's momentous "yes" to the body, in the Incarnation, both judge and destroy the corrupt ways we have thought, produced, constructed, and even broken bodies in our culture, especially bodies marked by race and gender? Jones's book articulates a theology of human embodiment in light of resurrection doctrine and feminist political concerns. Through reading Augustine and Calvin, she points to resources for understanding the body in a way that coheres with the doctrine of the resurrection of the flesh. Jones proposes a grammar in which human psychosomatic unity becomes the conceptual basis for sanctification. Using gender as an illustration, she interrogates the difference resurrection doctrine makes for holiness. Because death has been overcome in Christ's resurrected body, human embodiment can bear witness to the Triune God. The bodily resurrection makes sense of our bodies, of what they are and what they are for. 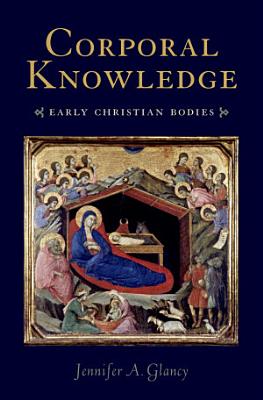 At the heart of the Christian proclamation is the problematic body of Jesus: problematic because His crucified form conveyed shame rather than glory, problematic because Christian communities argued about whether Jesus' body shared in the corruptible and tactile qualities of other human bodies. Jesus' message-bearing body is not the only storytelling body we encounter in early Christian writings. Paul, for example, invited recipients of his letters to read the gospel story in his scarredbody. In the second and early third centuries, Christians argued about the perpetual virginity of the body of Mary, the mother of Jesus, and those on both sides of the question saw Mary's body as a meaningful, expressive matrix. Jennifer Glancy argues that ordinary Christians, like others in the Roman Empire, saw all human bodies as expressing such things as social status and gender, honor and abjection. All human bodies were matrices of communication. Glancy draws on a variety of theoreticalapproaches, particularly the practice-oriented theory of Pierre Bourdieu and the corporal phenomenology of Maurice Merleau-Ponty, to explore what early Christians understood bodies to communicate. Among the specific examples she considers are those of Jesus, Mary, and Paul, those of the entire class of people held in slavery, and those subjected to torture. 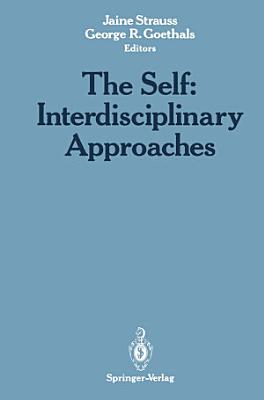 A truly remarkable explosion of interest in the self has taken place in the past two decades, in psychology and related disciplines. This book presents a wide range of recent work on the self, from self-awareness in chimpanzees to multiple-personality disorders, self-esteem in adolescents, as well as fundamental issues going back to the work of James, Cooley and others. Three main groups or clusters of themes emerge. The first cluster consists of chapters that discuss the organization and coherence of the self; the second one deals with self-awareness and self-deception; and the third one examines, in new ways, the question of the relationship between self and other. While it is difficult to predict exactly where future work on the self will lead scholars, this work points in some significant directions and provides a firm reference in the field. 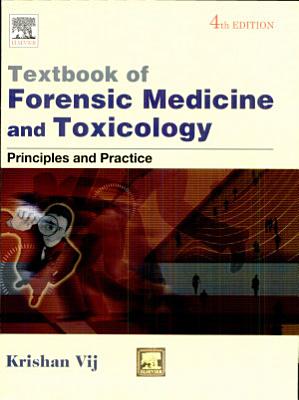 The book is a comprehensive and authoritative exposition of Forensic Medicine and Toxicology. It provides precise and useful information on relevant legal provisions and forensic anatomy, and promotes interdisciplinary understanding of issues where law an medicine converge. The text is oriented towards the practical problems ncountered during day-to-day medicollegal work. About the Author : - Krishnan Vij, MD, L.L.B. is Professor and Head, Department of Forensic Medicine and Toxicology, Government Medical College & Hospital, Chandigarh, India. 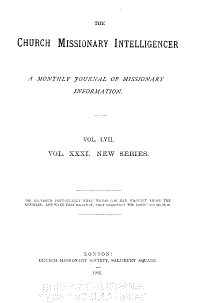