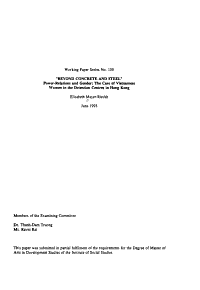 In most refugee contexts the critical need for 'protection' is very real. This study focuses on Vietnamese asylum seekers in detention centres in Hong Kong. Particular attention is paid to Vietnamese women and the forms of suffering they endure because of their gender identity. The author aptly discloses the social, economic and cultural constructions which nurture what ought to be considered an embarrassing status quo and she proposes that a relationship exists between the violence Vietnamese women in detention have to endure and the imbalance of power-sharing. The origins of such violence are said to be the functions of the institutions set up for asylum seekers and reflect the cultural norms regarding women as possessions of men. The author sees listening to the voices of the Vietnamese asylum seekers in general and women in particular as a first step to improve their rights and increase their choices. Hence she links self-empowerment of people to understanding of their interests, concerns and needs as well as becoming aware of their resources. Follow-up in the form of a second step must then be dedicated to efforts that make the voices of Vietnamese men, women and children in detention in Hong Kong heard. Such action, the author concludes, might press the international community to respond by working towards a legal and humanitarian framework for asylum seekers and their particular needs that go beyond 'Concrete and Steel'. 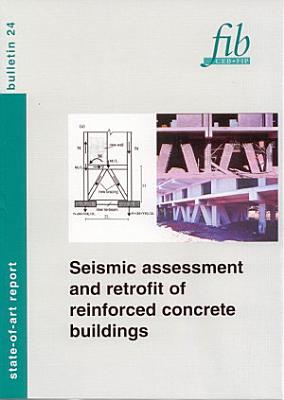 In most parts of the developed world, the building stock and the civil infrastructure are ageing and in constant need of maintenance, repair and upgrading. Moreover, in the light of our current knowledge and of modern codes, the majority of buildings stock and other types of structures in many parts of the world are substandard and deficient. This is especially so in earthquake-prone regions, as, even there, seismic design of structures is relatively recent. In those regions the major part of the seismic threat to human life and property comes from old buildings. Due to the infrastructure's increasing decay, frequently combined with the need for structural upgrading to meet more stringent design requirements (especially against seismic loads), structural retrofitting is becoming more and more important and receives today considerable emphasis throughout the world. In response to this need, a major part of the fib Model Code 2005, currently under development, is being devoted to structural conservation and maintenance. More importantly, in recognition of the importance of the seismic threat arising from existing substandard buildings, the first standards for structural upgrading to be promoted by the international engineering community and by regulatory authorities alike are for seismic rehabilitation of buildings. This is the case, for example, of Part 3: Strengthening and Repair of Buildings of Eurocode 8 (i. e. of the draft European Standard for earthquake-resistant design), and which is the only one among the current (2003) set of 58 Eurocodes attempting to address the problem of structural upgrading. It is also the case of the recent (2001) ASCE draft standard on Seismic evaluation of existing buildings and of the 1996 Law for promotion of seismic strengthening of existing reinforced concrete structures in Japan. As noted in Chapter 1 of this Bulletin, fib - as CEB and FIP did before - has placed considerable emphasis on assessment and rehabilitation of existing structures. The present Bulletin is a culmination of this effort in the special but very important field of seismic assessment and rehabilitation. It has been elaborated over a period of 4 years by Task Group 7.1 Assessment and retrofit of existing structures of fib Commission 7 Seismic design, a truly international team of experts, representing the expertise and experience of all the important seismic regions of the world. In the course of its work the team had six plenary two-day meetings: in January 1999 in Pavia, Italy; in August 1999 in Raleigh, North Carolina; in February 2000 in Queenstown, New Zealand; in July 2000 in Patras, Greece; in March 2001 in Lausanne, Switzerland; and in August 2001 in Seattle, Washington. In October 2002 the final draft of the Bulletin was presented to public during the 1st fib Congress in Osaka. It was also there that it was approved by fib Commission 7 Seismic Design. The contents is structured into main chapters as follows: 1 Introduction - 2 Performance objectives and system considerations - 3 Review of seismic assessment procedures - 4 Strength and deformation capacity of non-seismically detailed components - 5 Seismic retrofitting techniques - 6 Probabilistic concepts and methods - 7 Case studies 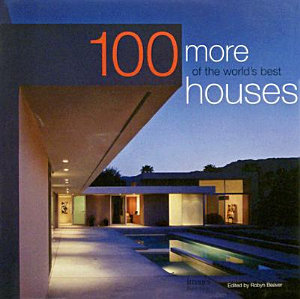 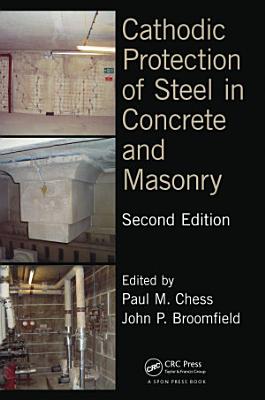 Revised and updated, this second edition of Cathodic Protection of Steel in Concrete and Masonry covers both reinforced concrete and masonry structures, describes in detail the overall design factors involved in cathodic protection (CP), and also provides a theoretical basis for why it works. It refers to the new European standard EN 12696 for cathodic protection where relevant. What’s new in the Second Edition: Updates techniques and methods Includes applications to new materials, and new examples Considers the virtues and drawbacks of CP Gives guidance on new practices, standards and their suitability Cathodic Protection of Steel in Concrete and Masonry, Second Edition describes the CP systems, and their history, structure, the choice of remediation or life enhancement, design, installation, performance measurement, and costs. It includes examples of corrosion induced damage, diagnostic techniques and preliminary studies to facilitate effective CP system design, the effects of CP on the metal surface. It also explores the early use of CP, the various impressed current anodes, power supply categories practical considerations, and design criteria for the use of CP as a means of enhancing durability. It is especially written for practicing civil engineer professionals. 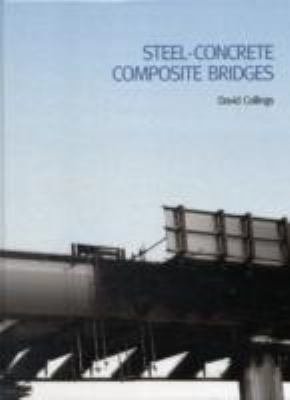 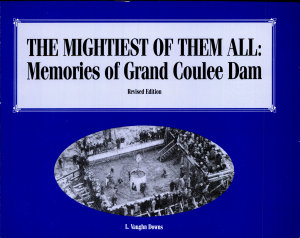 The Mightiest of Them All: Memories of Grand Coulee Dam presents the experiences of L. Vaughn Downs from the time he started working on the dam when it was in the design stage, through the construction period and into many years of actual dam operation and maintenance. He provides glimpses into the personalities connected with the project and explains the many techniques and pieces of equipment that were developed or improved as the dam was built. Downs also devotes considerable attention to problems they encountered and the solutions developed in the hope that others will learn from these situations. This revised edition brings the story up to the current period with an examination of the upkeep and condition of the dam after 50 years, and its prospects for the future. Engineers, architects, and interested general readers will feel the thrill of this extraordinary dam, as the informative text and bounty of photographs illustrate various stages of construction and the dramatic rates of progress attained. 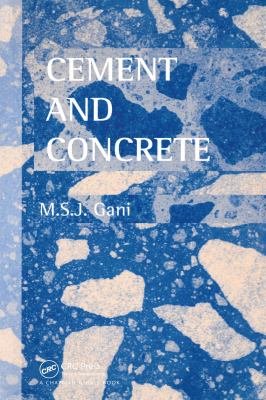 Cement and concrete are of great interest to the construction and civil engineering communities. This study provides an appreciation of the complex nature of these materials and a realization that most of the failures involving concrete constructions are preventable. 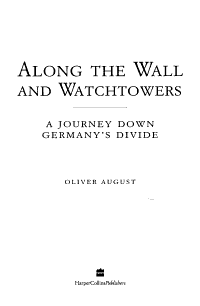 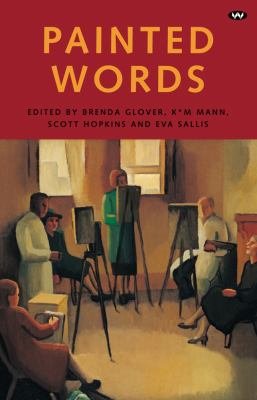 Collection by writers in the postgraduate course of Creative Writing at the University of Adelaide. 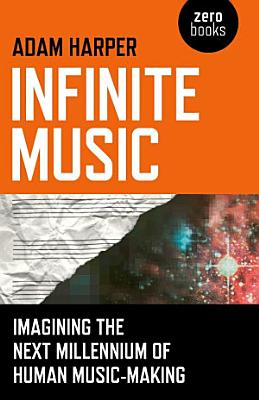 In the last few decades, new technologies have brought composers and listeners to the brink of an era of limitless musical possibility. They stand before a vast ocean of creative potential, in which any sounds imaginable can be synthesised and pieced together into radical new styles and forms of music-making. But are musicians taking advantage of this potential? How could we go about creating and listening to new music, and why should we? Bringing the ideas of twentieth-century avant-garde composers Arnold Schoenberg and John Cage to their ultimate conclusion, Infinite Music proposes a system for imagining music based on its capacity for variation, redefining musical modernism and music itself in the process. It reveals the restrictive categories traditionally imposed on music-making, replaces them with a new vocabulary and offers new approaches to organising musical creativity. By detailing not just how music is composed but crucially how it's perceived, Infinite Music maps the future of music and the many paths towards it. 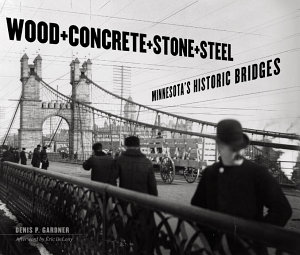 Like never before we are aware of the crucial place of bridges in our lives. The spans that warranted little notice are now at the forefront of public and political debate and we are reminded of the rich history-and the uncertain future-of bridging in Minnesota. Historian Denis P. Gardner documents and celebrates a wide range of the state’s rural and urban spans, telling the remarkable stories of their construction and impact on Minnesota life and culture. From Pratt trusses to bowstring arches, Wood, Concrete, Stone, and Steel describes nearly every bridge type found in Minnesota, including railroad spans, and features more than 225 illustrations of historical and extant bridges. Gardner details the development of engineering and construction innovations (complete with a guide to trusses) and traces the fascinating politics and personalities behind the task of creating and maintaining safe, and often beautiful, crossings. Through arresting photographs and lively narrative, Gardner makes a compelling argument for the value of preserving our bridges and the cultural heritage they carry and brings to life their importance in Minnesota’s past, present, and future. Denis P. Gardner is an award-winning historian who has documented properties for the National Register of Historic Places and the Historic American Engineering Record. He is the author of Minnesota Treasures: Stories behind the State’s Historic Places. Eric DeLony is former director of the Historic American Engineering Record. 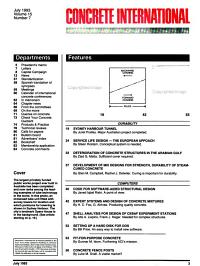 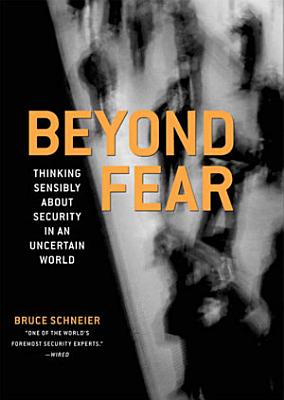 Opposing national ID cards but saying the online shopping is fundamentally safe, the author of "Applied Cryptography" invites readers to take a critical look at matters of security in a post 9/11 world.