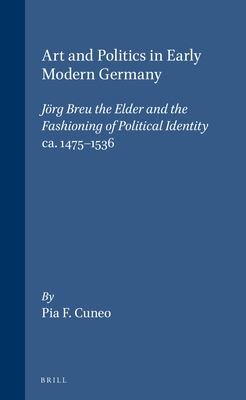 An exploration of the complex political dynamics of early modern Germany and on the manner in which art produced by Jorg Breu the Elder of Augsburg responded to those dynamics. 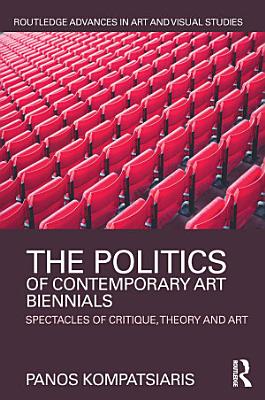 Contemporary art biennials are sites of prestige, innovation and experimentation, where the category of art is meant to be in perpetual motion, rearranged and redefined, opening itself to the world and its contradictions. They are sites of a seemingly peaceful cohabitation between the elitist and the popular, where the likes of Jeff Koons encounter the likes of Guy Debord, where Angela Davis and Frantz Fanon share the same ground with neoliberal cultural policy makers and creative entrepreneurs. Building on the legacy of events that conjoin art, critical theory and counterculture, from Nova Convention to documenta X, the new biennial blends the modalities of protest with a neoliberal politics of creativity. This book examines a strained period for these high art institutions, a period when their politics are brought into question and often boycotted in the context of austerity, crisis and the rise of Occupy cultures. Using the 3rd Athens Biennale and the 7th Berlin Biennale as its main case studies, it looks at how the in-built tensions between the domains of art and politics take shape when spectacular displays attempt to operate as immediate activist sites. Drawing on ethnographic research and contemporary cultural theory, this book argues that biennials both denunciate the aesthetic as bourgeois category and simultaneously replicate and diffuse an exclusive sociability across social landscapes. 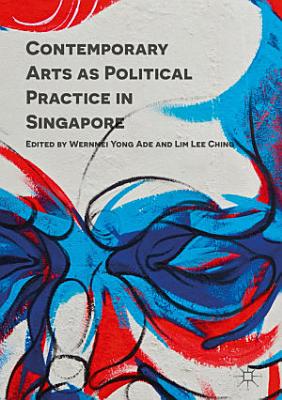 This timely collection examines the contemporary arts as political practice, offering critical insight into some of the more controversial talking points that have shaped Singapore’s identity as a nation. Focusing on the role played by contemporary arts in shaping Singapore’s political landscape as the country celebrated 50 years of independence in 2015, the authors consider how politics is often perceived as that which limits the flourishing of the arts. Contending that all art is political, and that all art form is a form of political practice, this collection examines ways in which the practice of art in Singapore redraws the boundaries that conventionally separate arts from politics. It critically examines the tenuous relationship between the arts and politics and offers a timely reevaluation of the relationship between the arts and politics. In doing so, it opens a dialogue between artistic practice and political practice that reinforces the mutuality of both, rather than their exclusivity, and redefines the concept of the political to demonstrate that political involvement is not a simple matter of partisan politics, but has an inherently aesthetic dimension, and aesthetics an inherently political one. 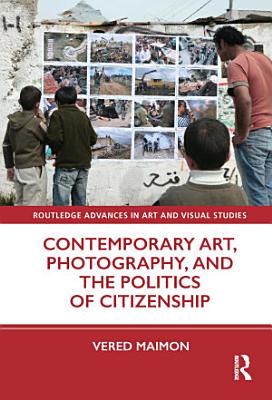 This book analyzes recent artistic and activist projects in order to conceptualize the new roles and goals of a critical theory and practice of art and photography. Vered Maimon argues that current artistic and activist practices are no longer concerned with the “politics of representation” and the critique of the spectacle, but with a “politics of rights” and the performative formation of shared yet highly contested public domains. The book thus offers a critical framework in which to rethink the artistic, the activist, and the political under globalization. The primary focus is on the ways contemporary artists and activists examine political citizenship as a paradox where subjects are struggling to acquire rights whose formulation rests on attributes they allegedly don't have; while the universal political validity of these rights presupposes precisely the abstraction of every form of difference, rights for all. The book will be of interest to scholars working in art history, contemporary art, photography theory, visual culture, cultural studies, critical theory, political theory, human rights, and activism. 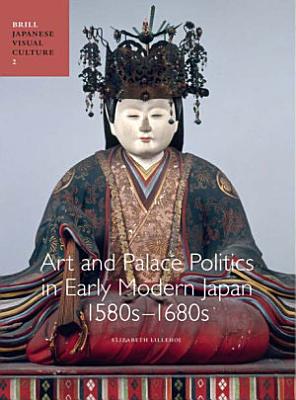 Magnificent art and architecture created for the emperor with the financial support of powerful warlords at the beginning of Japan’s early modern era (1580s-1680s) testify to the continued cultural and ideological significance of the imperial family. Works created in this context are discussed in this groundbreaking study, with over 100 illustrations in color. 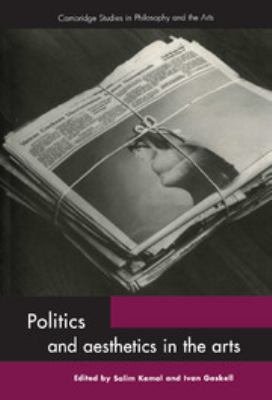 An interdisciplinary collection of essays exploring the interaction between politics and the arts. 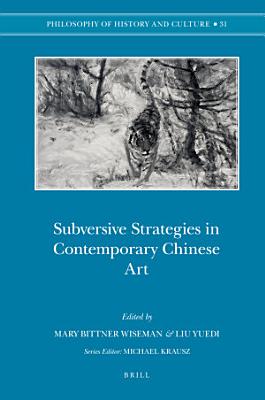 How contemporary Chinese art is creating “a philosophy of life, a philosophy of politics, and a natural philosophy,” as artist Qiu Zhijie says it must, is explored in this collection of essays by philosophers and art historians from America and China. 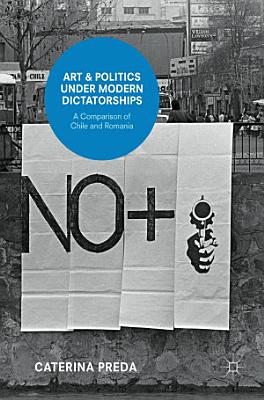 This book analyzes the relationship between art and politics in two contrasting modern dictatorships. Through a detailed look at the Chilean and Romanian dictatorships, it compares the different ways in which political regimes convey their view of the world through artistic means. It examines how artists help \ convey a new understanding of politics and political action during repressive regimes that are inspired by either communism or anti-communism (neoliberalism, traditionalist, conservative). This book demonstrates how artistic renderings of life during dictatorships are similar in more than one respect, and how art can help better grasp the similarities of these regimes. It reveals how dictatorships use art to symbolically construct their power, which artists can consolidate by lending their support, or deconstruct through different forms of artistic resistance. 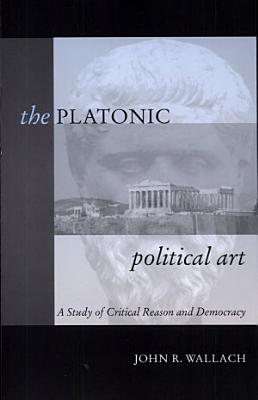 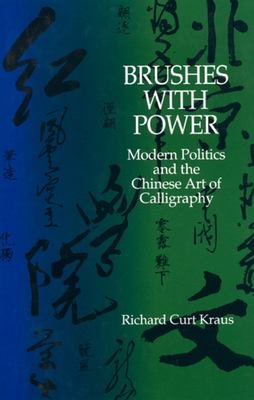 Explores the interplay of politics and the art of writing in China today to explain the complex relationship between tradition and modernity in Chinese culture. 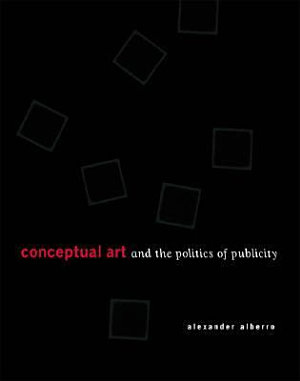 An examination of the origins and legacy of the conceptual art movement. 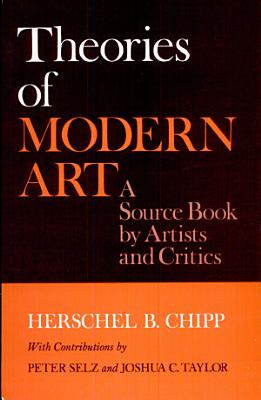 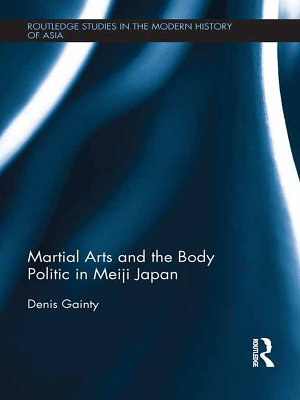 In 1895, the newly formed Greater Japan Martial Virtue Association (Dainippon Butokukai) held its first annual Martial Virtue Festival (butokusai) in the ancient capital of Kyoto. The Festival marked the arrival of a new iteration of modern Japan, as the Butokukai’s efforts to define and popularise Japanese martial arts became an important medium through which the bodies of millions of Japanese citizens would experience, draw on, and even shape the Japanese nation and state. This book shows how the notion and practice of Japanese martial arts in the late Meiji period brought Japanese bodies, Japanese nationalisms, and the Japanese state into sustained contact and dynamic engagement with one another. Using a range of disciplinary approaches, Denis Gainty shows how the metaphor of a national body and the cultural and historical meanings of martial arts were celebrated and appropriated by modern Japanese at all levels of society, allowing them to participate powerfully in shaping the modern Japanese nation and state. While recent works have cast modern Japanese and their bodies as subject to state domination and elite control, this book argues that having a body – being a body, and through that body experiencing and shaping social, political, and even cosmic realities – is an important and underexamined aspect of the late Meiji period. Martial Arts and the Body Politic in Meiji Japan is an important contribution to debates in Japanese and Asian social sciences, theories of the body and its role in modern historiography, and related questions of power and agency by suggesting a new and dramatic role for human bodies in the shaping of modern states and societies. As such, it will be valuable to students and scholars of Japanese studies, Japanese history, modern nations and nationalisms, and sport and leisure studies, as well as those interested in the body more broadly. 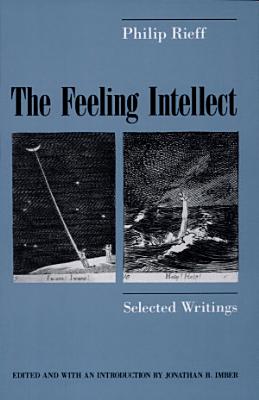 Collected here for the first time, these writings demonstrate the range and precision of Philip Rieff's sociology of culture. Rieff addresses the rise of psychoanalytic and other spiritual disciplines that have reshaped contemporary culture.