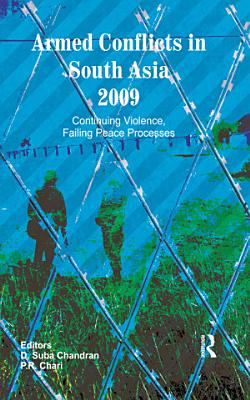 The essays in this volume are concerned with armed conflicts in South Asia and the conflict management efforts made to mitigate them. Articles in the volume study conflict management, look at the direction armed conflict is likely to take and provide a set of alternative measures that could be perused by the actors. It addresses five key issues: history of the armed conflict, identifying the principal actors of the conflict, describing the course of the conflict and its major trends, evaluating conflict management measures undertaken, if any, presenting appropriate conclusions. It also includes additional chapters on Naxalism and sectarian strife in Pakistan. Designed as an annual series, this important collection discusses India’s geo-strategic importance including its common borders with its neighbours; the psychological and economic costs of violence, and the problem of refugee migrants; treaties and ceasefire agreements signed across countries; the role of the UN and other peacekeeping forces; and the future of failed and failing democracies. The book makes an important contribution to analysing armed conflicts and conflict resolution. 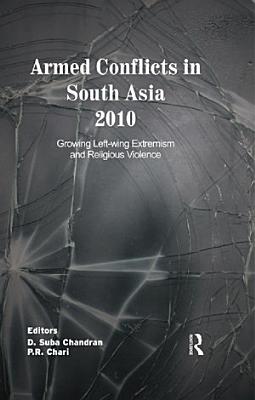 This book examines the major armed conflicts in South Asia. The articles study conflict management, look at the direction the armed conflict is likely to take and provide a set of alternative measures that could be pursued by the actors. Designed as an annual series, the articles provide a brief historical sketch of the emergence of armed conflict, outlining its various phases. This volume examines the various armed conflicts in South Asia in 2009 – in Afghanistan, FATA and NWFP, J&K, North-East India, Nepal and Sri Lanka, and sectarian and Naxalite violence in Pakistan and India respectively. The volume also includes an exclusive chapter on the continuing story of suicide terrorism in Pakistan. This important collection discusses India’s geo-strategic importance and its common borders with its neighbours; the psychological and economic costs of violence and the problem of refugee migrants; treaties, memorandums and ceasefire agreements signed over the past several years across countries; the role of the United Nations and other peacekeeping forces; and the future of failed and failing states. 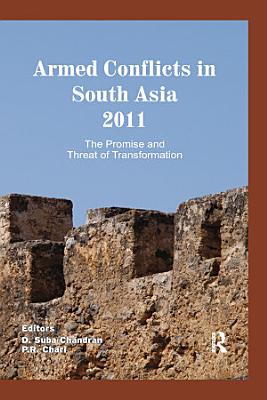 Fourth in the annual series, this volume reviews the transformative changes which have emerged in the armed conflicts in South Asia in 2010, several of these with long and convoluted histories, including the conflicts in Jammu & Kashmir, northeast India and the Naxalite movement in central India; as also issues of autonomy in Balochistan, the FATA region in Pakistan, the Chittagong Hill Tracts in Bangladesh, and the Terai foothills in Nepal. The book examines whether armed conflicts have transformed since their inception; or only metamorphosed into the sullen acceptance that could usher future violence. While conflicts in South Asia have been interspersed with peace efforts, the book looks at the complex trajectories that such attempts have taken. Specifically, it identifies three regions where most significant transformative trends were witnessed in South Asia in 2010: conflict-ridden Sri Lanka, Af-Pak and the Naxalite regions of India. 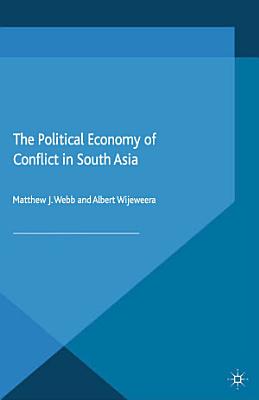 Destructive conflicts have thwarted growth and development in South Asia for more than half a century. This collection of multi-disciplinary essays examines the economic causes and consequences of military conflict in South Asia from a variety of perspectives embracing fiscal, social, strategic, environmental and several other dimensions. 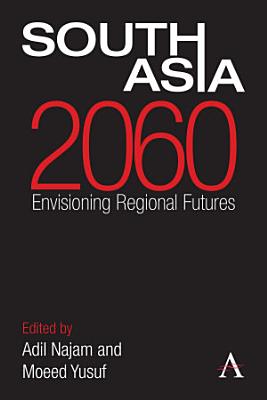 “South Asia 2060” is a dialogue among 47 experts from a diverse range of expertise and backgrounds, ranging from policymakers to academia to civil society activists and visionaries, on the likely longer-range trajectories of South Asia’s future. The collection explores current regional trends, possible future trajectories, and the key factors that will determine whether these trajectories are positive or negative for the region, as a region. Departing from a purely security-based analysis, the volume considers factors such as development and human well-being to reveal not what will happen but what could happen, as well as the impact present conditions could have on the rest of the world. 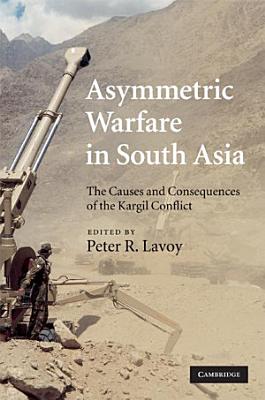 The 1999 conflict between India and Pakistan near the town of Kargil in contested Kashmir was the first military clash between two nuclear-armed powers since the 1969 Sino-Soviet war. Kargil was a landmark event not because of its duration or casualties, but because it contained a very real risk of nuclear escalation. Until the Kargil conflict, academic and policy debates over nuclear deterrence and proliferation occurred largely on the theoretical level. This deep analysis of the conflict offers scholars and policymakers a rare account of how nuclear-armed states interact during military crisis. Written by analysts from India, Pakistan, and the United States, this unique book draws extensively on primary sources, including unprecedented access to Indian, Pakistani, and U.S. government officials and military officers who were actively involved in the conflict. This is the first rigorous and objective account of the causes, conduct, and consequences of the Kargil conflict. 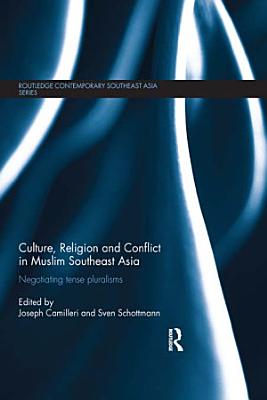 By examining the sometimes surprising and unexpected roles that culture and religion have played in mitigating or exacerbating conflicts, this book explores the cultural repertoires from which Southeast Asian political actors have drawn to negotiate the pluralism that has so long been characteristic of the region. Focusing on the dynamics of identity politics and the range of responses to the socio-political challenges of religious and ethnic pluralism, the authors assembled in this book illuminate the principal regional discourses that attempt to make sense of conflict and tensions. They examine local notions of "dialogue," "reconciliation," "civility" and "conflict resolution" and show how varying interpretations of these terms have informed the responses of different social actors across Southeast Asia to the challenges of conflict, culture and religion. The book demonstrates how stumbling blocks to dialogue and reconciliation can and have been overcome in different parts of Southeast Asia and identifies a range of actors who might be well placed to make useful contributions, propose remedies, and initiate action towards negotiating the region's pluralism. This book provides a much needed regional and comparative analysis that makes a significant contribution to a better understanding of the interfaces between region and politics in Southeast Asia. 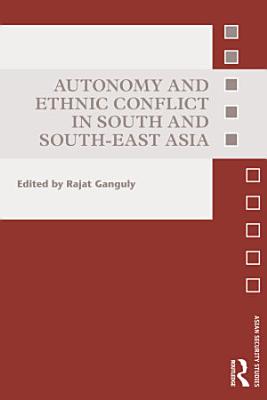 This book uses empirical evidence from various case studies to examine the relationship between territorial and regional autonomy, the nation-state and ethnic conflict resolution in South and South-East Asia. The concept of territorial or regional autonomy holds centre stage in the literature on ethnic conflict settlement because it is supposed to be able to reconcile two paradoxical objectives: the preservation of the territorial integrity and sovereignty of the state, and the satisfaction of ethnic minorities’ right to national self-determination. Critics argue, however, that autonomy may not be the panacea for ethnic conflict in all cases. The contributing authors begin with the concept of territorial or regional autonomy and subject it to a rigorous empirical analysis, which provides reliable evidence regarding the suitability of the autonomy solution to intractable ethnic conflicts. Drawing upon case studies from Kashmir, Assam, Sri Lanka, Aceh, Mindanao and Southern Thailand, this edited volume argues that autonomy arrangements may at best work to resolve only a handful of separatist ethnic conflicts in South and South-East Asia. This book will be of much interest to students of South and South-East Asia, Asian security, ethnic conflict, peace studies and IR in general. 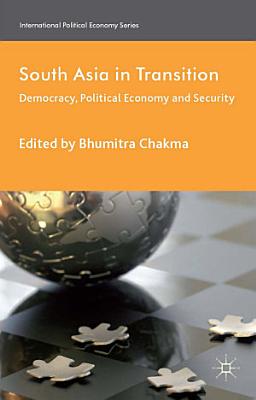 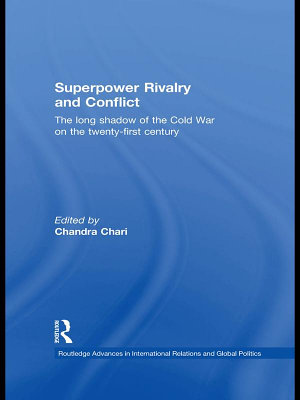 Variously described by historians and thinkers as the ‘most terrible century in Western history’, ‘a century of massacres and wars’ and the ‘most violent century in human history’, the 20th century – and in particular the period between the First World War and the collapse of the USSR – forms a coherent historical period which changed the entire face of human history within a few decades. This book examines the trajectory of the Cold War and the fallouts for the rest of the world to seek lessons for the 21st century to manage international relations today and avoid conflict. Written by experts in their field, the chapters provide an alternative perspective to the Western-paradigm dominated international relations theory. The book examines for example whether now in the 21st century the unipolar moment has passed and if the changing economic balance of power, thrown up by globalization, has led to the emergence of a multipolar world capable of economic and multilateral cooperation. It discusses the potential of new cooperative security frameworks, which would provide an impetus to disarmament and protection of the environment globally and asks if nuclear disarmament is feasible and necessary. The book highlights areas in which the potential for conflict is ingrained. Offering Asian perspectives on these issues – perspectives from countries like Afganistan, Vietnam, West Asia and Pakistan which were embroiled in the Cold War as mere pawns and which have become flashpoints for conflict in our century – this book is an important contribution to the ongoing debate. 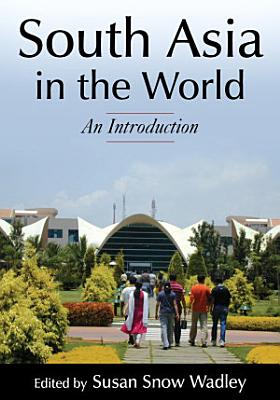 This is the first book in M. E. Sharpe's new Foundations in Global Studies series and it offers a comprehensive introduction to this important region. The book opens with an overview of the area and it also features: a fresh, global perspective, foundational overviews, case studies, extensive resource notes, and end-of-chapter bibliographic materials. 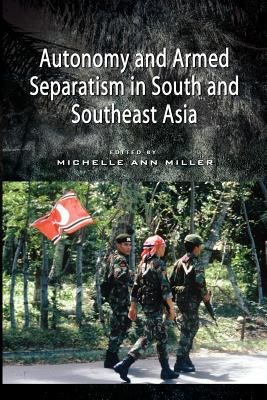 Armed separatist insurgencies have created a real dilemma for many national governments of how much freedom to grant aggrieved minorities without releasing territorial sovereignty over the nation-state. This book examines different approaches that have been taken by seven states in South and Southeast Asia to try and resolve this dilemma through various offers of autonomy. Providing new insights into the conditions under which autonomy arrangements exacerbate or alleviate the problem of armed separatism, this comprehensive book includes in-depth analysis of the circumstances that lead men and women to take up arms in an effort to remove themselves from the state's borders by creating their own independent polity.