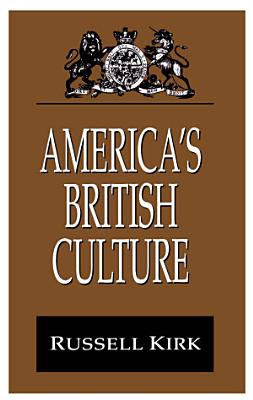 It is an incontestable fact of history that the United States, although a multiethnic nation, derives its language, mores, political purposes, and institutions from Great Britain. The two nations share a common history, religious heritage, pattern of law and politics, and a body of great literature. Yet, America cannot be wholly confident that this heritage will endure forever. Declining standards in education and the strident claims of multiculturalists threaten to sever the vital Anglo-American link that ensures cultural order and continuity. In "America's British Culture", now in paperback, Russell Kirk offers a brilliant summary account and spirited defense of the culture that the people of the United States have inherited from Great Britain. Kirk discerns four essential areas of influence. The language and literature of England carried with it a tradition of liberty and order as well as certain assumptions about the human condition and ethical conduct. American common and positive law, being derived from English law, gives fuller protection to the individual than does the legal system of any other country. The American form of representative government is patterned on the English parliamentary system. Finally, there is the body of mores - moral habits, beliefs, conventions, customs - that compose an ethical heritage. Elegantly written and deeply learned, "America's British Culture" is an insightful inquiry into history and a plea for cultural renewal and continuity. Adam De Vore in "The Michigan Review" said of the book: "A compact but stimulating tract...a contribution to an over-due cultural renewal and reinvigoration...Kirk evinces an increasingly uncommon reverence for historical accuracy, academic integrity and the understanding of one's cultural heritage," and Merrie Cave in "The Salisbury Review" said of the author: "Russell Kirk has been one of the most important influences in the revival of American conservatism since the fifties. [Kirk] belongs to an 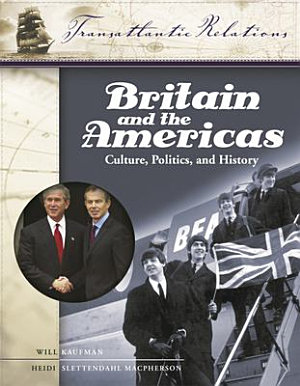 This comprehensive survey also traces how the Americas have in turn influenced contemporary Britain from the Americanization of language and politics to the impact of music and migration from the West Indies. Complete with an extensive introduction and a chronology of key events, this two-volume encyclopedia contains introductory essays focusing on the four prime areas of British Atlantic engagement-Canada, the Caribbean, the United States, and Latin America. Students of a wide range of disciplines, as well as the lay reader, will appreciate this exhaustive survey, which traces the common themes of British policy and influence throughout the Americas and highlights how Britain has in benefited from the influence of American democracy, technology, culture and politics. 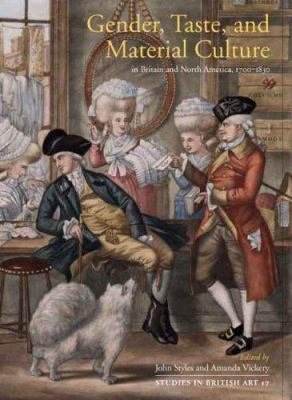 Between 1700 and 1830, men and women in the English-speaking territories framing the Atlantic gained unprecedented access to material things. The British Atlantic was an empire of goods, held together not just by political authority and a common language, but by a shared material culture nourished by constant flows of commodities. Diets expanded to include exotic luxuries such as tea and sugar, the fruits of mercantile and colonial expansion. Homes were furnished with novel goods, like clocks and earthenware teapots, the products of British industrial ingenuity. This groundbreaking book compares these developments in Britain and North America, bringing together a multi-disciplinary group of scholars to consider basic questions about women, men, and objects in these regions. In asking who did the shopping, how things were used, and why they became the subject of political dispute, the essays show the profound significance of everyday objects in the eighteenth-century Atlantic world. 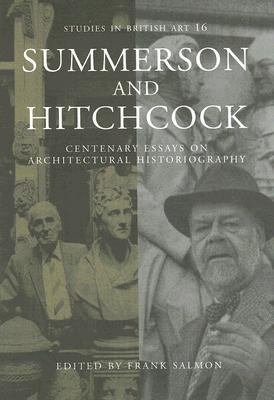 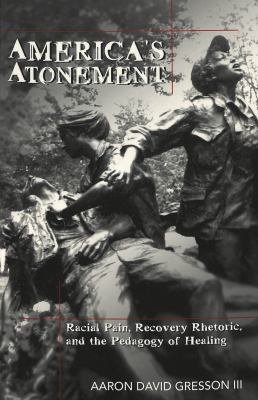 How does a nation redeem itself? What ideas, values, and strategies get mobilized in order for a nation to feel good about itself again? Is such a recovery possible for an entire people? America's Atonement provides one answer to these and related questions by arguing that racial pain, notably white racial pain, provides a metaphor for understanding a wide range of redemption-aimed cultural practices, ranging from the Yellow Ribbon Movement (1972-1992) to the current wave of recovery movies such as Disclosure and Forrest Gump. 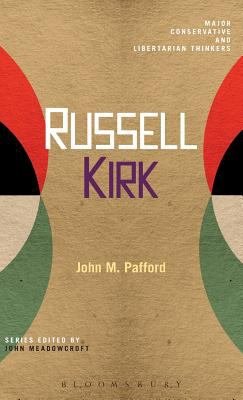 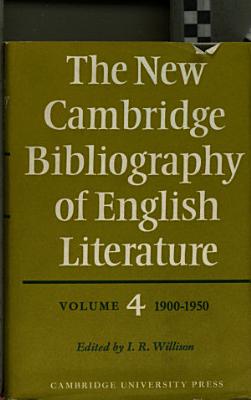 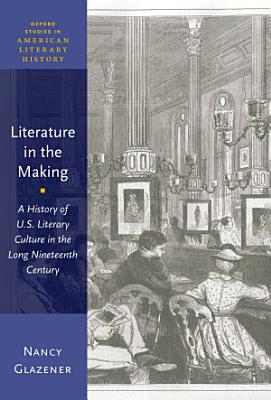 In the eighteenth century, literature meant learned writings; by the twentieth century, literature had come to be identified with imaginative, aesthetically significant works, and academic literary studies had developed special protocols for interpreting and valuing literary texts. Literature in the Making examines what happened in between: how literature came to be more precisely specified and valued; how it was organized into genres, canons, and national traditions; and how it became the basis for departments of modern languages and literatures in research universities. Modern literature, the version of literature familiar today, was an international invention, but it was forged when literary cultures, traditions, and publishing industries were mainly organized nationally. Literature in the Making examines modern literature's coalescence and institutionalization in the United States, considered as an instructive instance of a phenomenon that was going global. Since modern literature initially offered a way to formulate the value of legacy texts by authors such as Homer, Cervantes, and Shakespeare, however, the development of literature and literary culture in the U.S. was fundamentally transnational. Literature in the Making argues that Shakespeare studies, one of the richest tracts of nineteenth-century U.S. literary culture, was a key domain in which literature came to be valued both for fuelling modern projects and for safeguarding values and practices that modernity put at risk-a foundational paradox that continues to shape literary studies and literary culture. Bringing together the histories of literature's competing conceptualizations, its print infrastructure, its changing status in higher education, and its life in public culture during the long nineteenth century, Literature in the Making offers a robust account of how and why literature mattered then and matters now. By highlighting the lively collaboration between academics and non-academics that prevailed before the ascendancy of the research university starkly divided experts from amateurs, Literature in the Making also opens new possibilities for envisioning how academics might partner with the reading public. 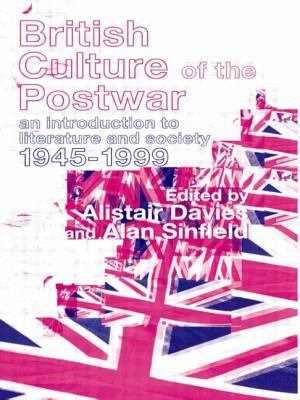 This work should be a helpful starting point for those studying cultural developments in Britain during the second half of the 20th century. Chapters on individual people and art forms give an overview of the progression of different genres at the time. 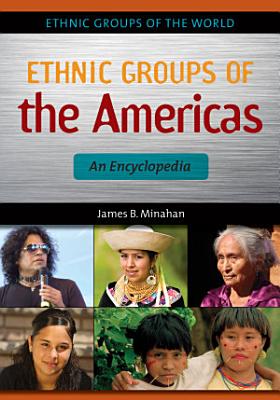 Intended to help students explore ethnic identity—one of the most important issues of the 21st century—this concise, one-stop reference presents rigorously researched content on the national groups and ethnicities of North America, Central America, South America, and the Caribbean. 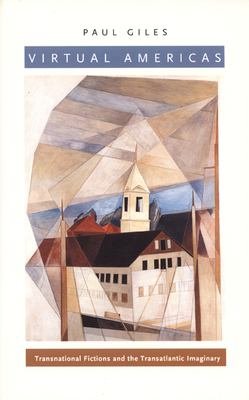 DIVA discussion on the ways in which representations in the U.S. have been deflected from mythic to "virtual" phenomena in literary and cultural works of the modern era./div 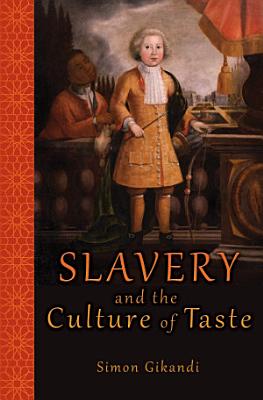 It would be easy to assume that, in the eighteenth century, slavery and the culture of taste--the world of politeness, manners, and aesthetics--existed as separate and unequal domains, unrelated in the spheres of social life. But to the contrary, Slavery and the Culture of Taste demonstrates that these two areas of modernity were surprisingly entwined. Ranging across Britain, the antebellum South, and the West Indies, and examining vast archives, including portraits, period paintings, personal narratives, and diaries, Simon Gikandi illustrates how the violence and ugliness of enslavement actually shaped theories of taste, notions of beauty, and practices of high culture, and how slavery's impurity informed and haunted the rarified customs of the time. Gikandi focuses on the ways that the enslavement of Africans and the profits derived from this exploitation enabled the moment of taste in European--mainly British--life, leading to a transformation of bourgeois ideas regarding freedom and selfhood. He explores how these connections played out in the immense fortunes made in the West Indies sugar colonies, supporting the lavish lives of English barons and altering the ideals that defined middle-class subjects. Discussing how the ownership of slaves turned the American planter class into a new aristocracy, Gikandi engages with the slaves' own response to the strange interplay of modern notions of freedom and the realities of bondage, and he emphasizes the aesthetic and cultural processes developed by slaves to create spaces of freedom outside the regimen of enforced labor and truncated leisure. Through a close look at the eighteenth century's many remarkable documents and artworks, Slavery and the Culture of Taste sets forth the tensions and contradictions entangling a brutal practice and the distinctions of civility. 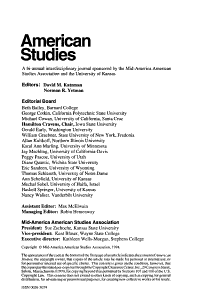 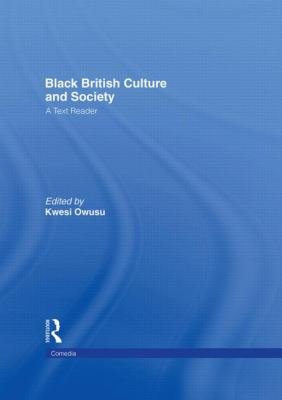