From the moment of its inception, the East German state sought to cast itself as a clean break from the horrors of National Socialism. Nonetheless, the precipitous rise of xenophobic, far-right parties across the present-day German East is only the latest evidence that the GDR’s legacy cannot be understood in isolation from the Nazi era nor the political upheavals of today. This provocative collection reflects on the heretofore ignored or repressed aspects of German mainstream society—including right-wing extremism, anti-Semitism and racism—to call for an ambitious renewal of historical research and political education to place East Germany in its proper historical context. 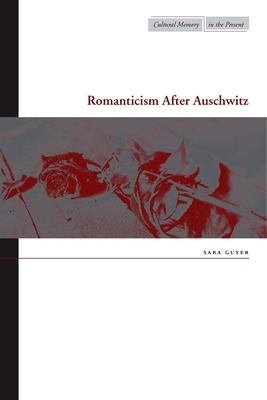 Romanticism After Auschwitz reveals how one of the most insistently anti-romantic discourses, post-Holocaust testimony, remains romantic, and proceeds to show how this insight compels a thorough rethinking of romanticism. 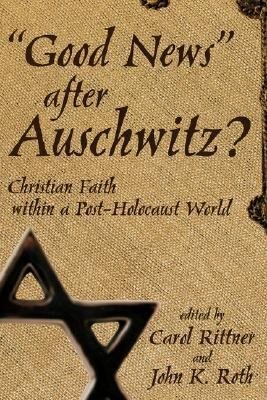 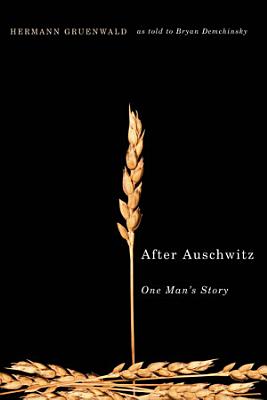 Gruenwald paints his life story onto the larger canvas of some of the great conflicts and movements of the twentieth century. He offers a vivid portrayal of growing up affluent and Jewish in class-conscious Hungary in the interwar period and of the initial promise and disillusioning reality of Hungarian communism. 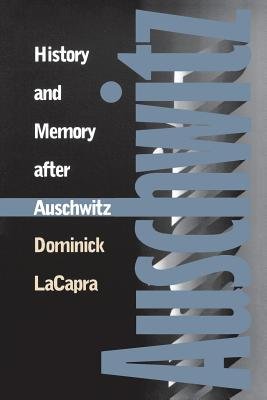 The relations between memory and history have recently become a subject of contention, and the implications of that debate are particularly troubling for aesthetic, ethical, and political issues. Dominick LaCapra focuses on the interactions among history, memory, and ethicopolitical concerns as they emerge in the aftermath of the Shoah. Particularly notable are his analyses of Albert Camus's novella The Fall, Claude Lanzmann's film Shoah, and Art Spiegelman's "comic book" Maus. LaCapra also considers the Historians' Debate in the aftermath of German reunification and the role of psychoanalysis in historical understanding and critical theory. In six essays, LaCapra addresses a series of related questions. Are there experiences whose traumatic nature blocks understanding and disrupts memory while producing belated effects that have an impact on attempts to address the past? Do some events present moral and representational issues even for groups or individuals not directly involved in them? Do those more directly involved have special responsibilities to the past and the way it is remembered in the present? Can or should historiography define itself in a purely scholarly and professional way that distances it from public memory and its ethical implications? Does art itself have a special responsibility with respect to traumatic events that remain invested with value and emotion? 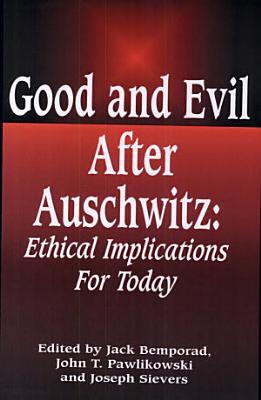 Good and Evil After Auschwitz is a compendium of the papers presented at an extraordinary symposium convened at the Vatican in 1998. It represents the views of more than thirty of the world's foremost theologians and religious thinkers on the inescapable moral question of our era, the problem of how, if at all, believers can reconcile their faith in a just and merciful God with the mass murder of millions of innocents during the Holocaust. Although the symposium took place in the Vatican, it gave voice to the thought and anguish of Jewish and Protestant thinkers as well as Roman Catholics. The participants came from many different countries and include many individuals well known in European intellectual and philosophical circles. The volume includes an interview with Marek Edelman, the last surviving leader of the Warsaw Ghetto uprising, and excerpts from the writings of Moshe Flinker, Etty Hillesum, and Dietrich Bonhoeffer. Good and Evil After Auschwitz is a powerful and thought-provoking book. The profoundly moving contributions by the symposium participants can serve as signposts to guide us in the effort to confront the awesome questions posed by the Holocaust, even as they remind us that no human answer can possibly be adequate to its enormity. 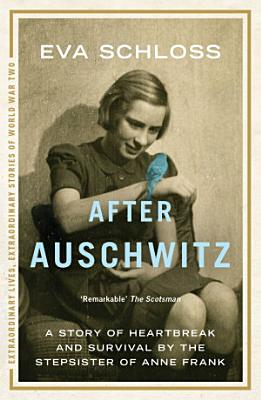 Eva was arrested by the Nazis on her fifteenth birthday and sent to Auschwitz. Her survival depended on endless strokes of luck, her own determination and the love and protection of her mother Fritzi, who was deported with her. When Auschwitz was liberated, Eva and Fritzi began the long journey home. They searched desperately for Eva's father and brother, from whom they had been separated. The news came some months later. Tragically, both men had been killed. Before the war, in Amsterdam, Eva had become friendly with a young girl called Anne Frank. Though their fates were very different, Eva's life was set to be entwined with her friend's for ever more, after her mother Fritzi married Anne's father Otto Frank in 1953. This is a searingly honest account of how an ordinary person survived the Holocaust. Eva's memories and descriptions are heartbreakingly clear, her account brings the horror as close as it can possibly be. But this is also an exploration of what happened next, of Eva's struggle to live with herself after the war and to continue the work of her step-father Otto, ensuring that the legacy of Anne Frank is never forgotten. 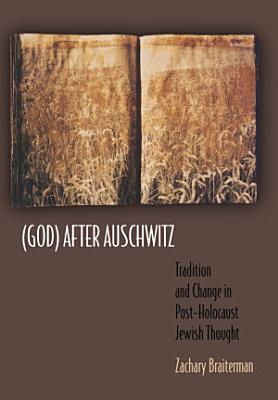 The impact of technology-enhanced mass death in the twentieth century, argues Zachary Braiterman, has profoundly affected the future shape of religious thought. In his provocative book, the author shows how key Jewish theologians faced the memory of Auschwitz by rejecting traditional theodicy, abandoning any attempt to justify and vindicate the relationship between God and catastrophic suffering. The author terms this rejection "Antitheodicy," the refusal to accept that relationship. It finds voice in the writings of three particular theologians: Richard Rubenstein, Eliezer Berkovits, and Emil Fackenheim. This book is the first to bring postmodern philosophical and literary approaches into conversation with post-Holocaust Jewish thought. Drawing on the work of Mieke Bal, Harold Bloom, Jacques Derrida, Umberto Eco, Michel Foucault, and others, Braiterman assesses how Jewish intellectuals reinterpret Bible and Midrash to re-create religious thought for the age after Auschwitz. In this process, he provides a model for reconstructing Jewish life and philosophy in the wake of the Holocaust. His work contributes to the postmodern turn in contemporary Jewish studies and today's creative theology. 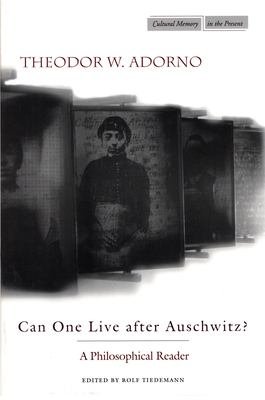 This is a comprehensive collection of readings from the work of Theodor Adorno, one of the most influential German thinkers of the twentieth century. What took place in Auschwitz revokes what Adorno termed the "Western legacy of positivity,” the innermost substance of traditional philosophy. The prime task of philosophy then remains to reflect on its own failure, its own complicity in such events. Yet in linking the question of philosophy to historical occurrence, Adorno seems not to have abandoned his paradoxical, life-long hope that philosophy might not be entirely closed to the idea of redemption. He prepares for an altogether different praxis, one no longer conceived in traditionally Marxist terms but rather to be gleaned from "metaphysical experience.” In this collection, Adorno's literary executor has assembled the definitive introduction to his thinking. Its five sections anatomize the range of Adorno's concerns: "Toward a New Categorical Imperative,” "Damaged Life,” "Administered World, Reified Thought,” "Art, Memory of Suffering,” and "A Philosophy That Keeps Itself Alive.” A substantial number of Adorno’s writings included appear here in English for the first time. This collection comes with an eloquent introduction from Rolf Tiedemann, the literary executor of Adorno’s work. 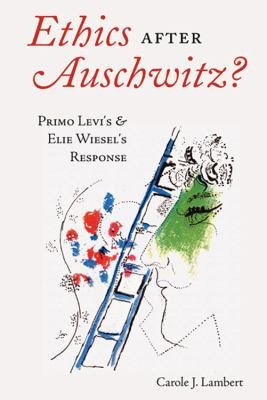 Ethics after Auschwitz? Primo Levi's and Elie Wiesel's Response demonstrates how, after their horrific experiences in Auschwitz, both Primo Levi and Elie Wiesel could have deservedly expressed rage and bitterness for the rest of their lives. Housed in the same barracks in the depths of hell, a dark reality surpassing Dante's vivid images portrayed in The Inferno, they chose to speak, write, and work for a better world, never allowing the memory of those who did not survive to fade. Why and how did they make this choice? What influenced their values before Auschwitz and their moral decision making after it? What can others who have suffered less devastating traumas learn from them? «The quest is in the question», Wiesel often tells his students. This book is a quest for hope and goodness emerging from the Shoah's deepest «night». 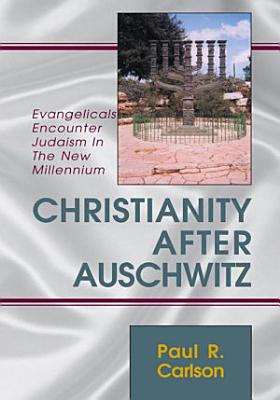 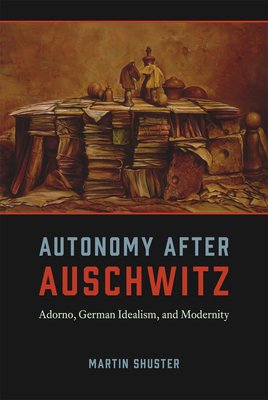 Could our modern commitment to freedom be related to or even cause a variety of extreme modern evils, most notably (but not exclusively) Auschwitz? Ever since Kant and Hegel, the notion of autonomythe idea that we are beholden to no law except one imposed upon ourselvesis considered the truest philosophical expression of free human agency. In this context, philosopher Martin Shuster examines the notion of autonomy and its relationship to modern evil. Taking its cue from the work of Theodor Adorno, this book shows that the notion of autonomy, as emblematically conceived in this German philosophical tradition, is not only self-defeating and unstable, but also dangerous and connected to extreme evils like genocide because it ultimately dissolves our capacities for reason, especially practical reason, and thereby our very standing as agents. Examining Adorno s understanding of modern evil in the context of his debate with Kant on autonomous agency, Shuster shows how Adorno developed a conception of autonomous agency that manages to avoid any connection to extreme evil. Throughout, Adorno is put into dialogue not only with many traditional European philosophical interlocutors (including Kant, Hegel, Horkheimer, Heidegger, and Merleau-Ponty), but innovatively, also with a variety of Anglo-American thinkers such as Richard Rorty, Stanley Cavell, Bernard Williams, John McDowell, and Robert Pippin. Shuster aims to integrate and situate Adorno s work, then, within both traditions discussions of freedom and autonomy, demonstrate the deep ethical stakes that are involved in these debates, and offer new insights and lessons from Adorno s writings." 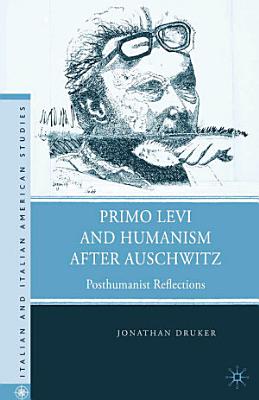 This innovative study reassesses Primo Levi's Holocaust memoirs in light of the posthumanist theories of Adorno, Levinas, Lyotard, and Foucault and finds causal links between certain Enlightenment ideas and the Nazi genocide. 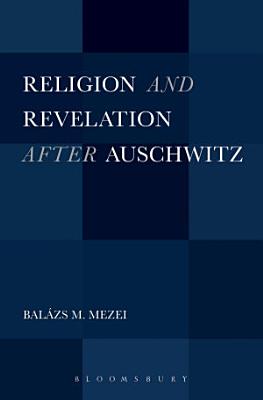 Religion After Auschwitz is a philosophical approach to the notion of revelation. Following such authors as A. Dulles, R. Swinburne, or K. Ward, Balazs Mezei investigates some of the main problems of revelation and connects them to the general problem of religion today. Religion is considered in the perspective of the age "after Auschwitz", an expression coined by Hans Jonas and further elaborated by J. B. Metz. Mezei develops the insights of these philosophers and investigates various aspects of religion and revelation "after Auschwitz": contemporary theistic philosophy, phenomenology, art, mysticism, and the question of university education today. A fascinating amalgam of subjects and approaches, Religion and Revelation After Auschwitz is an important contribution to contemporary discussions on the possibility of Catholic philosophy.