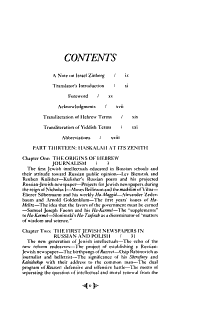 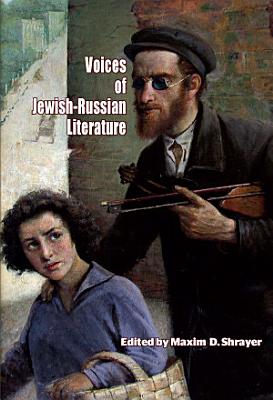 Edited by Maxim D. Shrayer, a leading specialist in Russia’s Jewish culture, this definitive anthology of major nineteenth- and twentieth-century fiction, nonfiction and poetry by eighty Jewish-Russian writers explores both timeless themes and specific tribulations of a people’s history. A living record of the rich and vibrant legacy of Russia’s Jews, this reader-friendly and comprehensive anthology features original English translations. In its selection and presentation, the anthology tilts in favor of human interest and readability. It is organized both chronologically and topically (e.g. “Seething Times: 1860s-1880s”; “Revolution and Emigration: 1920s-1930s”; “Late Soviet Empire and Collapse: 1960s-1990s”). A comprehensive headnote introduces each section. Individual selections have short essays containing information about the authors and the works that are relevant to the topic. The editor’s opening essay introduces the topic and relevant contexts at the beginning of the volume; the overview by the leading historian of Russian Jewry John D. Klier appears the end of the volume. Over 500,000 Russian-speaking Jews presently live in America and about 1 million in Israel, while only about 170,000 Jews remain in Russia. The great outflux of Jews from the former USSR and the post-Soviet states has changed the cultural habitat of world Jewry. A formidable force and a new Jewish Diaspora, Russian Jews are transforming the texture of daily life in the US and Canada, and Israel. A living memory, a space of survival and a record of success, Voice of Jewish-Russian Literature ensures the preservation and accessibility of the rich legacy of Russian-speaking Jews. 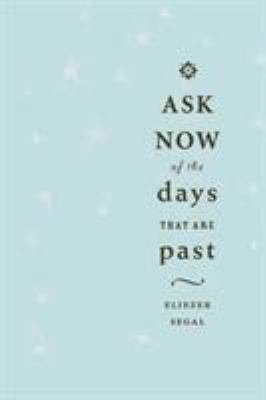 This collection of essays from various topics in Jewish history and traditional religious literature demonstrates the diverse aspects of Jewish tradition that can still speak with familiarity to modern 'western' culture. Though the essays are on topics such as religious custom and scholarship, community, liturgy, and interfaith relationships, they are designed for a non-academic audience, using humour and insight to stress themes that speak to contemporary situations. 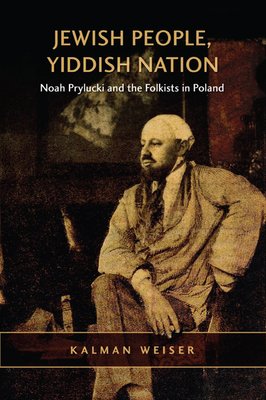 Noah Prylucki (1882-1941), a leading Jewish cultural and political figure in pre-Holocaust Eastern Europe, was a proponent of Yiddishism, a movement that promoted secular Yiddish culture as the basis for Jewish collective identity in the twentieth century. Prylucki's dramatic path - from russified Zionist raised in a Ukrainian shtetl, to Diaspora nationalist parliamentarian in metropolitan Warsaw, to professor of Yiddish in Soviet Lithuania - uniquely reflects the dilemmas and competing options facing the Jews of this era as life in Eastern Europe underwent radical transformation. Using hitherto unexplored archival sources, memoirs, interviews, and materials from the vibrant interwar Jewish and Polish presses, Kalman Weiser investigates the rise and fall of Yiddishism and of Prylucki's political party, the Folkists, in the post-World War One era. Jewish People, Yiddish Nation reveals the life of a remarkable individual and the fortunes of a major cultural movement that has long been obscured. 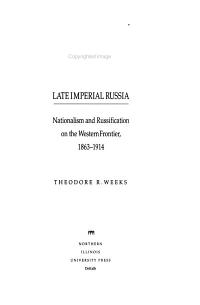 If one were to pick a single explanation for the fall of the tsarist and Soviet empires, it might well be Russia's inability to achieve a satisfactory relationship with non-Russian nationalities. Perhaps no other region demonstrates imperial Russia's "national dilemma" better than the western provinces and Kingdom of Poland, an extensive area inhabited by a diverse group of nationalities, including Poles, Jews, Ukrainians, Belorussians, Russians, and Lithuanians. Taking an in-depth look at this region during an era of intensifying national feeling, Weeks shows that the Russian government, even at the height of its empire, never came to terms with the question of nationality. Drawing upon little-known Russian and Polish archives, Weeks challenges widely held assumptions about the "national policy" of late imperial Russia and provides fresh insights into ethnicity in Russia and the former Soviet Union. He demonstrates that, rather than pursuing a plan of "russification," the tsarist government reacted to situations and failed to initiate policy. In spite of the Russians' great distrust of certain minority nationalities--especially Jews and Poles--the ruling elite was equally uncomfortable with the modern nationalism, even in its Russian form. Weeks demonstrates Russia's unwillingness (or inability) to use nationalistic policies to save the empire by examining its dilatory and contradictory actions regarding efforts to institute reforms in the western lands.

Vols. for 1980- issued in three parts: Series, Authors, and Titles. 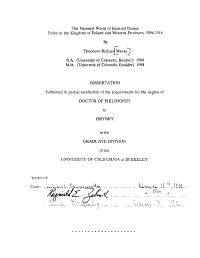 Discriminatory policies towards non-Russians antagonized these nationalities in Imperial Russia. But the government's unwillingness to pursue an actively russianist policy also alienated the Russian nationalists.

As the pioneering work in its field, Jewish Serials of the World brings together a diverse body of literature essential to the study of the Jewish press from 1674 to the present. It identifies pertinent primary source materials and provides comprehensive coverage of the secondary literature in a field where no bibliographical control has ever existed. Arranged for the most part geographically, the citations include descriptions of significant publications of books, pamphlets, theses and articles, as well as jubilee issues of Jewish newspapers and magazines. In addition to internal cross-references, the work also contains subject and author indexes.