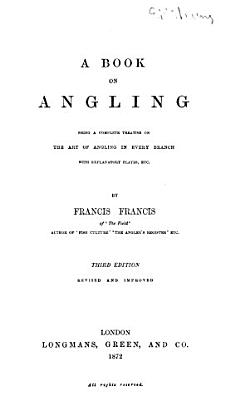 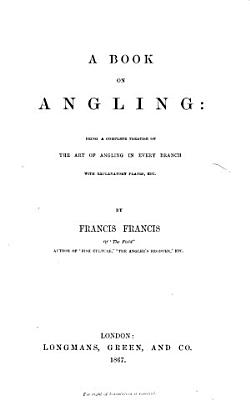 PREFACE. THE Author of this very practical treatise on Scotch Loch - Fishing desires clearly that it may be of use to all who had it. He does not pretend to have written anything new, but to have attempted to put what he has to say in as readable a form as possible. Everything in the way of the history and habits of fish has been studiously avoided, and technicalities have been used as sparingly as possible. The writing of this book has afforded him pleasure in his leisure moments, and that pleasure would be much increased if he knew that the perusal of it would create any bond of sympathy between himself and the angling community in general. This section is interleaved with blank shects for the readers notes. The Author need hardly say that any suggestions addressed to the case of the publishers, will meet with consideration in a future edition. We do not pretend to write or enlarge upon a new subject. Much has been said and written-and well said and written too on the art of fishing but loch-fishing has been rather looked upon as a second-rate performance, and to dispel this idea is one of the objects for which this present treatise has been written. Far be it from us to say anything against fishing, lawfully practised in any form but many pent up in our large towns will bear us out when me say that, on the whole, a days loch-fishing is the most convenient. One great matter is, that the loch-fisher is depend- ent on nothing but enough wind to curl the water, -and on a large loch it is very seldom that a dead calm prevails all day, -and can make his arrangements for a day, weeks beforehand whereas the stream- fisher is dependent for a good take on the state of the water and however pleasant and easy it may be for one living near the banks of a good trout stream or river, it is quite another matter to arrange for a days river-fishing, if one is looking forward to a holiday at a date some weeks ahead. Providence may favour the expectant angler with a good day, and the water in order but experience has taught most of us that the good days are in the minority, and that, as is the case with our rapid running streams, -such as many of our northern streams are, -the water is either too large or too small, unless, as previously remarked, you live near at hand, and can catch it at its best. A common belief in regard to loch-fishing is, that the tyro and the experienced angler have nearly the same chance in fishing, -the one from the stern and the other from the bow of the same boat. Of all the absurd beliefs as to loch-fishing, this is one of the most absurd. Try it. Give the tyro either end of the boat he likes give him a cast of ally flies he may fancy, or even a cast similar to those which a crack may be using and if he catches one for every three the other has, he may consider himself very lucky. Of course there are lochs where the fish are not abundant, and a beginner may come across as many as an older fisher but we speak of lochs where there are fish to be caught, and where each has a fair chance. Again, it is said that the boatman has as much to do with catching trout in a loch as the angler. Well, we dont deny that. In an untried loch it is necessary to have the guidance of a good boatman but the same argument holds good as to stream-fishing... 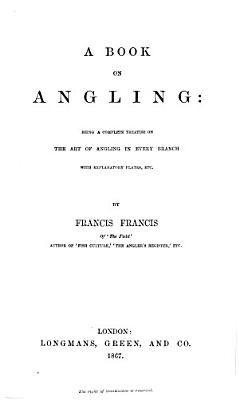 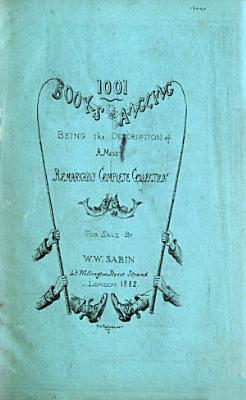 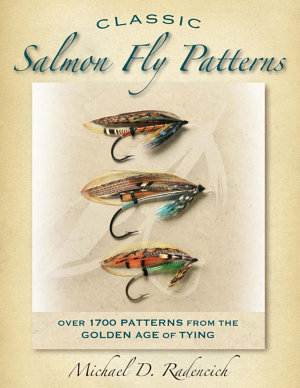 The most complete collection of classic salmon fly patterns ever compiled. 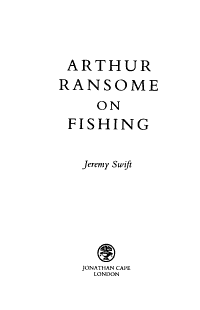 Arthur Ransome began to fish as a boy in the Lake District, but the pursuit became almost an obsession when he lived in Russia during World War I and reported the Revolution and its aftermath for the Daily News and the Manchester Guardian. When he returned to England with Trotsky's secretary as his wife, he settled in Lakeland and began his four-year weekly column Rod and Line for the Guardian, stopping only to write the twelve Swallows and Amazons books for children which made him famous. Although he published a few of these and other fishing essays in two books, Rod and Line and Mainly about Fishing, most of his writing and broadcasting on the subject has never appeared in book form. 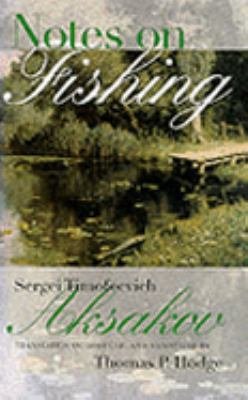 "Notes on Fishing was Sergei Aksakov's first book, and Russia's first angling treatise. Notes, which has been compared to Izaak Walton's The Compleat Angler, presents a Russian gentleman's affectionate observations on the fishing tackle, angling techniques, and fish species he came to know during five decades of adventure-filled fishing in the vast Russian steppe and environs of Moscow." "Notes on Fishing, however, goes beyond more discourse on angling; it offers a rich multitude of viewpoints: philosophical, literary, linguistic, ethnographic, biological, and conservationist. Aksakov has imbued his notes with a deep fondness for the Russian land and an expertly conveyed atmosphere of personal and national nostalgia." --Book Jacket. 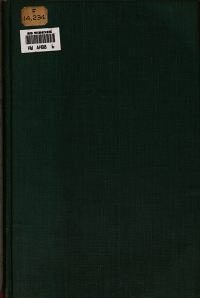 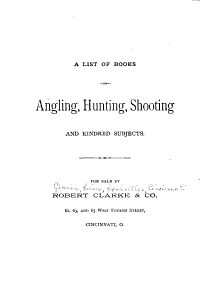