This book has been considered by academicians and scholars of great significance and value to literature. This forms a part of the knowledge base for future generations. So that the book is never forgotten we have represented this book in a print format as the same form as it was originally first published. Hence any marks or annotations seen are left intentionally to preserve its true nature. 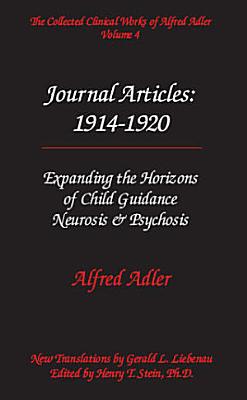 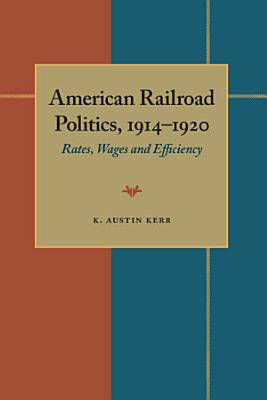 This book examines the concern of a variety of interest groups with federal policy toward railroads, concentrating on the crucial years during World War I when the federal government ran the industry, and prior to the passage of the Transportation Act of 1920. Through extensive archival research, James A. Kerr describes the political dealings among those involved in railroad-government relations: labor leaders; shippers; railroad executives; and financiers; and analyzes the motivations that influenced policymaking. 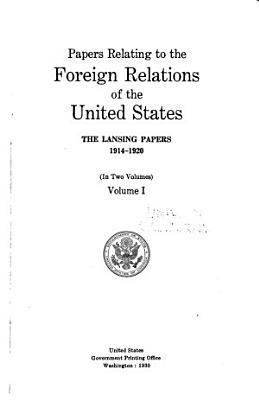 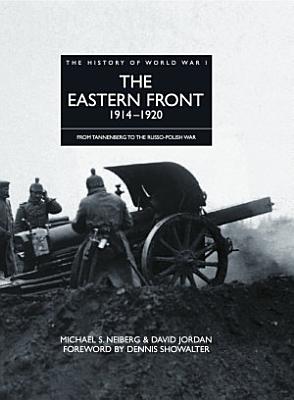 The History of World War I series recounts the battles and campaigns of the 'Great War'. From the Falkland Islands to the lakes of Africa, across the Eastern and Western Fronts, to the former German colonies in the Pacific, the World War I series provides a six-volume history of the battles and campaigns that raged on land, at sea and in the air. In 1914, the autocratic Russian Empire was allied to the democracies of France and Great Britain – and the small Kingdom of Serbia – through a series of treaties concluded in the late nineteenth and early twentieth centuries, and designed to counter the threat of the Central Powers of Germany and Austria-Hungary. With the outbreak of war in August, the Russian forces mobilized and moved into the attack. Despite being outnumbered, the German commander, Paul von Hindenburg, destroyed one Russian army at the Battle of Tannenberg in August 1914, before defeating another at the Battle of the Masurian Lakes the following month. The Russians fared better against the Austro-Hungarian forces further south in Galicia, before reluctant German intervention to help their allies stabilized the situation. The year 1915 saw the German High Command switch their main effort to the Eastern Front, resulting in the decisive German victory at Gorlice-Tarnow, and the subsequent capture of Warsaw and hundreds of square miles of formerly Russian-controlled territory. The Russian Brusilov Offensive in the summer of 1916 and the Romanian entry into the war on the Allied side saw the latter's fortunes revive, but the success proved to be only temporary. Brusilov's attack stalled, while Romania was effectively knocked out of the war by a joint Central Powers offensive led by Germany and Bulgaria. Increasing unrest in Russia culminated in the first revolution of 1917 and the abdication of Tsar Nicholas II. The offensives of the Russian Provisional Government failed, and a second revolution in November saw Lenin's Bolsheviks seize power. Having made peace with the Central Powers, the Bolsheviks fought the anti-Bolshevik 'White' Russian forces in the Civil War that followed, while a number of Allied powers sent forces to help the Whites. This conflict, combined with war with the newly-revived state of Poland in 1919, meant that large-scale fighting in Russia did not end until late 1920. The length of the front in the East was much longer than in the West. The theatre of war was roughly delimited by the Baltic Sea in the West and Moscow in the East, a distance of 1,200 kilometres, and Saint Petersburg in the North and the Black Sea in the South, a distance of more than 1,600 kilometres. This had a drastic effect on the nature of the warfare. While World War I on the Western Front developed into trench warfare for much of the war, the battle lines on the Eastern Front were much more fluid, and trenches never truly developed. The greater length of the front ensured that the density of soldiers in the line was lower so the line was easier to break. Once broken, the sparse communication networks made it difficult for the defender to rush reinforcements to the rupture in the line to mount a rapid counteroffensive and seal off a breakthrough. The terrain in the Eastern European theatre was quite solid, often making it near impossible to construct anything resembling the complicated trench systems on the Western Front, which tended to have muddier and much more workable terrain. In short, in the east the side defending did not have the overwhelming advantages it had on the Western Front. In fact the greatest advance of the whole war was made in the East by the German Army in the summer of 1915. With the aid of over 300 black and white and colour photographs, complemented by full-colour maps, The Eastern Front provides a detailed guide to the background and conduct of the conflict on the Eastern Front, up to and including the Russian Civil War and the Russo-Polish War. 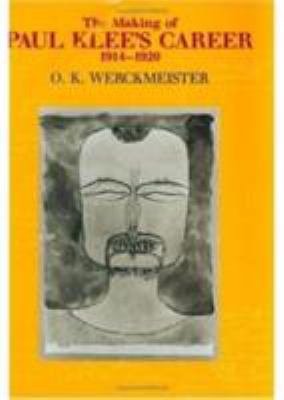 Paul Klee—one of the preeminent artists of the twentieth century—was associated with all of the major movements of the first half of the century: expressionism, cubism, surrealism, and abstraction. In this economic and political history, O. K. Werckmeister traces Klee's career as a professional artist, concentrating on the years 1914-20 in which Klee rose from obscurity to recognition in the visual culture of the incipient Weimar Republic. Werckmeister reveals the degree to which Klee, who has been traditionally portrayed as aloof from politics and the vicissitudes of the art market, was subject to and interacted with material conditions. Drawing on rich documentary evidence—records of Klee's sales, reviews of his exhibitions, the artist's published writings about his art, unpublished correspondence, as well as contemporary criticism—Werckmeister follows Klee's transformation from an idiosyncratic abstract individualist to a metaphysical storyteller to mystical sage. Werckmeister argues that this latter image was promoted by a number of influential art critics and dealers acting in cooperation with the artist himself. This posture prompted Klee's success first in the war-weary modernist art world of 1916-18 and then in the pseudo-revolutionary art world of 1919-20. This work is a critical challenge to the myth of Klee's art and to the hagiography of his artistic personality. Werckmeister's historical account is sure to be a controversial yet significant contribution to Klee studies—one that will change the nature of Klee scholarship for some time to come. 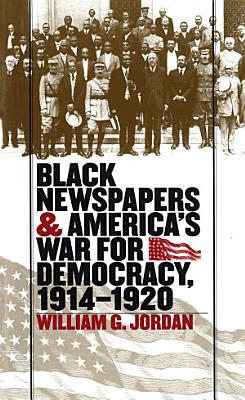 During World War I, the publishers of America's crusading black newspapers faced a difficult dilemma. Would it be better to advance the interests of African Americans by affirming their patriotism and offering support of President Wilson's war for democracy in Europe, or should they demand that the government take concrete steps to stop the lynching, segregation, and disfranchisement of blacks at home as a condition of their participation in the war? This study of their efforts to resolve that dilemma offers important insights into the nature of black protest, race relations, and the role of the press in a republican system. William Jordan shows that before, during, and after the war, the black press engaged in a delicate and dangerous dance with the federal government and white America--at times making demands or holding firm, sometimes pledging loyalty, occasionally giving in. But although others have argued that the black press compromised too much, Jordan demonstrates that, given the circumstances, its strategic combination of protest and accommodation was remarkably effective. While resisting persistent threats of censorship, the black press consistently worked at educating America about the need for racial justice. 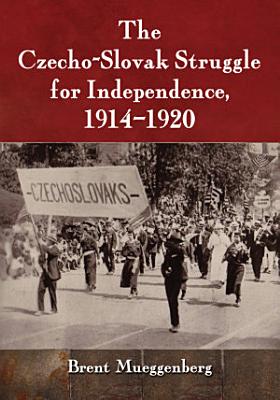 The calamity of World War I spawned dozens of liberation movements among ethnic and religious groups throughout the world. None was more successful in realizing the goal of self-determination than the Czechs and Slovaks. From its humble beginning the Czecho-Slovak liberation movement grew into an impressive struggle that was waged from the capitals of Western Europe to the frozen steppes of Siberia. Its ranks included exiled propagandists, war prisoners-turned-legionaries and conspirators inside Austria-Hungary. This book shows how these groups overcame their estrangements and coordinated their efforts to win independence for their homeland. It also examines the consequences of the Czecho-Slovaks’ achievements, including their entanglement in the Russian Civil War and their impact on the postwar settlements that redrew the political boundaries of Central Europe. 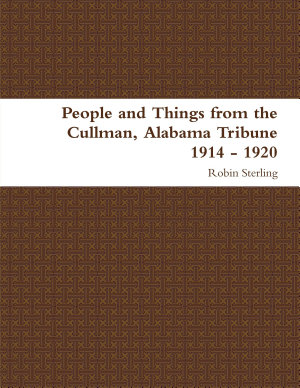 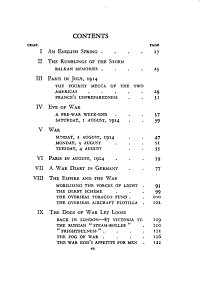 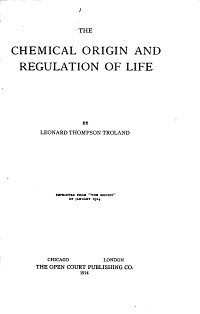 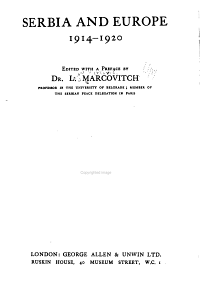 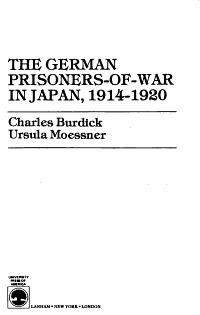 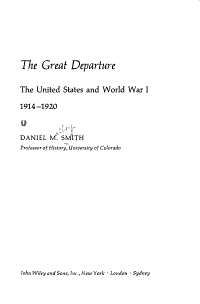 A short history of American involvement in WWI, from initial confusion and neutrality, to eventual rejection of isolationism, to entry into the war, to the final refusal to sign the Versailles Treaty or participate in the League of Nations.